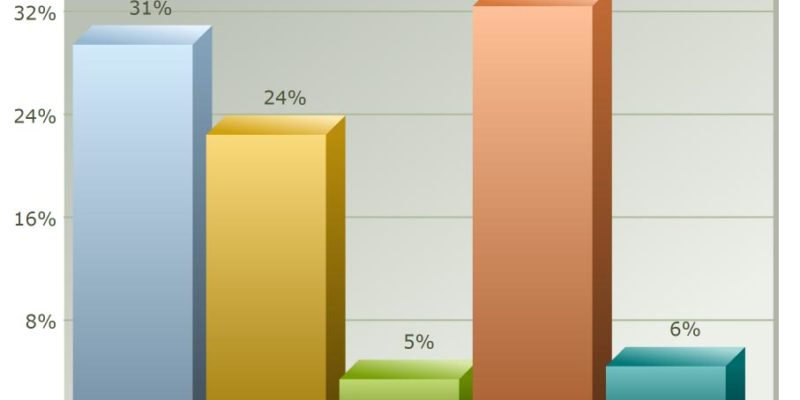 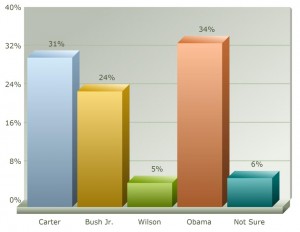 That’s what a new poll says about our current president.

In what might be his last electoral victory, Barack Obama beats Jimmy Carter by three points, 34 percent to 31 percent. Obama’s predecessor George W. Bush was third with 24 percent, while five percent, perhaps history buffs or afficionados of Jonah Goldberg’s Liberal Fascism, rated Woodrow Wilson as the worst of the group.

Adams, Herzog & Filippi Analytics conducted the poll on Monday and Tuesday. The sample size was 1,438 people, with 36 percent reporting themselves independents, 31 percent Democrats and 30 percent Republicans.