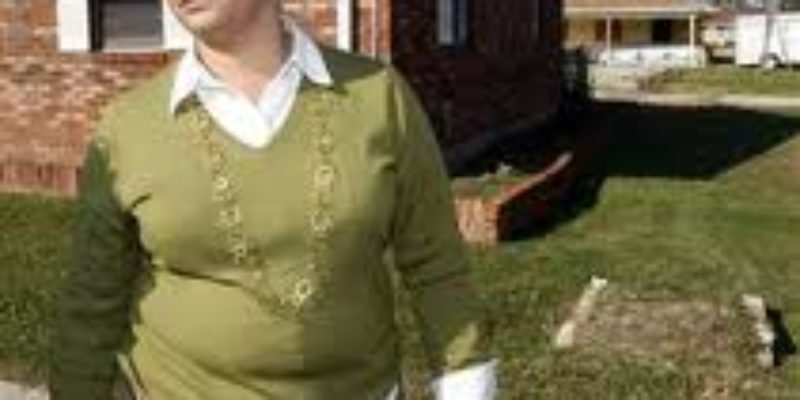 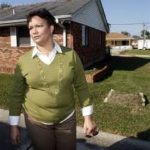 Lisa Jackson, Administrator of the Environmental Protection Agency for Barack Obama, calls Louisiana home, having grown up in Pontchartrain Park, pictured here, in the Gentilly area of New Orleans.  Yet her policy positions, her ideology, and her actions have been anything but supportive of her home state.

Born in Philadelphia, Jackson was adopted within a few weeks of her birth, and was raised in Pontchartrain Park, a neighborhood that was developed after WWII for middle class blacks at a time when New Orleans was heavily segregated.  Her mother still resided their when hurricane Katrina caused as much as twenty feet of water to submerge the neighborhood, making it virtually uninhabitable.  The area is recovering today under the leadership of another product of the neighborhood, actor Wendell Pierce, trombone player in the HBO series Treme.  Other familiar names, and childhood friends or acquaintances of Jackson, include mayors Dutch and Marc Morial, district attorney Eddie Jordan, and jazz musician Terrence Blanchard.

Pontchartrain Park must have offered an inspiring and motivating environment to host such a commendable group of success stories.  And while others have stayed or returned to help strengthen Louisiana and rebuild New Orleans, Jackson has supported policies that are harmful to the state.  Cite the role her agency played in the inept federal response to the Gulf oil spill, her mandating that CO2 and other greenhouse gases fall under her jurisdiction under the Clean Air Act despite tainted scientific findings to support her position (not to mention the absence of legislation so empowering her), and especially her general disdain for the fossil fuels which contribute significantly to the region’s economy.

Jackson began her career with the EPA in 1986 and spent 16 years there before joining the New Jersey Department of Environmental Protection, first as an assistant commissioner, then as Commissioner, and had only recently accepted the position of Chief of Staff for then Governor Jon Corzine when Obama tapped her to run the EPA.  So there’s not a lot of diversity in her experiences, having looked at environmental issues from within government her entire career.

Nor is there a wealth of achievement, for other than having written the New Jersey global warming law, most of her career has been fraught with mediocrity and claims of being perhaps less than fully competent.  But as that Huffington Post article notes, in familiar left wing soliloquy,

Many prominent New Jersey environmental advocates say that Jackson inherited most of the department’s problems from previous commissioners, and from staff cuts made by former New Jersey Gov. Christie Todd Whitman, who went on to become EPA administrator herself under President Bush.

And who can forget the EPA’s confusing lack of leadership over use of the dispersant Corexit in one of BP’s attempts to lessen the impact of the Gulf oil spill?  Corexit was on the EPA’s approved list of dispersants, and was the only one available in sufficient quantities to have any hope of being effective.  Despite their having approved it previously, the EPA crawfished so they could study the long term toxic effects one would presume they had already studied at length.  As Tony Hayward commented,

“We have used dispersants from the beginning that are on the EPA-approved list,” Hayward said. “Everything that we do with dispersants is with the explicit approval of the EPA, both in terms of dispersant type and the quantity, volume applied over any 24-hour period. And that continues.”

But it was not good enough for the Louisiana raised head of the EPA that her agency had given prior approval to the use of Corexit.  In the height of a crisis that threatened her home state, she wanted to study it some more.

Finally, there is her position on the use of fossil fuels, that resource that figuratively fuels the Louisiana economy and literally fuels the nation.  Her ideology says that fossil fuels have to go, and sooner rather than later, because she firmly believes that the CO2 emitted during their use is harmful to the environment.  When asked her position on the discrediting nature of the “climategate” scandal, Jackson told the Senate Environment and Public Works committee that

“I do not agree that the IPCC has been totally discredited in any way,” Jackson said, adding that it is important to understand that the IPCC is a body that follows open and impartial practices.

Yet later, during Senate hearings over her proposed budget, she again crawfished, saying

In my opening statement, I didn’t quote one international scientist or IPCC report. … We are quoting the American scientific community here.

But perhaps most telling are her remarks to a Tampa reporter when asked her thoughts on the Clinton era EPA forcing Tampa Electric to convert from coal to natural gas to reduce its emissions.

Burning natural gas for baseload power is like burning your antique furniture in the fireplace.

Louisiana has produced many of questionable character and judgment who have brought embarrassment, shame and harm to the state.  Edwin Edwards, the Long family, and David Duke immediately come to mind.

Should the name of Lisa Jackson be included on that list?

Interested in more national news? We've got you covered! See More National News
Previous Article From An E-Mail That’s Going Around…
Next Article Where Do These People Come From?