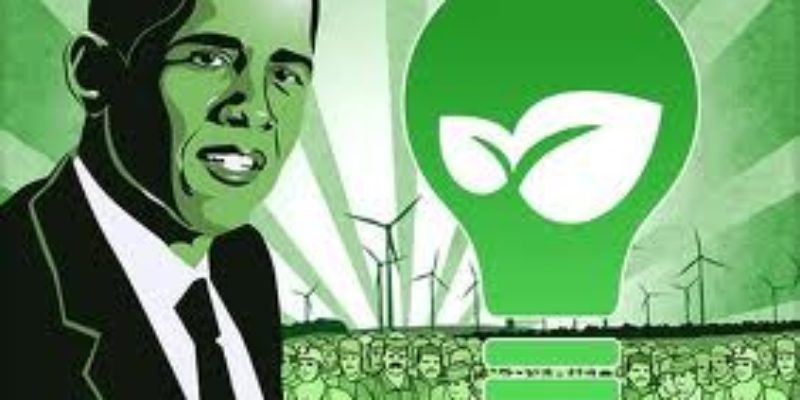 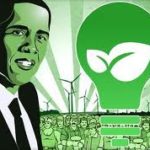 After months of hearing the Obama administration tout the promise that green jobs would provide the path to renewed economic greatness, the silence on that subject is almost deafening.

About $92million of the president’s stimulus funding was targeted at green jobs, but only about $20million has been spent. And it’s a good thing, for according to the Department of Energy, about 82,000 jobs have been created and 80% of funding for green programs, including $2.3billion in manufacturing tax credits, went to companies who employ their primary workforce in China, South Korea and Spain.

For example, a report issued last fall by American University’s Investigative Reporting Workshop that proved highly embarrassing to the administration indicated that eleven US wind farms used their stimulus grants to purchase over 70% of their turbines from overseas manufacturers.

It seems that grants for wind turbines and solar panels created manufacturing jobs overseas rather than domestically as the administration presumably envisioned. Congressional Democrats are livid, but little can be done to force domestic purchasing without creating a trade war. And the United Steelworkers union has filed a lawsuit against China accusing them of subsidizing their manufacturers of such products so as to own the market. (An interesting aside, that unions welcome our government to fund them against pension collapses, state employee layoffs, or to “save” General Motors, but if China subsidizes their industries, they aren’t playing fair.)

But with the escalating evidence that green jobs, and American greenbacks, are moving overseas, the administration and its environmental supporters quietly abandoned their efforts to promote green jobs as the panacea our economy needs.

And that’s a good thing, for you may recall that, as Obama was promoting the US emulating Germany, Spain, Denmark, and Japan, we were reporting on the devastatingly destructive such programs were having on the economies of those countries.

So don’t be overly angry that your tax dollars went to the creation of jobs in China. Rather, be grateful that this fact came to light before Chinese wind turbines and solar panels littered our majestic mountains and fruited plain, and drove our economy into a European tailspin.