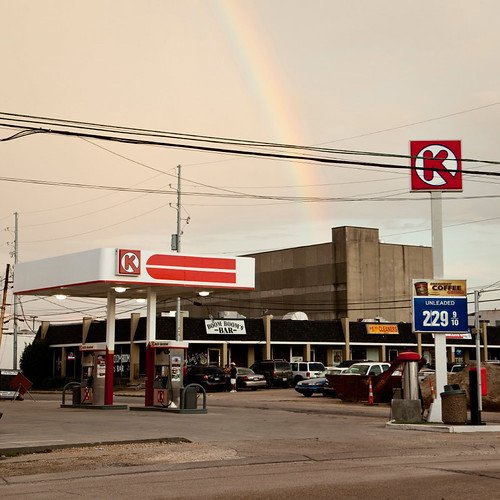 Editor’s note: Walt Bennetti, the Publisher of ClickJefferson.com and the author of this piece, spoke in opposition to this proposal. We’d have done the same; while local government has a legal power to control zoning within its jurisdiction and while the Fat City area in Metairie has been at least a little sketchy for quite a long time, this looks like the kind of intrusive, ripe-for-corruption imposition on private property rights that local politicians can’t be trusted to handle correctly. Particularly not local politicians in Jefferson Parish, which has an abysmal record as a political swamp…

After a spirited debate among proponents and opponents of the controversial plan for a New Fat City sponsored by Councilwoman Cynthia Lee-Sheng and championed by Jefferson Parish Sheriff Newell Normand, the Jefferson Parish Council voted unanimously to approve the plan.

The new plan creates three new zoning districts and imposes a myriad of regulations on all businesses in Fat City including restrictions on the sale of alcoholic beverages, video camera surveillance, height and parking restrictions, and rules on what types of businesses can open in Fat City.

Calling the plan “an opportunity to take action and move forward,” Patricia Besselman, past president of the East Jefferson Business Association spoke in favor of the ordinance.

Jim Hudson, Chairman of Omni Bank and a member of the Fat City Task Force, an 11-member politically appointed board that helped craft the plan said that action was necessary. “If not now, when?”

One Fat City resident, Melvin Smith, spoke in favor of the ordinance. Mr. Smith didn’t object to the bars or their closing times but the implication made by many that residents were the cause of Fat City’s decline.

“I resent the implication that it’s the residents, that it’s our fault,” Mr. Smith said.

Jason Jaume, the owner of The Bar in Fat City, has been outspoken in his opposition to the ordinance. Jaume continued to question the validity of the statistics used to infer that the bars and alcohol sales were the leading cause of crime in Fat City.

“Calls for service drop after Midnight, they don’t increase,” Jaume said. Sheriff Normand and Councilwoman Lee-Sheng have said that alcohol related crime is the primary reason they are proposing an earlier closing time for Fat City alcohol beverage establishments.

A.P. Marullo, the owner of City Bar in Fat City, discussed the fact that his company has invested almost $1 Million dollars in the club and bar owners have had little input in the plan and no bar owners were included on the Fat City Task Force. This ordinance will force his club to close.

“We have been unsuccessful at getting a voice or a seat at the table with parish government,” Marullo said.

Brian Brothers, whose attempt to open The Blue Monkey Bar in Metairie was denied by Councilwoman Lee-Sheng after he had met all of the Jefferson Parish Planning Department rules and regulations required to open, challenged Councilwoman Lee-Sheng to reach a compromise that would allow the bars to stay open in Fat City and participate in the redevelopment of Fat City.

“Would you be willing to take two weeks and discuss a compromise?” Brothers asked.

“The time for compromise is over,” Councilwoman Lee-Sheng replied.

After the opponents spoke, Sheriff Normand was given time to offer a rebuttal.

Sheriff Normand mentioned that with any attempt to change there is pain and that change is difficult but necessary.

The discussion was then open for the Council members. Councilman Chris Roberts and Councilwoman Lee-Sheng had questions for the Sheriff. Councilman John Young questioned the Parish Attorney’s Office regarding a Supreme Court decision discussed by civic activist Richard Brown, that attempted to impose additional restrictions on an alcohol beverage outlet in Shreveport. The Parish Attorney’s Office believes that decision is not related to the Fat City ordinance.

Four of the seven Council members, Tom Capella, Louis Congemi, Elton Lagasse and Byron Lee, had no questions or comments regarding the controversial ordinance.

The ordinance will take effect in ten days with the proposed new closing times will become effective March 31st, 2011. Several Fat City business owners and land owners have said that they will file lawsuits to protect their right to operate and protect their investments.