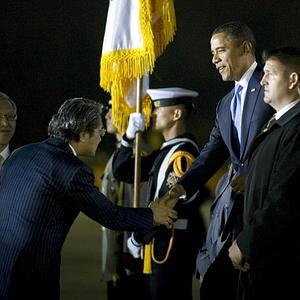 WASHINGTON — Today is Veterans Day. Do you know where your president is?

With his feeble flame of “hope” thoroughly doused here in the United States by last week’s elections, President Obama has set out around the globe in search of throngs still enthralled by his flowery rhetoric.

He found them, of course, in Indonesia this week by telling them about how Americans must stop mistrusting Islam.

So that is why your president is halfway around the world instead of being here in the United States to celebrate the sacrifices American soldiers, sailors and airmen have made around the world to keep the real, still-burning flame of freedom alive.