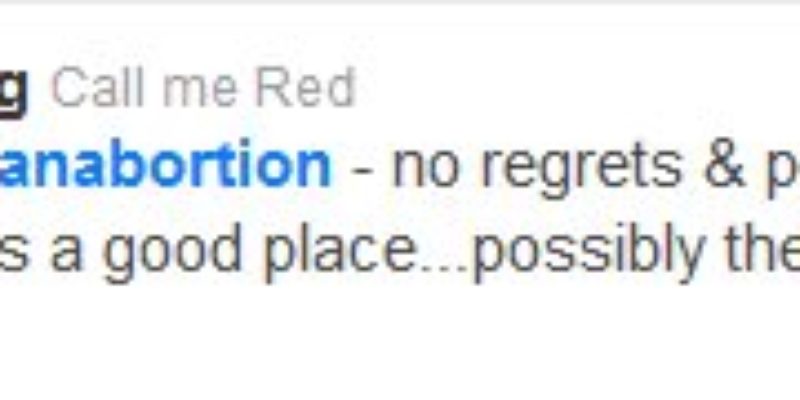 There are all kinds of interesting things on Twitter. You’d think that with messages being limited to 140 characters it wouldn’t be much to look at, but you’d be wrong.

After all, if on Twitter you search “hashtags,” which are those things on Twitter messages which start with “#” and then have a keyword – when we post Hayride links on Twitter, for example, we’ll use “#lapolitics” for Louisiana politics, or “#lasen” for the just-completed U.S. Senate race between David Vitter and Charlie Melancon – you can find entire discussions full of wonderfully informative and provocative material.

No, it’s not a joke. There is an entire Twitter hashtag devoted to people commenting on the abortions they had.

Apparently, this got started on Wednesday, when someone on Twitter calling him/herself @IAmDrTiller opened the thread in response to “hardline anti-choice Republicans” winning elections all over the country with this message:

‘Time for us to come out. Who’s had an abortion? Show antis we’re not intimidated by scare tactics. Use: #ihadanabortion.’

So it’s a political statement. And a personal one as well.