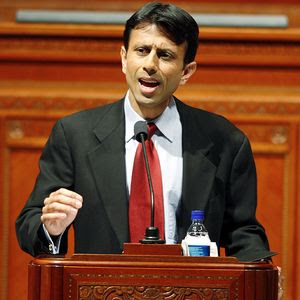 According to a release from the governor’s office, the state currently receives about $58 million dollars each year from the Tobacco Settlement – 25 percent goes to the Louisiana Fund for healthcare expenses and 75 percent goes to the Millennium Trust Fund, which totals $1.38 billion. The constitutional amendment would cap the Millennium Trust Fund at $1.38 billion and any funds in excess of that amount will be dedicated towards TOPS. This is expected to protect an additional $43 million more per year for the TOPS program, and this will increase by an additional $70 million once the bonds are paid off, between 2018 to 2030.

Governor Jindal said, “We have met with the Taylor Foundation over the last few weeks to discuss how we can continue to protect the program even during times of budget reductions. This amendment will be very important to protecting the future of the TOPS program because it constitutionally protects more TOPS dollars. Currently, about $15 million is protected through the TOPS Fund –and under this constitutional amendment – that will increase to about $58 million.

“TOPS has provided nearly 500,000 students the opportunity to get a college education and we must protect this vital program. Every year, roughly 50 percent of Louisianians who choose to attend college in state do so with a TOPS scholarship. While the state six-year graduation rate is 37 percent, TOPS participants have a six-year graduation rate of 57 percent and non-TOPS participants graduate in six years at a rate of 20 percent.”

Phyllis Taylor, Chairman and President of the Patrick F. Taylor Foundation, said, “The TOPS program continues to provide to the children of Louisiana the opportunity that Patrick, my husband, envisioned. Its success has been proven; more Louisiana high school students stay in the state to attend college, more graduate from college and in a shorter time. I am very pleased to support Governor’s Jindal’s efforts to secure the permanent funding for this vital program.”

Interest from the current balance of the Millennium Trust will continue to flow into the Healthcare Excellence Fund, Education Excellence Fund, and the TOPS Fund. Even under this cap, the Millennium Trust will continue to generate more interest every year as interest rates go up. In fact, the administration projects that healthcare and K-12 education will get $1.5 million more dollars per year by 2030.

Of course, with members of the state legislature like Sen. Jack Donahue (R-Slidell) decrying the amount of funds in protected accounts within the state’s budget – which makes the current $1.6 billion shortfall force deep cuts in higher education and health care while other areas of the budget can’t be cut – it will be interesting to see whether Jindal’s TOPS proposal meets with approval at the Capitol. He can at least say, however, to critics who accuse him of savaging higher education that he’s committed to funding the education of Louisiana’s best students at Louisiana colleges – and point to the TOPS proposal as part of that commitment.