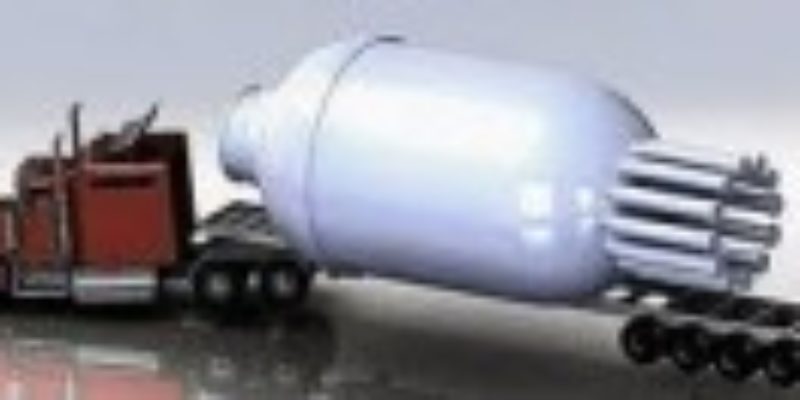 In order for the United States to compete in a global economy, she needs energy – clean, reliable sources of energy, and in abundance.  As the demand for energy continues to increase, as evidenced by rapidly escalating crude oil prices and the corresponding increases in gasoline prices, the US needs to step up domestic production, a move that is contrary to the actions of the sitting administration.  But we also need to step up the implementation of proven, economically sound alternatives to oil and coal.  Natural gas is a clean fossil fuel that should be utilized in converting from coal and fuel oil and in the construction of new power generation facilities.

There is another highly attractive source of clean energy, and we’re not speaking of wind or solar.  It has been demonstrated within this journal and elsewhere that these technologies cannot compete in the marketplace without exorbitant, unaffordable government subsidies.  That attractive alternative, rather, is nuclear.

Recent technological developments in delivering nuclear power to the market have made it significantly more attractive and affordable, but once again, our beloved federal bureaucracy stands in the way.

Traditional nuclear power plants require a large infusion of capital in order to happen.  Most utilities cannot generate this kind of capital without its being underwritten by federal loan guarantees, and our federal loan guarantees are tied up underwriting George Soros’ offshore oil and natural gas exploration in Brazil.  But American scientists and engineers have developed new means of delivering nuclear power over the past several years, and the Nuclear Regulatory Commission can’t seem to find time to examine them.

Babcock and Wilcox, for example, has taken its experience designing and constructing small nuclear generators for submarines and applied it to stationary power generation.  B&W, along with several other traditional and start-up companies, are now able to manufacture “modular” power plants about one-tenth the size of traditional facilities.  These modular units can be constructed in a manufacturing facility rather than on site, and delivered by truck or rail to the destination power plant, and they can be delivered and assembled as single units or multiple arrays to provide the amount of power desired for the application.

Unlike coal or natural gas facilities, which must be constructed on a relatively large scale to provide the thermodynamic efficiencies necessary to make them cost effective, nuclear generators can be scaled up or down to meet the requirements of the application with little or no loss in efficiency.

The Nuclear Regulatory Commission has been struggling for over five years to give final approval to the design of the Westinghouse AP1000 reactor, a conventional reactor already under construction at four different sites in China, the first of which is scheduled to be operational next year!  Meanwhile, the NRC is struggling to determine how to protect the reactor from an airplane attack, the results of which can be seen here.  The thought of examining a “radical” new idea is simply behind a bureaucrat’s comprehension.

When modular reactor manufacturers first approached the NRC for consideration, they were dismissed outright.  The NRC has recently agreed to sit down and talk about it, but at the current rate of review, it will be at least 2017 before one of the modular units is licensed for manufacture.  This is despite comments last March in the Wall Street Journal by Secretary of Energy Steven Chu suggesting that the United States could regain a “key competitive edge” by adopting modular reactor technology.

Once again, the United States is held back by federal regulators, while France, Korea, Russia, China and Japan are forging ahead with nuclear expansion.

There is a ray of hope, and conservatives who support an expanding economy with less government regulation and funding would do well to support legislation prepared by Congressman Devin Nunes (R-CA) which would require the Nuclear Regulatory Commission to complete its reviews of new license applications within 25 months.

Nuclear energy is safe.  We have lived to see that Three Mile Island did not result in the dreaded China Syndrome.  Waste disposal, the other elephant in the room, has successfully been addressed by recycling technology developed and used by the French.

Conservative Republicans in Congress new and old need to stand up to the Washington regulatory bureaucracy and tear down barriers to economic expansion and American prosperity.  Opening doors to a variety of economically viable energy sources is one means of doing that, and modular nuclear power plants are one of those sources.