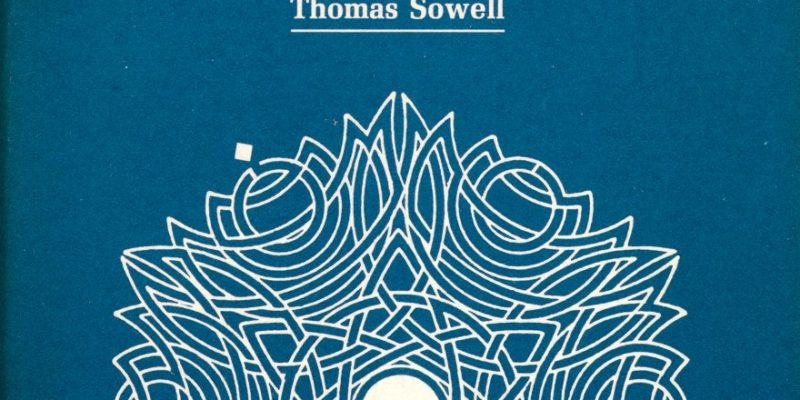 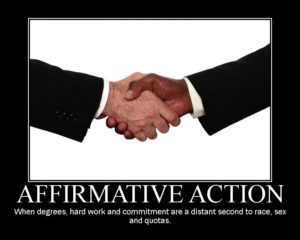 The left-wing bias pervading universities nationwide has long been discounted by the very same scholarly left that rules academia.  Perhaps academics acknowledge that most professors are liberal, but few, if any, are capable of accepting the idea that such a lack of diversity is problematic.  Of course, this viewpoint is largely at odds with the general consensus on the Left, which claims to be receptive to all forms of diversity– gay, black, Asian, Latino……

It’s certainly interesting that while the left calls for the integration of such diversity into institutes of higher education, they discount the one group that is most underrepresented: conservatives.

Here’s a direct quote from a self-proclaimed “former liberal, turned centrist” social psychology professor.  It might surprise you:

“Anywhere in the world that social psychologists see women or minorities underrepresented by a factor of two or three, our minds jump to discrimination as the explanation,” said Dr. Haidt, who called himself a longtime liberal turned centrist. “But when we find out that conservatives are underrepresented among us by a factor of more than 100, suddenly everyone finds it quite easy to generate alternate explanations.”

In a faculty presentation called “The Bright Future of Post-Partisan Social Psychology,” Dr. Jonathon Haidt identified the lack of encouragement given to the conservative viewpoints as one of the most pressing problems in the academic community.  In the presentation he noted that 80% of the professors present were liberals, a number he called “a statistically impossible lack of diversity.”  The point is certainly well taken considering that over 40% of America identifies as conservative compared to 20% or less claiming to be liberal.

Which certainly seems to beg the question: why exactly are conservatives underrepresented in academia?  As Dr. Haidt points out, it is easy enough for professors to encourage gender and ethnic diversity, yet in one of the most important roles in society, the gross lack of conservative perspective is somehow seen as a non-factor.  Interesting.  Might the reason for this underrepresentation be a result of an unconscious (or in some cases intended) leftist bias, causing unnecessary discomfort?  Dr. Haidt likens aspiring conservative teachers to “closeted gays,” quoting directly from his email correspondence with conservative graduate students:

“I consider myself very middle-of-the-road politically: a social liberal but fiscal conservative. Nonetheless, I avoid the topic of politics around work,” one student wrote. “Given what I’ve read of the literature, I am certain any research I conducted in political psychology would provide contrary findings and, therefore, go unpublished. Although I think I could make a substantial contribution to the knowledge base, and would be excited to do so, I will not.”

That quote is concerning not only because this student obviously feels disconnected from his peers but also because it indicates a fear of expression that inhibits critical professional research.  Again, such a fear is often scoffed at by the leftist academic elite, but it is a very real and very dangerous perception.  Dr. Haidt notes the danger of the highly insulated academic community, describing it as “tribal” in nature:

“If a group circles around sacred values, they will evolve into a tribal-moral community,” he said. “They’ll embrace science whenever it supports their sacred values, but they’ll ditch it or distort it as soon as it threatens a sacred value.” It’s easy for social scientists to observe this process in other communities, like the fundamentalist Christians who embrace “intelligent design” while rejecting Darwinism. But academics can be selective, too, as Daniel Patrick Moynihan found in 1965 when he warned about the rise of unmarried parenthood and welfare dependency among blacks — violating the taboo against criticizing victims of racism.

And what happened to Moynihan, you might ask?  Well…

“Moynihan was shunned by many of his colleagues at Harvard as racist,” Dr. Haidt said. “Open-minded inquiry into the problems of the black family was shut down for decades, precisely the decades in which it was most urgently needed. Only in the last few years have liberal sociologists begun to acknowledge that Moynihan was right all along.”

The problems withing the black community have long been touted by those on the right, and exactly as Dr. Haidt noted, the price of voicing such concerns is that one immediately becomes a racist.  Moynihan’s research into the welfare state and the black community occurred in 1965. 1965.  If our society was not dominated by political correctness, and if our academic leaders were not constrained by the evangelical left, we might have been able to solve some of these problems a long time ago…

Larry Summers, former chief of Obama’s economic advisory board, represents a more high profile case of academic political correctness.  When he was president of Harvard, he wondered whether “the preponderance of male professors in some top math and science departments might be due partly to the larger variance in I.Q. scores among men (meaning there are more men at the very high and very low ends).”  But, again, as Dr. Haidt notes:

“This was not a permissible hypothesis,” Dr. Haidt said. “It blamed the victims rather than the powerful. The outrage ultimately led to his resignation. We psychologists should have been outraged by the outrage. We should have defended his right to think freely.”

As a result of Summer’s unacceptable hypothesis, the university engineered a program designed to further combat “discussion of differences based on sex:”

But that assumption has been repeatedly contradicted, most recently in a study published Monday in the Proceedings of the National Academy of Sciences by two Cornell psychologists, Stephen J. Ceci and Wendy M. Williams. After reviewing two decades of research, they report that a woman in academic science typically fares as well as, if not better than, a comparable man when it comes to being interviewed, hired, promoted, financed and published.“Thus,” they conclude, “the ongoing focus on sex discrimination in reviewing, interviewing and hiring represents costly, misplaced effort. Society is engaged in the present in solving problems of the past.” Instead of presuming discrimination in science or expecting the sexes to show equal interest in every discipline, the Cornell researchers say, universities should make it easier for women in any field to combine scholarship with family responsibilities.

So, we can’t talk about the problems in the black community, and we are forced to fund programs battling sex based discrimination that does not exist.  But we can’t focus on the one portion of America that is statistically the most underrepresented group in academia: conservatives.  Think that’s a problem?  I do.