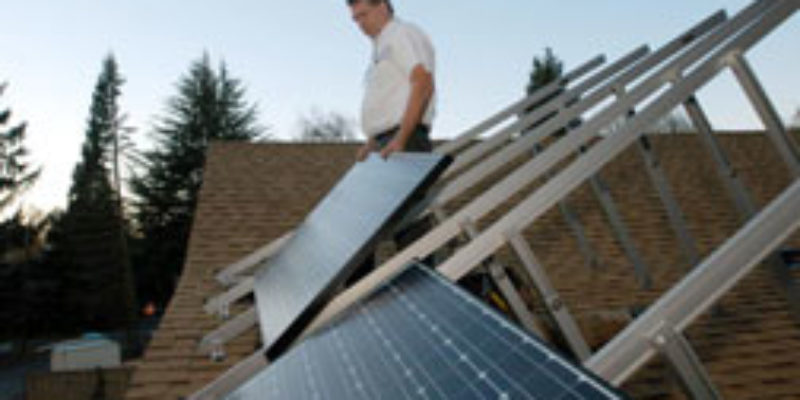 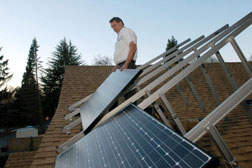 It is certainly interesting how the dialogue about green energy has shifted from one focused on “environmental responsibility” to one touting “job creation.”  The transition happened rather quickly and subtly. It’s hard to say exactly when that switch happened, but it’s probably a good assumption to say that the frame changed around the time the economy became the number one issue on the minds of American voters…interesting…

So, that’s the argument now.  Green energy investment creates jobs.  It’s the classic fallback line for politicians on both sides of the aisle: “this proposal will create jobs!” But just because you say that doesn’t make it true…

As I understand it, the argument goes that creating a “new industry” opens up more opportunities for employment where there were none previously.  Of course, on the face of it that is a relatively pragmatic and easily understood argument…which is probably why it gains so much traction.  But Gurcan Gulen, a senior energy economist at  the Bureau for Economic Geology at the University of Texas at Austin, recently conducted a study that disproves such assertions. His findings reveal 3 major points: 1) a “green job” is so broadly defined that there is little way to conclude employment statistics 2) Job claims are based on over-blown energy efficiency assumptions well beyond accepted predictions 3) the overall inefficiency of alternative energy probably produces a net job loss.

To the first point, there is obviously no set definition for a green job.  How do you distinguish between temporary construction projects and long-term management positions? I suppose if we assume that we will build solar panels and wind turbines on every available plot of land in the Midwest we might be able to classify construction positions as a significant job creator….but that’s just delusional…Or what about administrators that come over from other industrial sectors? Those jobs have to be removed from the equation, and we have to expect that an unemployed individual isn’t getting a management opportunity…

Second, many assumptions about the immidient expansion of alternative energy sources are well beyond rational consideration.  Here’s the example used by Slate.com:

More disturbing is Gülen’s finding that some claims of job creation have rested on assumptions of green-energy production that go far beyond reputable estimates. Of course, if you assume that vast swaths of the countryside will be covered in wind turbines and solar panels, you will inevitably predict that a large number of construction jobs will be required.

But, Gulen argues, the most concerning assertion from the green energy camp is that they overlook the economic reality that green energy is more expensive, and energy created by green jobs increases costs on other sectors of the economy:

Alternative energy sources such as solar and wind create significantly more expensive fuel and electricity than traditional energy sources. Increasing the cost of electricity and fuel will hurt productivity, reduce overall employment, and cut the amount of disposable income that people have. Yet many studies used by advocates of green jobs have not addressed these costs at all—overlooking both the cost of investment and the price hikes to be faced by end users.

When the costs to do business increase, employment drops.  When efficiency dips, employment dips.  So, as we rush into a sector of our economy that is not productive or efficient, other areas of industry will be forced to pay higher energy costs, and those costs will fall on employees.

The other part of this equation is that the companies lobbying for green job creation are also those who most stand to gain from government subsidies.  They don’t care that other businesses might suffer, and I don’t particularly blame them.  If they can sucker an oblivious administration and take advantage of it, more power to them.  But the Administration has to look behind their left-wing world view and recognize these potential consequences.

Now, there is no doubt that we need to develop our alternative energy industry.  There is certainly a great future in that industry that as a country we want to take advantage of.  We certainly want to be on the cutting edge of that innovation.  But that doesn’t mean we need to force a nonexistent, inefficient, non-productive industry into our economy.  There are other more responsible ways to get there. Instead of spending our money forcing an inferior product into the market, let’s let quality researchers develop efficient energy advances, and then, when our best and brightest produce a competitive product, let’s let the market decide its outcome.