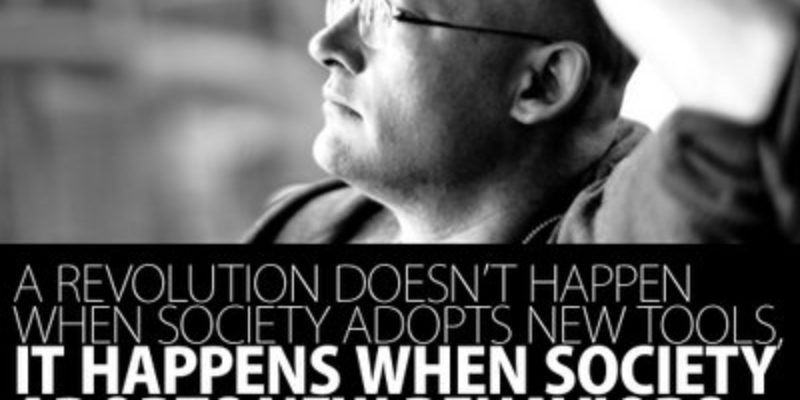 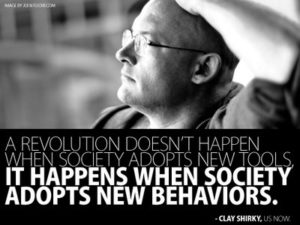 There is really no excuse for our failure to recognize the imminent nature of the Egyptian revolution.  No argument can support the delusion that authoritarian repression is a sustainable practice in today’s world.  Technological innovation has changed the rules, and the only reason we didn’t recognize that fact is because we didn’t want to accept it.

In a world where the “former audience” are now increasingly full participants…media is less and less often about crafting a single message to be consumed by individuals.  It is more and more often a way of creating an environment for convening and supporting groups.  And the choice we face isn’t whether that’s the media environment we want to operate in, because its the one we’ve got. The question is: how can we make best use of this media? Even though it means changing the way we’ve always done it.

I don’t think they listened.  The full speech is below.

There is an argument to be made that we could have done very little even had we been prepared.  Perhaps.  But, perhaps if we had pushed for democracy sooner, we wouldn’t be facing a possible Islamist takeover or military coup.  Maybe we could have controlled the transition to a pro-Western democracy.  Instead, we lived in the past because we liked it there, and now we’re facing a reality that we do not like one bit.