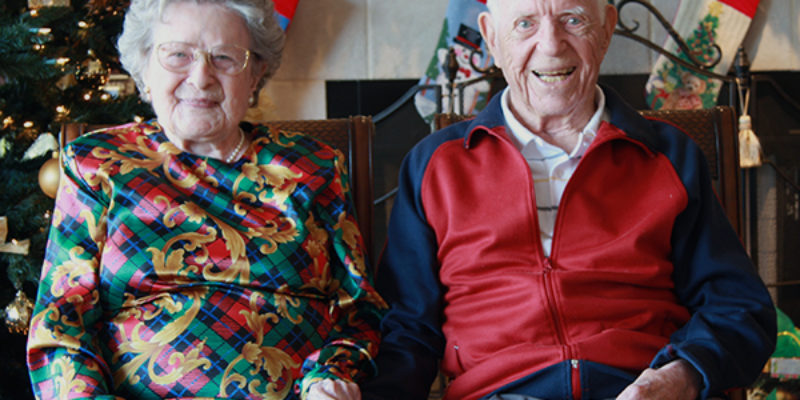 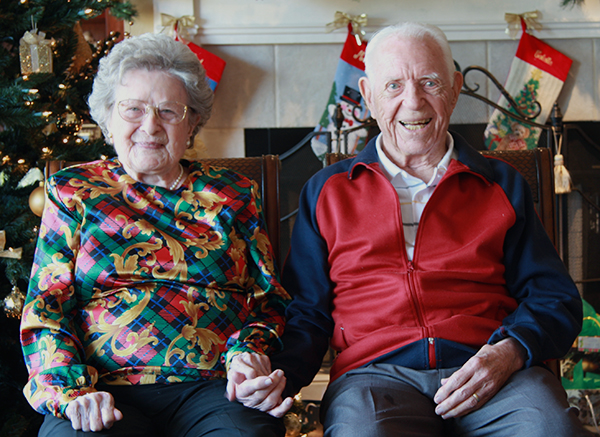 As part of Valentine’s Day observances, the Louisiana Family Forum has since 2002 identified Louisiana’s longest married couple and recognized them for their commitment and longevity – and this year, LFF has uncovered a pair of Louisianans who have managed to stay together for an astounding 81 years.

In 1929, a young woman riding the “flying horses” in City Park caught the eye of a New Orleans lad. Once her carousel ride was over, he approached her and implored that she stay on for one more ride with him, as he had already bought her another ticket. The young girl would later recall, with a wry grin: “At a nickel a ride, I thought to myself, ‘I had better hang onto this guy because he’s a big spender!'”

And she did. For a very long time.

As a result, today at a ceremony at the governor’s mansion the LFF celebrated Ralph and Dorothy Richards as Louisiana’s Longest Married Couple at a special Valentine’s Day reception. The Richards were presented with an official certificate from Gov. Bobby Jindal and on behalf of the Louisiana Commission on Marriage and Family, honoring them for nearly 81 years of marriage. The couple was presented with a special gift basket from Louisiana Family Forum and a custom made quilt.

“The love Ralph and Dorothy share is an incredible example to all who value marriage – and I considered it a true honor to witness the bond they share through the sacred and honored institution of marriage,” said Jindal.

But back to the Richards’ story.

On February 28, 1930, with the Great Depression in its infancy, Ralph Richards and Dottie Renz, both at the tender age of 17, were married. Through the years, Ralph and Dottie shared many things, namely a strong love for and dedication to each other. They found joy in the little things too, like a love of Louisiana seafood (especially oysters), a favorite song (“Let Me Call You Sweetheart”) and an occasional martini at dinner time.

From their union came two children: a daughter, Dorothy, followed by a son, Ralph Jr. Times were tough during the early years of the marriage, but Ralph, despite having to quit school after the sixth grade due to a family hardship, managed to build a successful coffee brokerage firm.

Dottie kept the household running smoothly and occasionally, the couple would step out and travel to exotic locales like Cuba and South America on business trips.

After their children were grown, the family soon branched out. Today, after nearly 81 years of marriage, the couple lives in Slidell. It appears they’ll be around a while as well, as Ralph and Dottie are both in perfect health. They’ve got a live-in caregiver, but otherwise they’re still running a lively home full of love, humor and wisdom with frequent visits from friends and a sizable family. The Richards have two children, eight grandchildren and nineteen great grandchildren.

Gene Mills, president of LFF, said, “Congratulations to Ralph and Dottie Richards for your incredible 81 – year ‘ride.’ You inspire us, and we celebrate you today.”

The Richards will be inducted into the Louisiana Family Forum’s (LFF) Marriage Hall of Fame.

LFF’s first recognized longest married couple was George and Germaine Briant in 2002. The Briants were followed by Fernand and Emily Cavalier as Louisiana’s Longest Married Couple. The Governor and the First Lady honored the Cavaliers at the Governor’s Mansion in February 2008. In 2009, the Cavaliers were succeeded by Newton and Anna Leger and then Bennett and Pearl Robin in 2010.