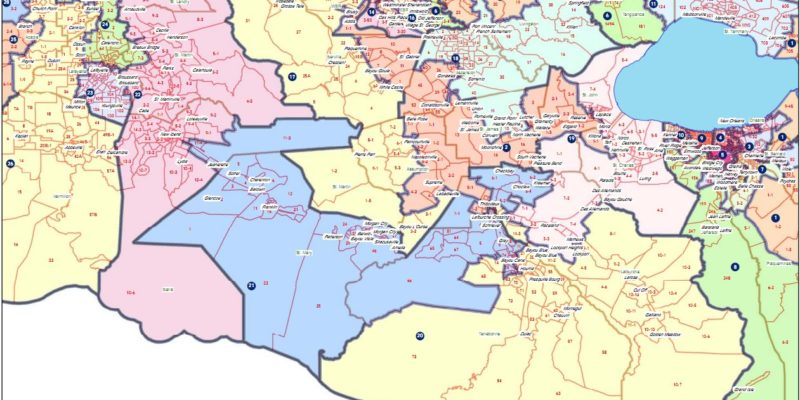 After the GOP power play and the Democrat screaming about the House remap yesterday, one would have expected the new Republican majority in the Louisiana Senate to flex its muscles and exercise some control on the Senate side. 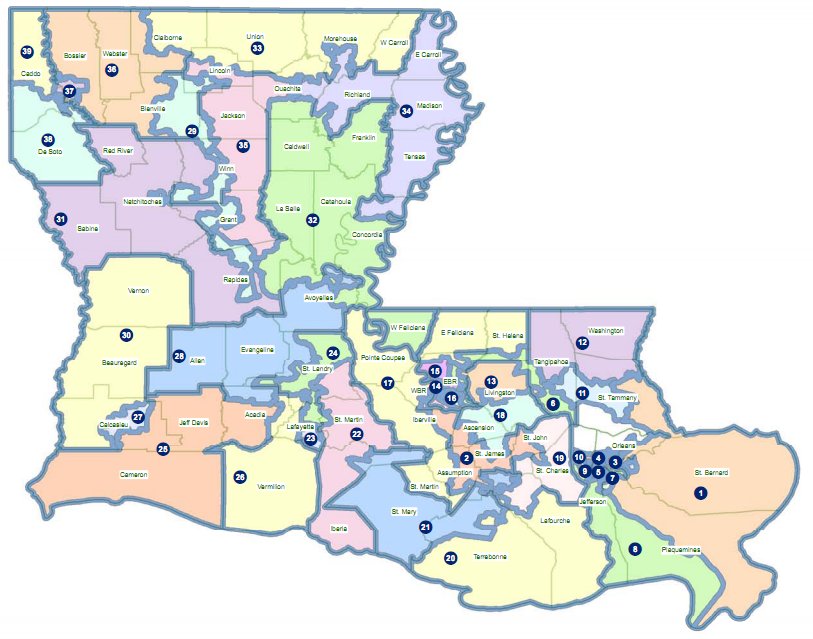 But Democrat Senate president Joel Chaisson, whose unstated aim was to give Bourbon Democrats as much stroke as possible with the new districts, managed to easily pass his plan through the Senate today nonetheless. And did so with support from all but three of the 23 Republicans in the Senate.

A plan to reshape the Louisiana Senate’s 39 districts — and boost its minority districts from 10 to 11 — has won approval from the Senate.

Republican Sen. Bob Kostelka, who leads the Senate redistricting committee, says the redesign by Senate President Joel Chaisson forces “the racial division of people in places where it does not exist.”

Chaisson says he proposed a map to protect incumbents and put together minority communities of interest to comply with federal laws against discrimination.

Black legislators tried to amend the plan, to no avail.

The Senate remap was approved virtually unchanged from the version approved last week in committee. Senators rejected three amendments that would have dramatically changed the plan. All eight black members of the Senate voted for the amendments. All the white members voted against two amendments and all but one white senator voted against the third.

When the amendments failed, the black Senate Democrats – all eight of them – voted against the plan despite the fact that it moves the majority-black district count to 11 from the 10 the Senate previously contained.

Two New Orleans black Democrats – J.P. Morrell and Cynthia Willard-Lewis – will now have to slug it out in the same district this fall…

The New Orleans region south of Lake Pontchartrain will have one fewer district, with Sens. J.P. Morrell and Cynthia Willard-Lewis, both New Orleans Democrats, drawn into a single district that spans a swath of eastern New Orleans; parts of Gentilly; the west bank of Orleans and Jefferson Parishes; and Chalmette in St. Bernard Parish.

Willard-Lewis, who now represents most of eastern New Orleans, protested the map as unfairly carving that portion of the city into multiple districts, which she said will disenfranchise voters who have returned to those neighborhoods. The senator did not propose any amendments to the plan, however.

Besides the eight Democrats, others voting against the plan were Sens. Jonathan Perry, R-Kaplan, Gerald Long, R-Winnfield, and Robert Kostelka, R-Monroe and Sen. Joe McPherson, D-Woodworth. McPherson is term limited and his district is being carved up so as to create a new majority-minority district. Long and Kostelka are going to be thrown together into a district.

Kostelka, who actually headed the committee in charge of the remap, wasn’t happy with the result.

Kostelka, who at various points in the redistricting session has been at odds with Jackson, bemoaned the emphasis on race, quoting extended passages of Martin Luther King’s “I Have a Dream” speech. He also quoted from an opinion U.S. Supreme Court Justice Anthony Kennedy: “We must not be Balkanized into competing racial factions even for remedial purposes.”

Some close-up maps of what was passed today… 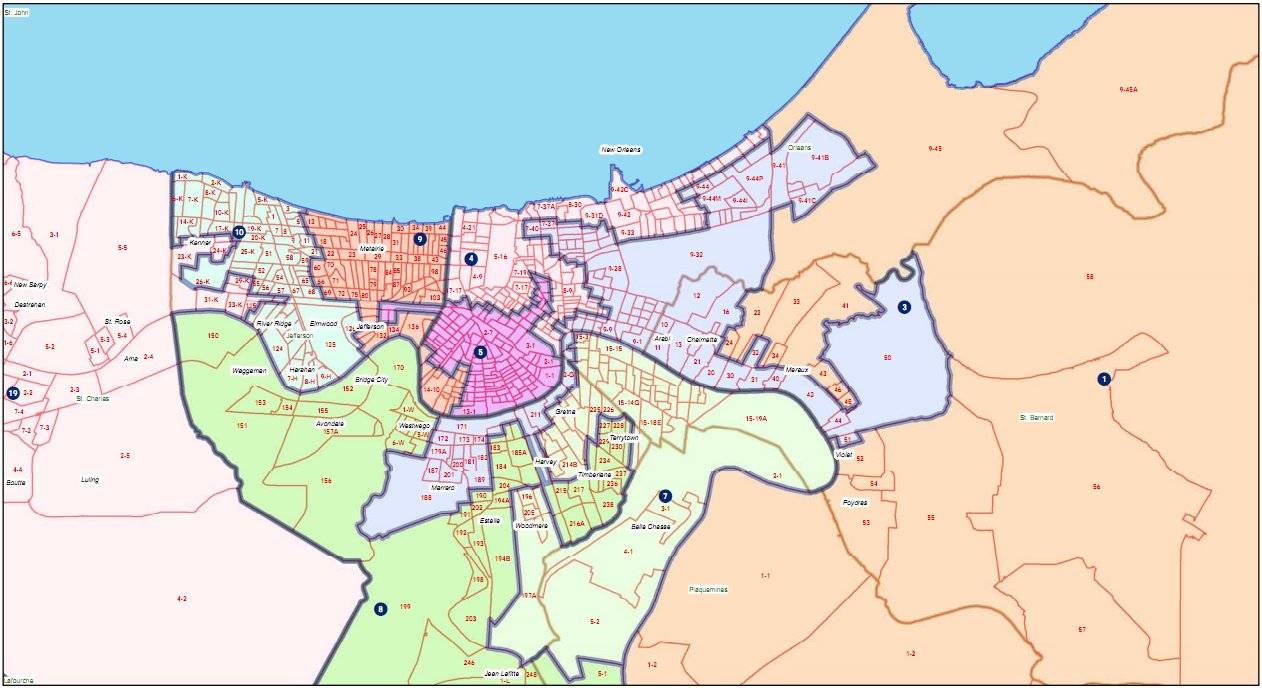 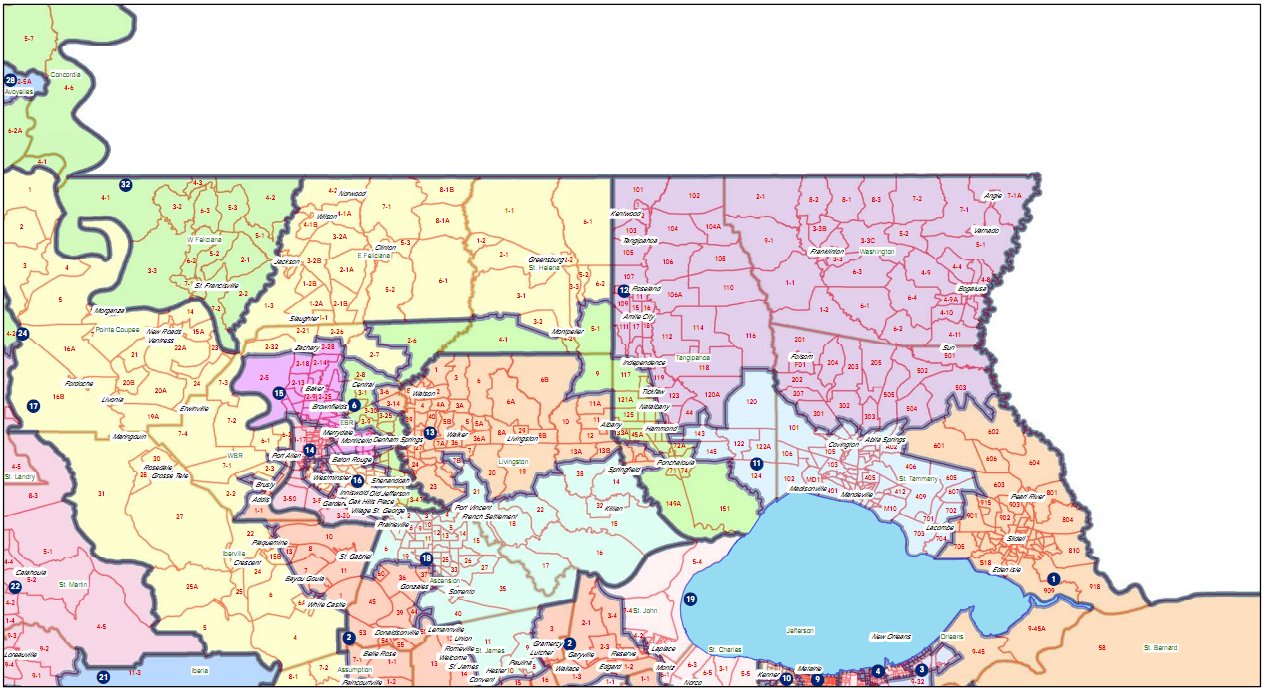 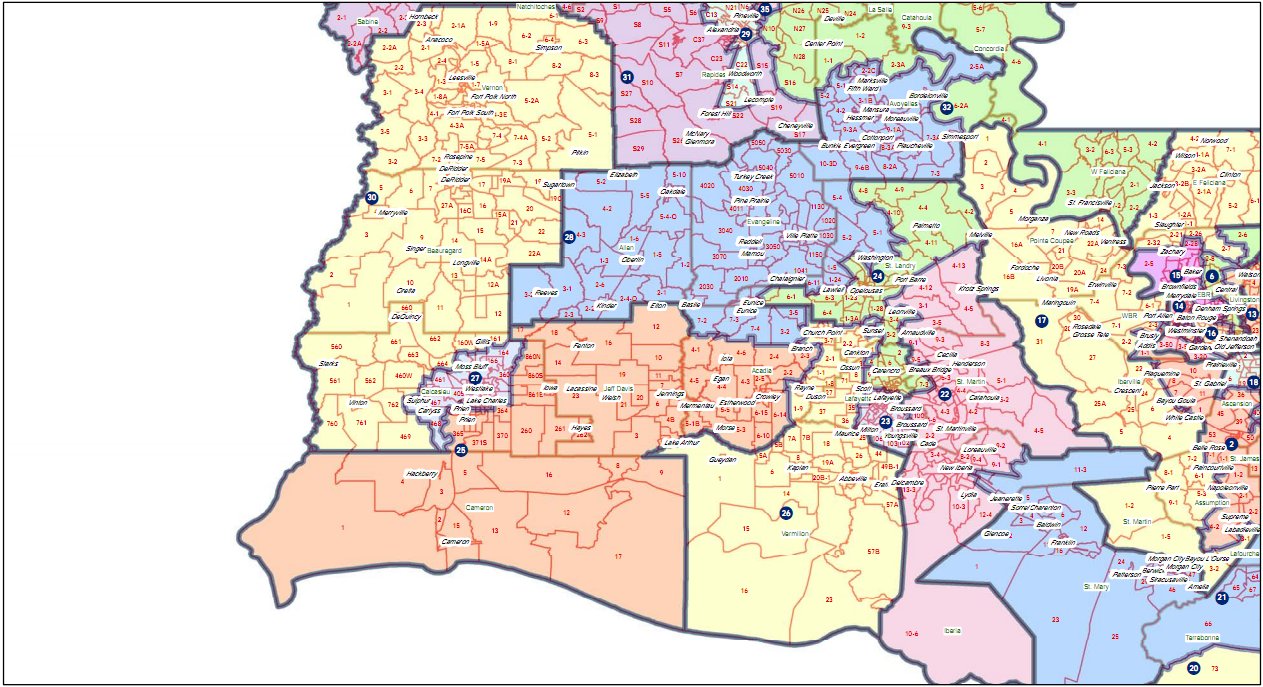 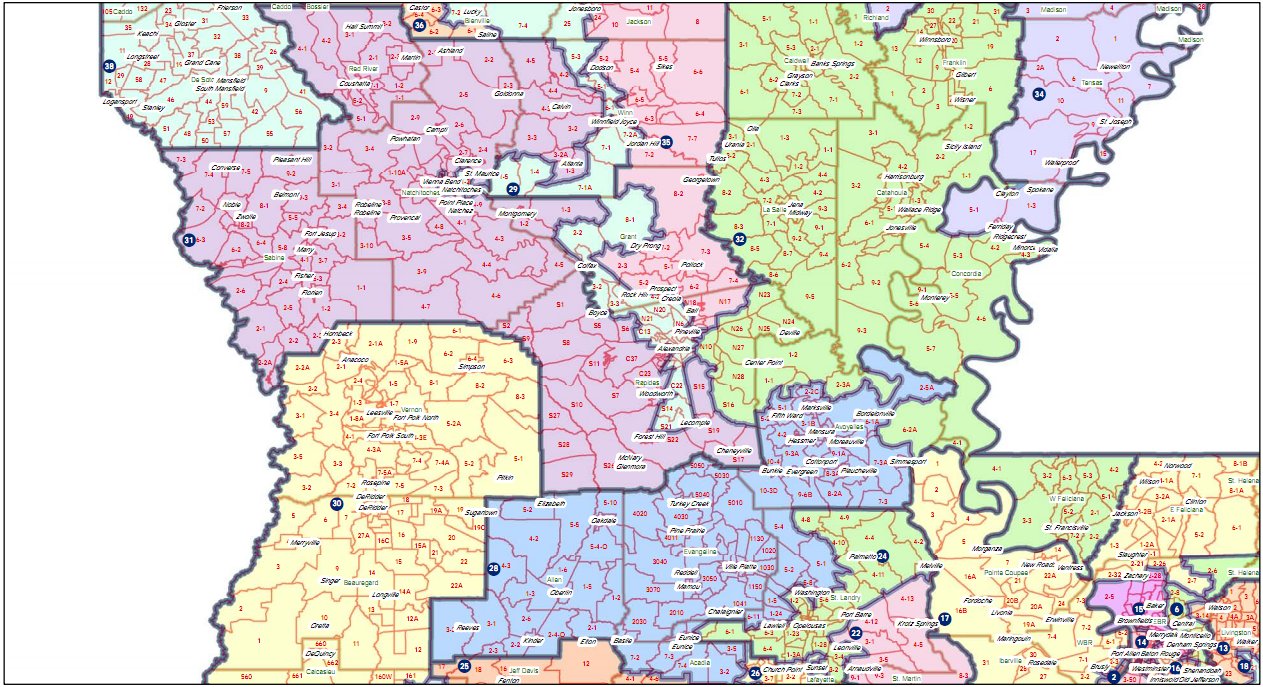 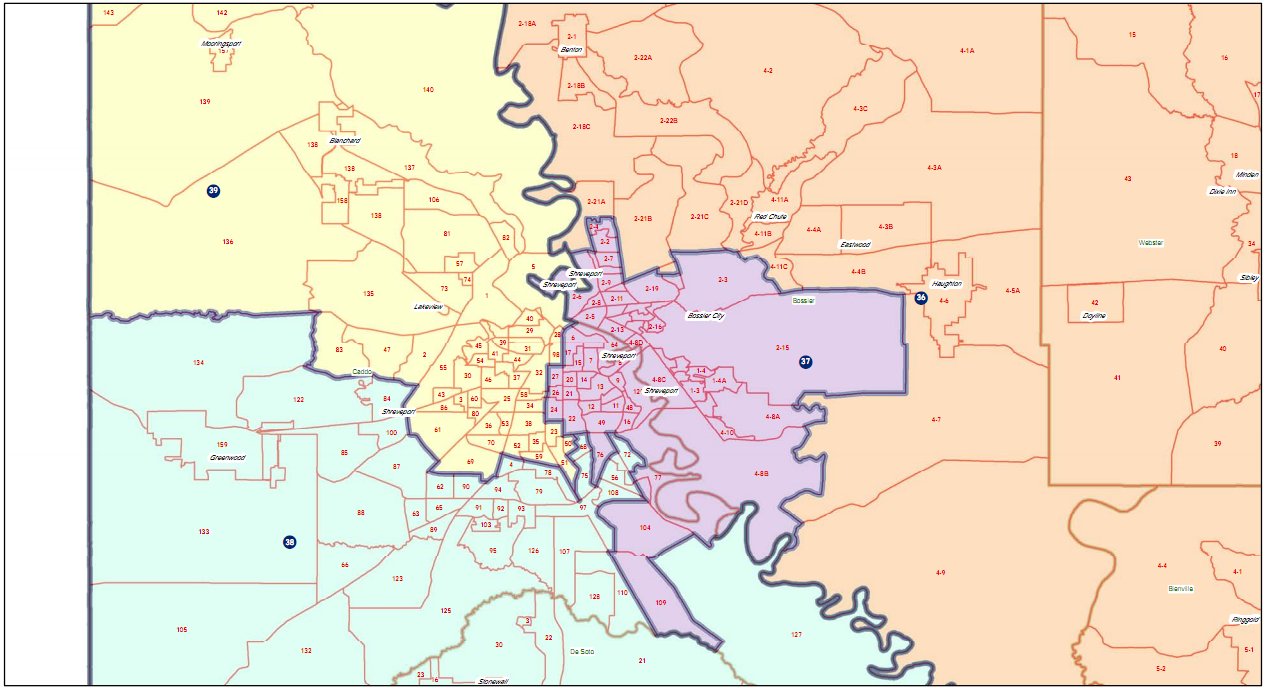 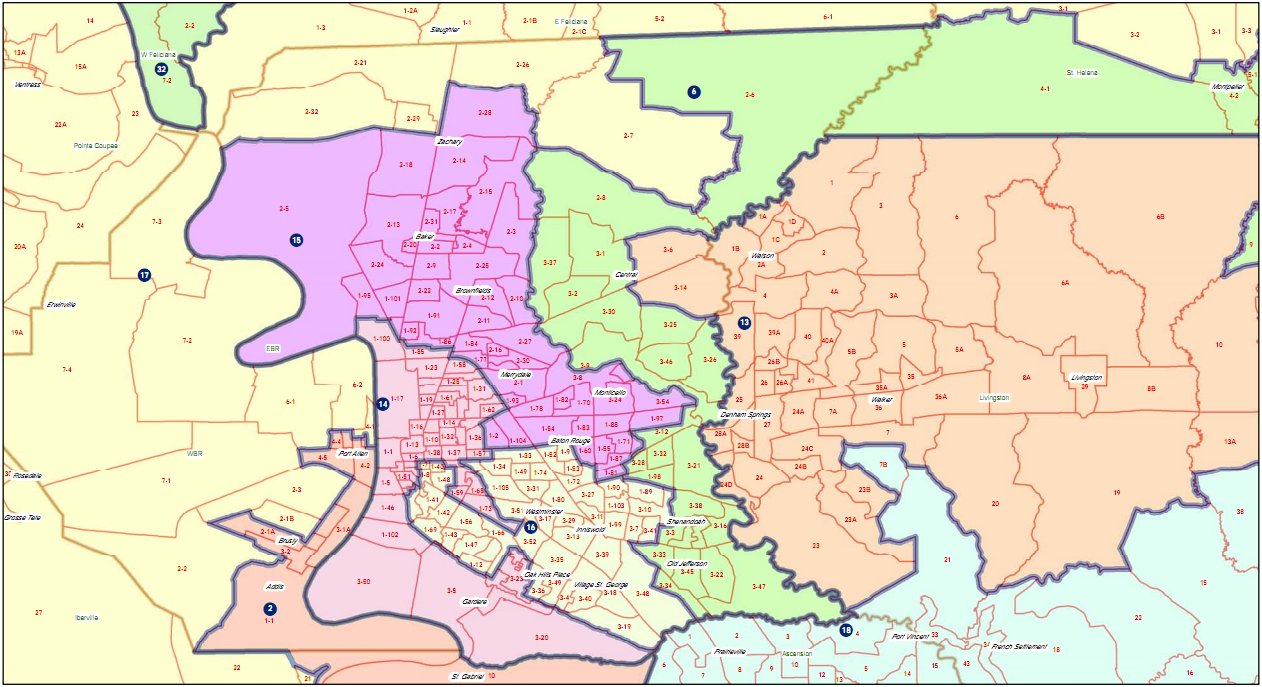 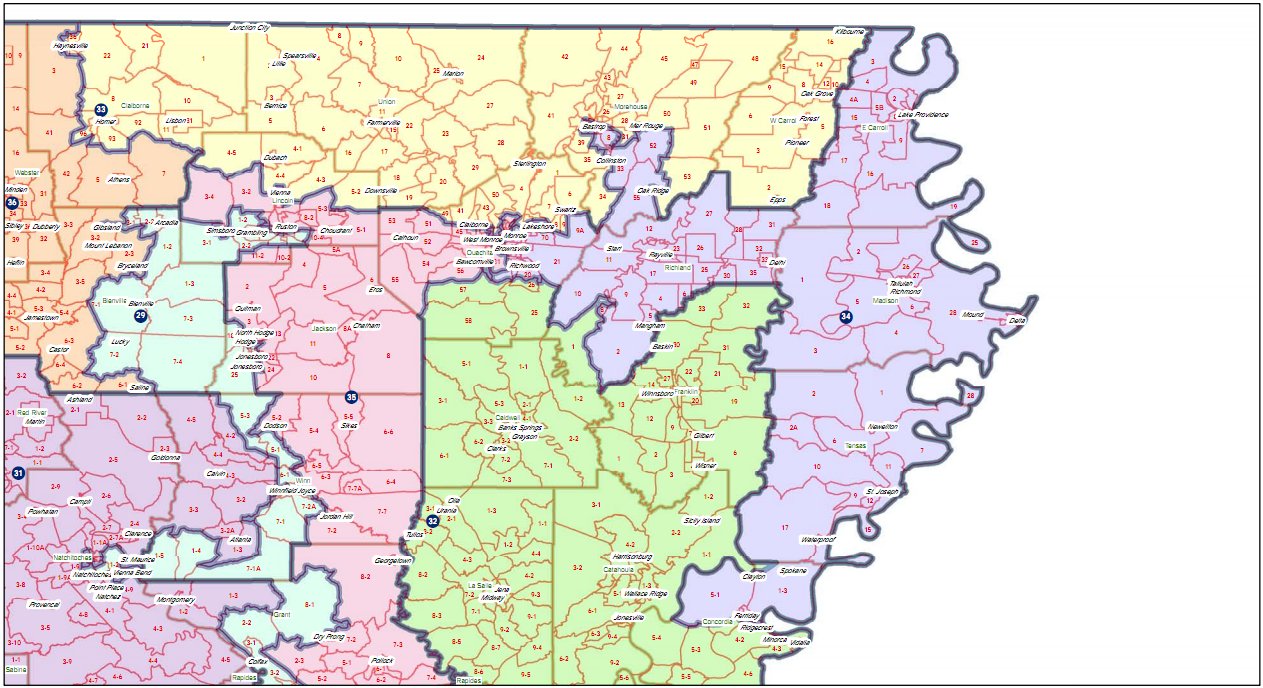 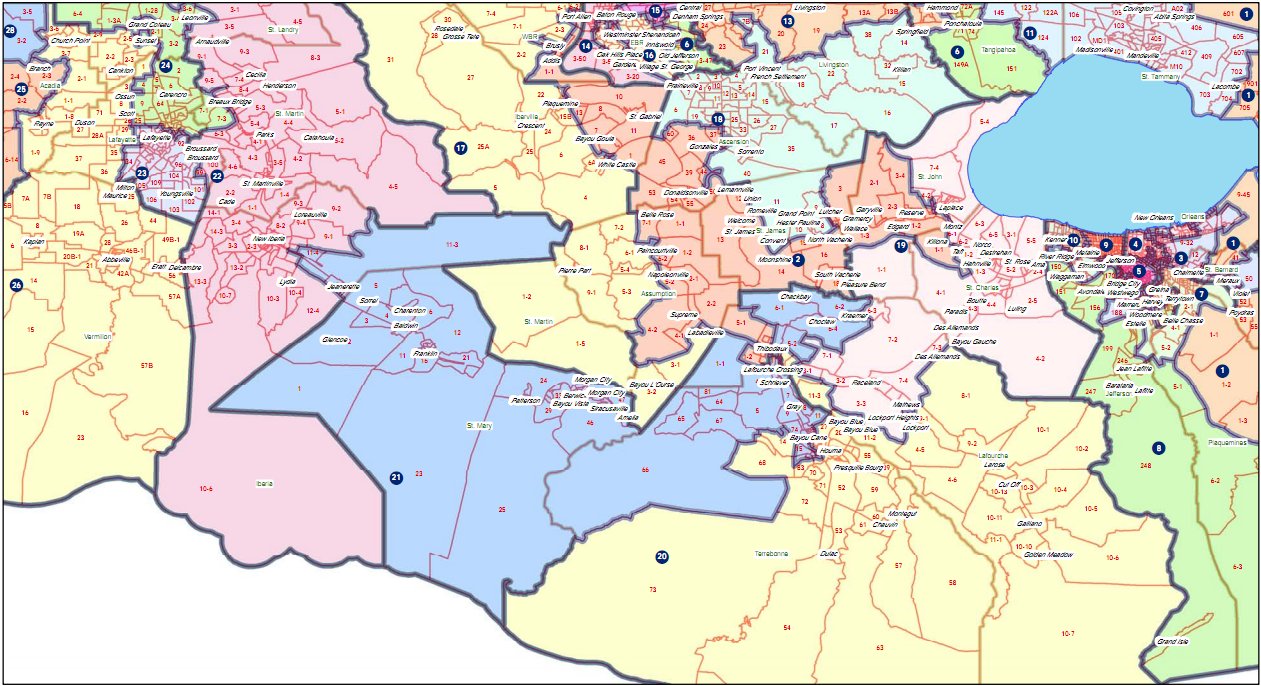