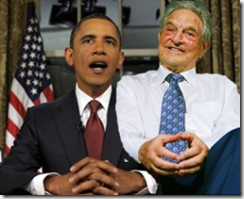 Ed Lasky, American Thinker’s News Editor, has an op-ed in today’s Pittsburgh Tribune-Review on a favor the Obama administration has given to InterOil, a foreign oil company that is a major holding of George Soros’s hedge fund.

The column is based on an earlier American Thinker column that outlines how our government is spending our tax dollars to help develop the oil and gas resources of Papua New Guinea, where InterOil has the vast bulk of its assets.

For all the sheep that fell for “hope and change”, here’s what your President is doing to promote political corruption at the expense of the domestic oil industry.

Interested in more national news? We've got you covered! See More National News
Previous Article Go Figure: Gitmo Terrorists Get Military Tribunals After All
Next Article So This Is Obama’s Re-Elect Kickoff Video…