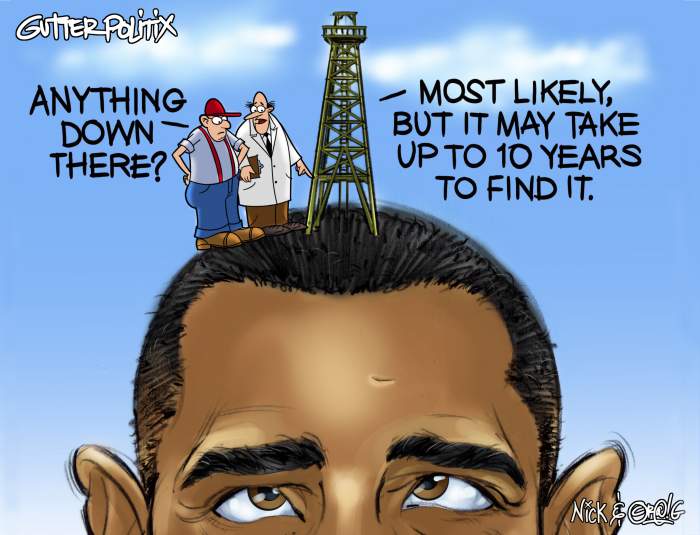 If the President were truly committed to domestic energy production, he would have instructed Interior Secretary Salazar to streamline permitting for Alaskan and Gulf of Mexico offshore drilling projects. There are no drilling projects in Alaska to permit, but there is a backlog of permits to resume deepwater drilling in the Gulf of Mexico.

Once again, President Obama is a day late and a dollar short. While paying lip service to lowering gas prices, he did not lift his administration’s de facto moratorium on oil drilling in the Gulf of Mexico.  And he offered no sense of urgency towards getting Gulf workers back to exploring for domestic oil.

Mr. Obama simply offered “incremental expansions of existing policies.” With millions of Americans suffering thanks to the President’s engineered energy crisis, this is the best that he could do? It’s time for the Obama Administration to clearly act on every drilling permit that has been suspended for over a year.

We’re tired of the President getting in the way of a real solution for our nation. Let us go back to our jobs, producing domestic energy that will keep fuel prices lower and Americans less dependent on foreign oil.

Mr. President, you missed another opportunity to put us back on the right track.

On behalf of all Americans, we’d like to say: Thanks for nothing.