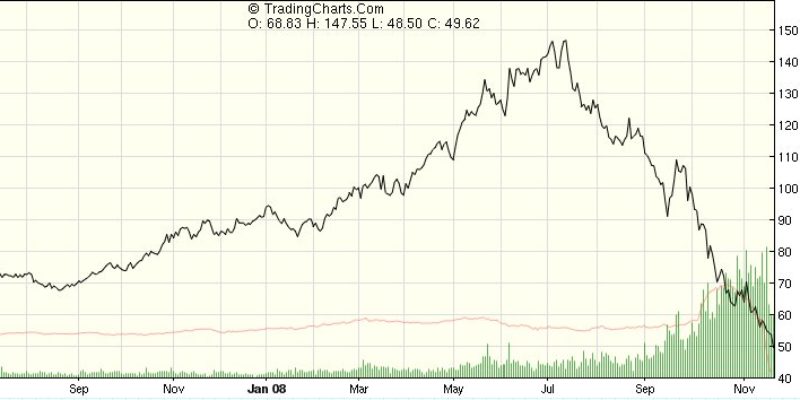 Make this guy the Secretary of Interior.

From the Washington Examiner’s editorial today…

Roemer’s idea comes hard on the heels of Obama’s attempt in his Saturday address to gain some credibility on gas prices. The president promises faster approvals of offshore drilling permit applications as a means of bolstering U.S. oil production. Roemer calls Obama’s bluff by proposing a tariff on oil produced by OPEC nations (which currently supply more than half of U.S. oil needs) while forming a North American energy partnership among this country, Canada and Mexico. America has more total energy resources than any other country, and Canada and Mexico are also rich in energy assets.

Creating an energy free-trade zone would boost production and lower prices in all three countries, create hundreds of thousands of jobs, and generate long-term economic growth. Roemer predicts his plan will get the U.S. to energy independence within a decade. What’s not to love about that?

We’ve kicked this exact idea around, though not specifically posting on this site.

There are so many reasons why the idea of a North American energy market (let’s call it NAEM for the purpose of this post) is a winner it might take us all morning to describe them.

But before we get into all that, it needs to be understood that you have to take major steps to slash the price of oil and gasoline first before you can institute a tariff on oil from outside the NAEM. You’ve got to declare every inch of federal land open for drilling. That doesn’t mean you have to drill on every inch of federal land, mind you – you still have to have lease sales and give permits, and an area which is particularly environmentally sensitive just won’t get leased.

Consider that oil prices were cut in half in the summer and fall of 2008 from the high of $147 per barrel in large part because then-president Bush made a loud announcement that he was lifting the federal ban on offshore drilling on the East Coast and in the Eastern Gulf, among other places. Yes, the financial crash tanked demand, which ultimately dropped the price of crude below $40, but that came a little later. See the graph…

Bush called for a lifting of the domestic ban in selected areas on June 18 of that year. It took about three weeks for the statement to bear fruit, but once it did the price started falling fast.

A similar announcement now would have the effect of clearing speculators out of the market. Yesterday, Gulf Oil CEO Joe Petrowski was on Cavuto and discussed the role of speculators in the crude market. He said something every politician in America needs to understand…

“Speculators are in the market, Neil, but where were the speculators when the price was $37? Were they on vacation? Speculators follow markets that have underlying fundamental anomalies – whether government-created or market-created. Whether it’s housing, IT stocks or oil. Get the supply up, get the demand down, get the market to perceive we’re going to be less dependent on unstable places like the Mideast, and the speculators will find one other market – or another market – and go away.”

Petrowski has this correct. Speculators play in places they think they can get ahead of the market. Right now, the smart bet is on an oil shortage since America has not shown itself seriously interested in accessing its own hydrocarbon supply and the places where there is oil production are in the midst of major political turmoil. Send signals to the market as Petrowski suggests and you have now squeezed the speculators out of the oil futures market – or better put, you’ll make the conventional wisdom favor a deflation of the market.

So obviously, we’ll need a flurry of lease sales, a giant ramping up of permitting, an opening of the Atlantic, Pacific, Eastern Gulf and Alaskan offshore waters and an effort to get the government out of the way of developing oil shale resources in the Rockies. The Left won’t want to do any of this, so it’s going to require getting rid of the Obama administration and the Senate Democrat majority. But we’ve got to move domestic production back to its peak of May 2010 as soon as possible and then some. It’s more than possible.

A weak dollar plays into the oil price as well, and of course that’s an entirely different discussion. But within the framework of the dollar we have, policy signals to the market could still bring prices down tremendously.

Second, in preparation for a transition to an NAEM the multiple refining standards our refineries are forced to meet need to be streamlined so as to cut costs. This will make for much higher oil company profits for a time, but it will also make for downward pressure on gasoline as consumers will expect to see savings at the pump and shop accordingly.

Third, a full-on push to let the market move toward using natural gas as a transportation fuel can’t start fast enough. With natural gas in the mix an NAEM becomes a very viable prospect. The federal government could choose to convert its 600,000-vehicle fleet to CNG, Rep. Bill Cassidy’s bill allowing natural gas producers an exemption from Big Oil tax treatment if they retail their product as a transportation fuel could become law and T. Boone Pickens’ idea to incentivize the conversion of our national truck fleet to CNG could be implemented. Those three steps would make for a fast transformation of the fuel market allowing natural gas to reel in a great deal of the foreign oil.

Under the current supply matrix, Roemer’s tariff would apply to 7.9 million barrels a day of supply. A 10 percent tariff at $100 per barrel would bring in $71 million a day in federal revenue, or $25.9 billion per year. Ideally, you’d like to chop that 7.9 million barrels a day down to 2.9 million or less through increased domestic production (or shifting of demand from oil to natural gas) and then run a tariff of 25 percent.

Which is why there has to be some preparation of the market before we could move completely to an NAEM. But if that transition could be managed without producing a domestic shortage or price spikes, here’s what you’d get.

First, it would be the end of Hugo Chavez in Venezuela. Chavez’ regime runs almost exclusively off revenue from the million barrels of oil per day he sells to the United States and the revenue he gets out of CITGO, his domestic retail operation. A big tariff on Venezuelan oil would finish Chavez – and fast. That would make for the loss of Iran’s new medium-range missile bases being built in Venezuela and head off the Cuban Missile Crisis Redux which is just over the horizon.

Second, it would let a bit of steam out of Cuba’s offshore oil development – because the Cubans are hoping that oil will be sold at advantage to the United States. Slap a tariff on it and their list of buyers gets a little smaller. Anything we can do to starve the Castro regime on oil is to our benefit.

Third, we incentivize the Russians and other non-OPEC importers to behave, because they’ll want to conduct trade agreements with us to escape the tariff. We can say we’re interested in such arrangements but drive a favorable bargain.

Fourth, we’ll be in a position to destroy OPEC once and for all. Venezuela isn’t the only non-Arab country in OPEC we buy lots of oil from; we also buy a significant amount from Nigeria. When the Nigerians are all but shut out of the American market (or priced out of competitiveness) because they’re in OPEC, they might want out. And they’ll definitely want to conduct a separate trade agreement to get some relief from the tariff. Once again, we’re in a favorable negotiating position. Others will follow.

But most of all, a North American energy market sends the signal we should have sent after 9/11 – namely, that Mideast oil is what funds jihad around the world and they’re no longer getting petrodollars from the United States to build jihadist mosques, push sharia law around the world, fund terror groups on the side and do all the other sinister things the Saudis, Libyans, Kuwaitis, Qataris and Iranians do. Sure, they’ll do them with revenues they’re making off the Europeans, Indians, Chinese, Japanese and others, but when the 25 percent of the oil market that is the United States is either taken off the table or they’re made uncompetitive thanks to the NAEM and whatever other trade agreements we conduct they’ll be forced to change their ways.

Will there be negative economic consequences to a change like this? Probably. Can they be worse than our shoveling some $180 billion or so per year to OPEC countries at $100 per barrel? That’s hard to imagine.

As the Washington Examiner editorial and Roemer himself in his Fox News appearance note, repatriating that capital into the American economy will create hundreds of thousands – Roemer estimates more, like five million – of American jobs, the tariff would help pay down the national debt, the federal royalties off increased offshore production or exploitation of the oil shale in the Rockies would create even more revenue and the strengthened economic ties to Canada and Mexico can only help.

Like the Examiner said, what’s not to love about that?

UPDATE: We forgot to mention the best part of this – namely, that it would force both parties to embrace domestic oil production and energy independence. No more posturing about the issue or spinning stories about it. Both Democrats and Republicans would be held accountable for the state of North American energy supply and domestic energy in particular.

One of the biggest problems in energy policy is that the two parties are talking past each other. Democrats operate on the assumption that currently-unused resources like wind, solar and biofuels will make fossil fuels obsolete if we just invest enough in them, while Republicans until very recently have been happy to cozy up to people like the Saudis in the mistaken belief that diplomacy can keep oil prices down. Neither party has been serious about the effect of failing to commit to domestic energy production on the trade deficit, the budget deficit and our national security. This idea would force both sides to engage in that debate and stop entertaining fantasies.