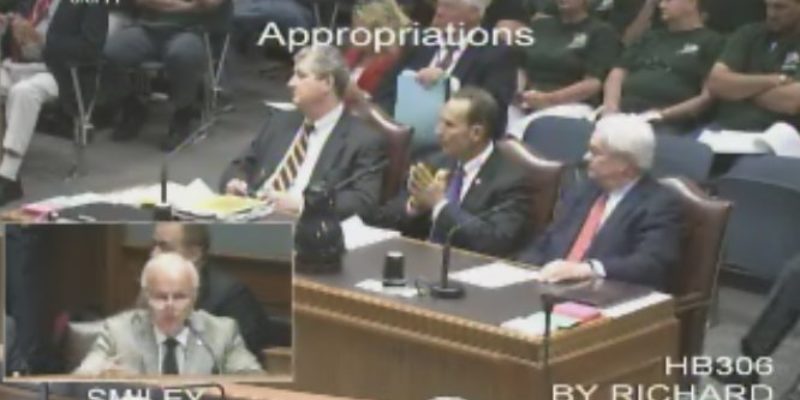 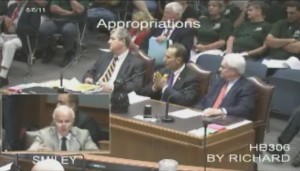 The Monroe News-Star and Jeremy Alford at the Baton Rouge Business Report both note that amid the legislative chaos going on at the Louisiana state capitol one potential solution to a massive budget deficit is quietly moving through the process.

HB 306, authored by Rep. Dee Richard (I-Thibodaux), would require state agencies to trim 5,000 positions over the next three years. The bill is a manifestation of  state treasurer John Kennedy’s advocacy of swift reductions in the state’s payroll – reductions the Jindal administration has been making in smaller amounts over the last two years. HB 306 would go further than the administration has to date, which naturally engendered resistance from Jindal’s people – who worry that payroll cuts would affect service among veterans’ affairs centers, hospitals and prisons.

Richard said the bill is a “step in the right direction to make some changes on spending.” A fiscal note on the bill from the Legislative Fiscal Office estimates that in the first year of the cuts, in which some 1,700 jobs would be eliminated, the state would save $111 million – and $292 million annually with all 5,000 positions eliminated.

Kennedy told the committee that labor costs, including benefits, usually run the state about $8 billion annually. “It’s easily our largest cost in state government. No state can get control of its spending without addressing its cost of labor.”

“The average five-year attrition rate 16.2 percent — about 16,000 positions a year,” he said, so trimming payroll by 5,000 employees by not replacing some people wouldn’t be that difficult. “This will require some departments to reorganize,” he said.

The bill would give Commissioner of Administration Paul Rainwater until Sept. 15 to implement a plan for the reductions, though Kennedy is adamant that eliminating the positions can be done simply by not filling jobs as they come open. The Jindal administration has countered that the highest-turnover jobs in state government tend to be things like prison guards, which have to be filled.

HB 306 was reported out of the Appropriations Committee unanimously yesterday.