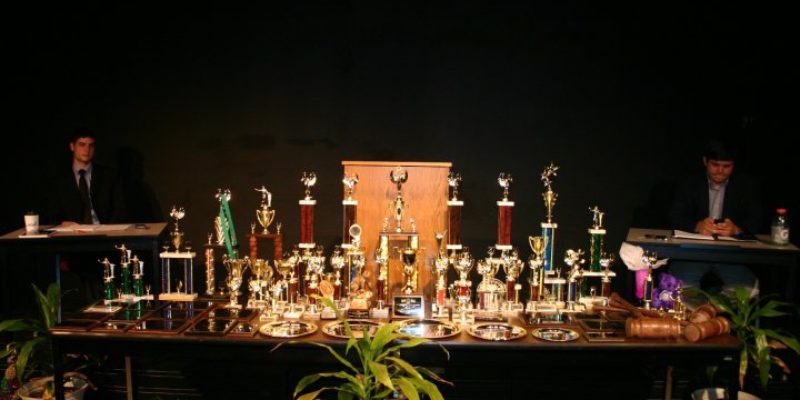 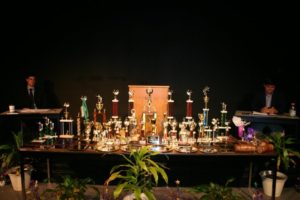 Now I hope this doesn’t come across as too smug, but I genuinely feel that there are some things that I could teach Obama about how to debate. As a member of the three time National Championship Louisiana State University Shreveport Debate Team, and the winner of quite a few trophies in the Professional Division (made up of coaches, college professors, lawyers, graduate students, lobbyists, and others), I am pretty well qualified to give him a few pointers.

First thing is first- raising the debt ceiling, and how to do it, is a Policy Debate. In academic debate, this means that a change in the status quo is being called for. It could be phrased as a resolution, as we call them: “We should raise the debt ceiling.” Obviously, Obama and the Democrats are the Affirmative Team.

So, what are the burdens of the Affirmative? First and most importantly, the Affirmative always has The Burden of Proof. This means that they have to prove, beyond a reasonable doubt that the resolution is the best choice.  But how do you prove which choice is the best choice? Well, according to philosopher Immanuel Kant, the only way to tell if something is a good idea, is to put it into practice, basically meaning- you have to have a plan.

This is Obama’s biggest mistake- he has been trying to debate the resolution without providing a plan to be voted on. This happens in academic debate as well, and the most common excuse our opponents will give is that we have time constraints (only 3o min. of prep time before each round) and therefore not enough time to research and devise a plan. Unfortunately for Obama, he cannot use this excuse- this showdown has been looming for months, and he has a huge staff of so-called experts at his disposal, and hundreds of lawmakers, who could have submitted at least ONE plan by this time, to be voted on in the House or Senate.

Instead he has decided to do what many of my opponents do- vague promises, with no real direction. An example of this: in a tournament’s final round, I had opponent whose whole “plan” was reform. One word. Nothing else. As if he was Harry Potter and “reform” was a magic word that would make everything perfect. How can you vote on something that is not definite?Its like saying let’s vote on Health Care Reform, and not letting the judges know if you are talking about Obama Care, or the Republican Bill- how do you know whether or not it is acceptable unless you know exactly what is going to be done?

As of right now the only plan on the table is the “Cut, Cap & Balance” which has widespread support from the American people. So assuming that somehow Obama decides to read this and needs to know what to do next, here is the rest of how to win a policy debate: If Obama wants any chance of winning this debate (or re-election) he needs to step up to the plate and write his own plan. But just any old plan is not enough, there are burdens that the plan has to meet.

He has to prove to law makers, and the American people that there is a genuine need for a raise in the debt ceiling. And this may be hard when one looks at his own arguments just a few years ago in regards to President Bush requesting a (small) raise:

The fact that we are here today to debate raising America’s debt limit is a sign of leadership failure. It is a sign that the U.S. Government can’t pay its own bills. It is a sign that we now depend on ongoing financial assistance from foreign countries to finance our Government’s reckless fiscal policies. Increasing America’s debt weakens us domestically and internationally. Leadership means that ‘the buck stops here. Instead, Washington is shifting the burden of bad choices today onto the backs of our children and grandchildren. America has a debt problem and a failure of leadership. Americans deserve better.

So far, it seems that his best argument in favor of the raise, is scaring old people about not getting their Social Security checks, even though his administration is in charge of the Treasury Department, and would decide what bills and obligations would and wouldn’t get paid. Surely Obama would never allow his Treasury Secretary to withhold Social Security checks? Or tell him that it was okay to not pay members of the military? One would hope that it would be lawmakers much more substantial checks that would be delayed until a deal was reached, as well as the “advisers” who got us into this mess.

2. Get an Actual Plan

Seriously, a real one. Not a “promise” to cut unknown things “later”, not an “agreement” to some “fair” cuts to entitlement programs at some point in the future, and certainly not any vague call for over a TRILLION dollars in new taxes without any way of knowing exactly what taxes you will be raising, by how much, and who they will affect. Think back to Kant- how can you put any of that into practice in order to determine its value? How can think tanks, research firms, or even governmental agencies take that and run the figures to determine their impact on the American people and economy? They cannot. That is why there needs to be a real plan, written down, with numbers and dates, and real and binding words defining what will be done and how it will happen. Otherwise, it is like trying to follow a GPS that only says “turn” but doesn’t say when or in what direction- completely useless and confusing.

Solvency just means that the plan in question actually has to solve for the problems in the status quo. This is exactly why a plan must be specific, so that you can clearly demonstrate how it will fix our current situation. But… Obama told us already that kicking the problem of our nation’s spending problem down the road is not going to solve anything. He said we deserve better leadership than that. I, for once, am inclined to agree with him.

In order for a plan to be considered a good idea, it must be able to survive a Cost Benefit Analysis, or a CBA. All a CBA does, is weigh the costs of implementing the plan, with the benefits that solvency has shown will come of the plan. If the costs are greater than the benefits, the plan is a failure. Usually the Negative provides the costs to the plan, although Obama has given us a few already:

b. reliance on foreign countries

d. pushing the burden onto our children and grandchildren

So it is his burden to prove that he can overcome those significant costs to raising the debt ceiling, along with the other costs that will have to be determined based on what his plan actually calls for as far as cuts and taxes.

I have a considerable amount of doubt that this is possible, and as a voter, and therefore his judge in this policy debate, I would not be able to vote Affirmative. Obama loses for failing to meet his burdens as a debater, and most importantly, as a leader.