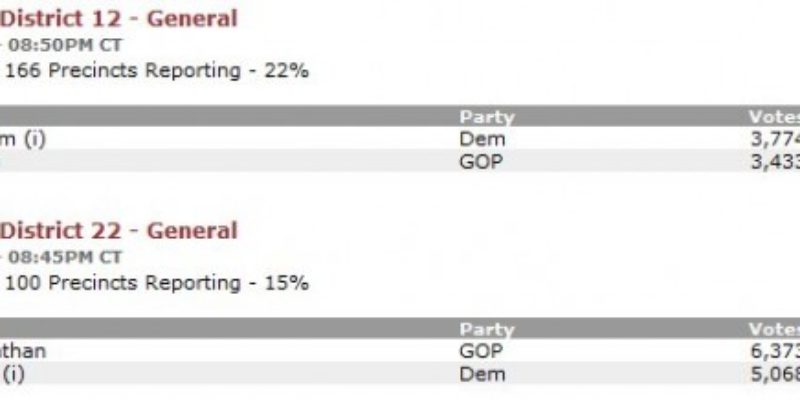 Last week there were six Republican state senators facing recall elections, and four of them won despite a whopping $35 million spent by unions and other left-wing groups to take away the GOP’s 19-14 hold on that body.

Of the two Republicans who did lose, one of them was caught having an affair with an intern shortly before the election and the other represented a heavily Democrat district which voted Obama +14 in 2008.

That’s $35 million on six state senate races, and the Democrats lost all but two they very likely would have won without spending any money. For perspective, all seven congressional races in Louisiana last year combined saw $14.27 million raised. Or if your prefer, for $35 million per seat you could have financed no less than nine successful U.S. Senate campaigns in last fall’s cycle – Mike Lee, Tom Coburn, John Boozman, John Hoeven, Chris Coons, Jerry Moran, Joe Manchin, Dan Coats and Kelly Ayotte, who combined spent a little over $32 million. In fact, at $5.83 million per seat that’s a number which would have covered 14 successful U.S. Senate campaigns last year (Lisa Murkowski, Pat Leahy, Mike Crapo, Daniel Inouye and Barbara Mikulski each spent less than $5.83 million in winning their races).

But it’s not enough to carry a state senate seat in a recall election if you’re a Democrat in Wisconsin.

We’ll be checking in with the numbers all night tonight, since there’s no football on.

UPDATE #2: Steitz is looking good, Simac not so much, but it’s hard to say where this vote is coming in from…

UPDATE #3: These image files are enormous, so we’re going with simpler stuff.

UPDATE #4: Things have changed, for the better if you’re a Democrat.

AP has called the race for Wirch. But there are four counties in District 12 which have not come in – Florence, Langlade, Lincoln and Vilas – which supposedly are all Simac strongholds. Combined they’re 77 of the 166 precincts. So picking up that 833-vote margin is quite possible.

The Republicans will still hold on to that state senate by a 17-16 margin, meaning nothing has really changed with these recalls.