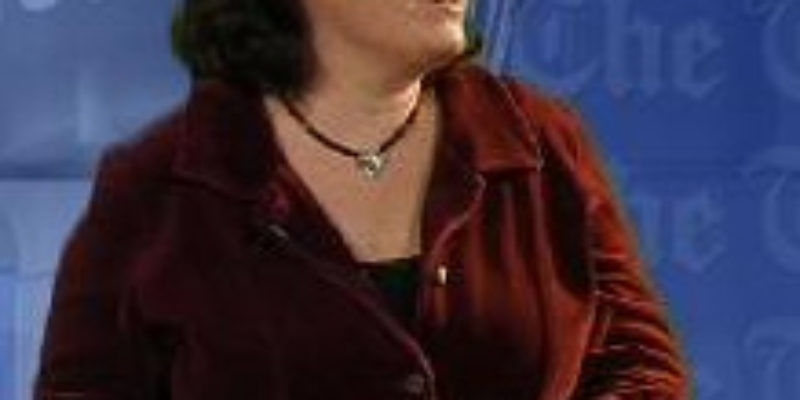 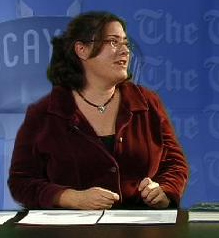 I don’t want to turn this site into a constant critique of Louisiana’s two major newspapers, but once in a while there appear items in the Baton Rouge Advocate and New Orleans Times-Picayune which shouldn’t escape some comment.

Today’s column by the Picayune’s Stephanie Grace is such an item.

Grace summons up a mostly-full basket of indignation about Sen. David Vitter, arising out of his relatively lighthearted bitching last week over Harry Reid’s decision to hold votes before and after last Wednesday’s presidential address. Vitter had said he was skipping the address, because (to summarize) he thought it was nothing more than a campaign speech and an abuse of the presidential privilege to address a joint session of Congress.

Vitter wasn’t alone, as several other Hill Republicans in both the House and Senate said they’d be taking a powder rather than sit through 40 minutes of Barack Obama bleating “Pass This Bill!” at them, and trying to make the case that $62 billion in unemployment insurance extensions will create jobs before, a few days later, trying to make the case that paying for that and $390 billion in other federal largesse by raising taxes on the people who might be in a position to hire someone won’t retard job growth.

Vitter was well aware what he was in for at Obama’s speech, and he was more interested in watching the Saints-Packers game at his house. But when Reid scheduled those votes he canceled his flight home, sucked it up and sat through “Pass This Bill!” before racing back to his place in D.C. before kickoff.

Until this morning, when Grace – who apparently wasn’t inspired by anything else going on in Louisiana or elsewhere, decided to take up the Vitter-Who Dat saga.

The way Vitter carried on, you’d think he was the only Who Dat in Who Dat Nation to suffer the miserable fate of, you know, having to do his job.

He wasn’t, of course. Plenty of other people managed to drag themselves to work on game night. There were bartenders staffing the watering holes where fans gathered. There were bus drivers, cops and drugstore clerks on duty too, and not even whining about it on Twitter. I’ll bet some of the unemployed citizens the president talked about would have been willing to show up, if only they had somewhere to go.

But enough about them. This was about him!

“Typical Harry Reid,” Vitter wrote on Facebook. “He’s now scheduled votes that should’ve been held this morning for right before and right AFTER the prez’s speech. Pens in those who would have skipped speech, like me. So now I’ll miss my own Saints game party at home.”

“Always knew Harry was a Dirty Birds fan!,” he continued, in a strained stab at trash-talking Reid, who’s actually from Nevada, not Georgia. But “don’t worry — only strengthens my Who Dat resolve.”

Grace has a point. It was lame for Vitter to link Reid with the Falcons. A better shot would have been, given Reid’s connections with various Las Vegas sleazeballs, that he had the over on “Pass This Bill!” rather than the Saints and the points.

But a Senate seat is not a gig as a night watchman. When there is work that could be done during normal business hours and Reid schedules it at night for purely political purposes, it’s petty and unprofessional. Maybe it’s something Mitch McConnell or Trent Lott would have done, but that doesn’t make it any less, well, picayune.

And Vitter was more than within his rights to have a go at Reid on Facebook for having to show up for something that isn’t, strictly speaking, his job. The taxpayers don’t pay Vitter to provide an audience for Obama campaign speeches, they pay him to sponsor and vote on legislation. And if that could have been done during the day, so he could catch a flight home, he’s not unreasonable to point that out.

On the off chance that anyone actually did worry, they might consider that this was a problem of Vitter’s own making.

As a senator, maybe he didn’t need to throw a watch party during a joint session of Congress. He’ll have 15 more opportunities, at least, most of them over weekends.

As a devoted partisan, perhaps he could have prevailed on his fellow Republicans to let Obama speak Wednesday, as the White House requested, rather than punt him to a night when his message might be drowned out by the big game.

Yet, as Vitter boasted on Fox News before Reid pulled his reverse, “as a FAN-AT-IC, I have my priorities.”

One could see that passage as the real reason Grace decided to write this piece – Vitter gave her the angle she wanted to bash the GOP for not knuckling under to Obama’s nakedly-partisan attempt to drown out last Wednesday’s GOP debate at the Reagan Library by throwing his own televised campaign event at taxpayer expense. That failed effort by the White House didn’t make Grace’s column, but John Boehner’s refusal to go along with it certainly did today.

And then, an appeal to authority.

If Vitter’s other priority was to attract attention, he got it, although not necessarily the kind he wanted.

Commentary from the usual suspects was predictably brutal. Gawker derided him as “the Senate’s saddest little boy.” Salon wrote that Reid interfered with Vitter’s attempt to “show his constituents how much contempt he has for Barack Obama, because that is how Republicans prove seriousness, these days.”

But they weren’t the only ones who strongly hinted that Vitter had stepped out of bounds. House Speaker John Boehner warned Republicans against boycotting the address.

“As an institution, the president’s coming at our invitation. We ought to be respectful, and we ought to welcome him,” Boehner said.

Congressional scholar Norm Ornstein, of the conservative-leaning American Enterprise Institute, said he “simply cannot recall a time in the past when lawmakers openly gave the finger to the president of the United States on a huge issue like jobs. It is frankly depressing.”

Gawker and Salon had negative things to say about David Vitter? Shocking. And Boehner’s admonition was neither directed at Vitter personally nor particularly tough; as House Speaker he’s expected to say things like “we ought to be respectful.”

Ditto for Ornstein, who has been hammering Republicans since last week about their not folding on the date of Obama’s speech but never mentioned Vitter by name. As for Stirewalt, having watched his interview of Vitter last week it was fairly clear that his “Oh my goodness” was not a negative reaction to Vitter’s statement so much as it was surprise that he’d stumbled on a bit of breaking news.

In other words, Grace’s picture of a wall of negative reaction smacking Vitter in the face for his plan to skip the speech is a little (if not a lot) overstated.

Vitter went on to argue that “I think it’s widely understood that this is more a political speech than a substantive speech.” He said Obama is good at giving speeches but “never following up with actual legislation.”

OK, sure, it was a political speech, one that quickly popped up in Democratic ads.

But it was also about substance, extending payroll tax cuts, providing incentives to companies that create jobs, investing in infrastructure. And contrary to Vitter’s assertion, the White House submitted “actual legislation” Monday.

Congress doesn’t have to like it, but you’d hope that members would consider it on its merits. Even if they disagree with Obama’s philosophy. Even if they want him to lose the election.

Even if they’d rather be watching football.

We should be thankful for Grace’s admission that yes, it was a political speech. It was a nakedly political speech. And to the extent it was about substance, it was unserious – the idea that a Republican House is going to sign off on $450 billion grab-bag of federal giveaways, including hundreds of billions of dollars in aid to state and local governments to head off layoffs of public-sector union members, perhaps the largest remaining Democrat constituency group, is foolish in the extreme if not nauseatingly political.

It isn’t like Obama’s speech wasn’t immediately panned by both Democrats and Republicans on Thursday. That, for Grace’s benefit, is a consideration on the merits – and a judgment that it lacks same.

And that’s no surprise. Vitter wasn’t alone in recognizing what was coming and rejecting beforehand yet another paean to Keynesian economics – which Obama’s jobs plan doesn’t even qualify as. A Keynesian plan would have blown $450 billion out the door in deficit spending with the idea that it would grow the economy and increased tax revenue down the road would pay for it. We’ve seen more than enough evidence such an approach just doesn’t work, the most recent example being Obama’s 2009 stimulus plan. But this proposal is even worse; it seeks to blow that money out the door and then raise taxes on the productive class to pay for it, and that makes it nothing more than a brazen redistribution of wealth from people who probably didn’t vote for Obama to people who probably did.

And people who see this as unworthy behavior of a President of the United States, like Vitter, shouldn’t have to sit through it with a smile on their faces.