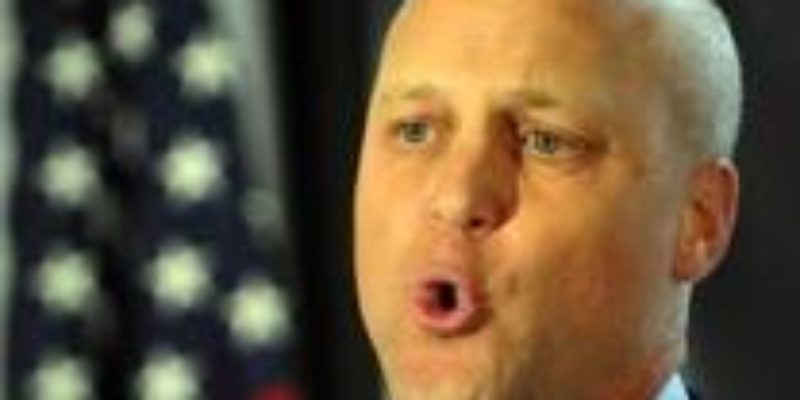 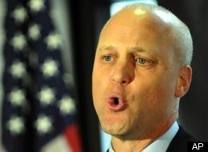 New Orleans Mayor Mitch Landrieu announced a 10-year initiative this week to work with the U.S. Department of Housing and Urban Development to “end homelessness” in New Orleans.

The plan calls for a federal-local government partnership that would create more subsidized housing and turn the old downtown Veterans Affairs Department hospital building into a 24-hour homeless center—whatever that means.

Mitch, supposedly, decided to tackled the homeless problem because the issue has recently been brought to light by the Occupy New Orleans encampment across from City Hall at Duncan Plaza.

I want to help the mayor out. I like the man. I even spent time a few years back helping him hunt for playing marbles in a Natchitoches general store –but that’s a story for another day.

Mitch, if you really want to do something about the homeless in New Orleans, you could start by running the people out of the Duncan Plaza encampment. Now that similar encampments in places like Los Angeles and Philadelphia have been shut down, you need to get rid of the one in New Orleans before the “homeless” who were camped out there come to New Orleans.

I’ve been down to the Occupy New Orleans encampment in Duncan Plaza, as documented in an early post on this website, and it’s mostly made up of out-of-town transients. More than from out-of-town, most are from out of state.

I think it’s worth reposting this video I shot of one of the many Guy Fawkes at the encampment to illustrate who these people are:

I have sympathy for the truly homeless –those who have found themselves on the streets through misfortune and by no real fault of their own. That’s not who these people are. These are, in large part, 20-something soul-searchers who have chosen to take to the road in hopes of finding themselves or just in hopes of starting trouble.

They are meandering through one giant lost weekend. Some will wander this way for the rest of their lives, while others will eventually grow up, take a bath and go look for a job from the very people they are now protesting. Most of them are too young to know what a yuppie is, but they will end up yuppies, regardless.

You could give these people all the government housing you want and turn the French Quarter into a giant homeless shelter –if it isn’t one all ready—and these people would still take to the streets. That’s just who they want to be right now. 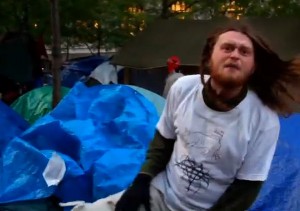 They are using the occupy movement and whatever cause they can glom onto as an excuse to squat in a public park. Amazingly, when I was there I discovered that they use string to rope off their “perimeters”, to truly take possession sections they have claimed.

They decry the greed of American corporations, but they are among greediest that our society has to offer.

They covet what isn’t theirs and demand that others pay so they can live their chosen lives as vagabonds. It’s a selfish life and these people need to stop being held up as heroes by certain media outlets and being provided porta-potties on the public dime.

They are spoiled, greedy people who have now created a PAC to better organize so they can claim property that doesn’t belong to them –much like they are doing now at Duncan Plaza.

The longer the occupy movement occupies Duncan Plaza, New Orleans’ homeless problem will grow. It’s up to you to do the right thing, Mitch.

I’ve been talking to people in the mayor’s office this morning, trying to get a straight answer as to how long the occupiers will be allowed to take over the park. I was told that I would get some kind of answer to that question today, but I’m not waiting any longer to post this on the Internet. If I get another call from the mayor’s office with an answer, I will update this post accordingly.

Make me proud, Mitch. Deep-down, I know that a guy who gets as excited as you did over finding a pretty cat’s eye in a marble bin can’t be all bad. 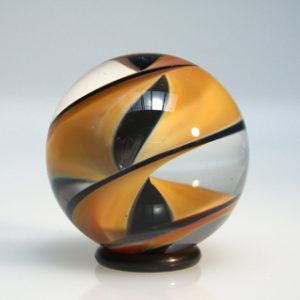 Interested in more national news? We've got you covered! See More National News
Previous Article ‘Just Because’ Won’t Cut It Anymore
Next Article The Government And The People Are One In The Same