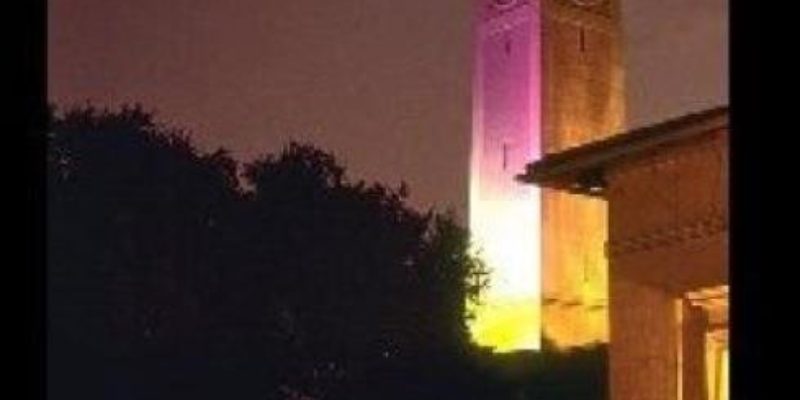 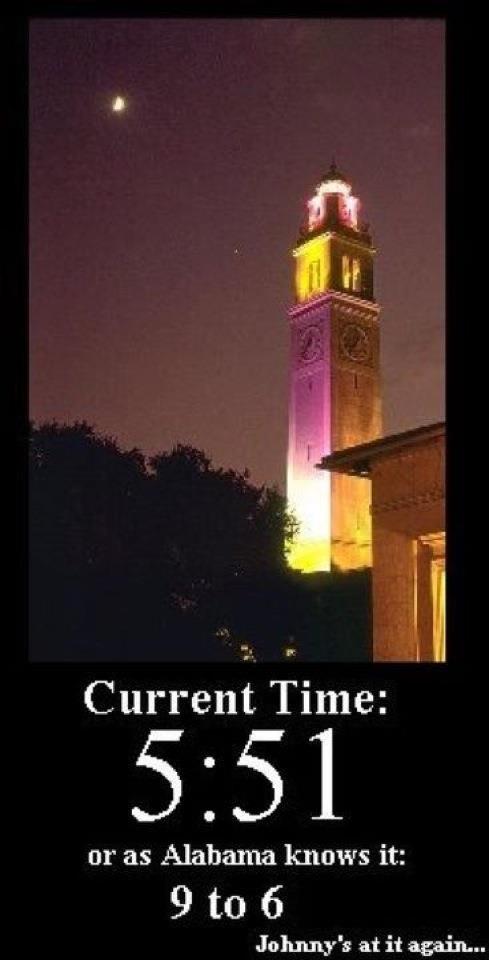 All in good fun.

All the babblers on ESPN wanna talk about is a rematch.

To which I say, fine. In the off chance that Bama getting a mulligan results in them winning in the Dome, does LSU then get to turn around a week later and play a best two out of three final?

Because otherwise, why do they get a rematch?

ESPN has the title game. ESPN saw the ratings for Saturday night’s game and it was the highest-rated college game in two decades. ESPN wants ’em some o’ that. So ESPN is gonna pimp a rematch.

Yeah, ESPN puts out a lot of TV money to the schools. But y’know what? The influence from that only goes so far.

Screw Bama and their overrated turncoat narcissist of a coach. Screw them and their rematch. Alabama’s toughest game away from home so far was against that school where they don’t have a problem with the defensive coordinator using the showers to re-enact all the bad scenes from Sleepers. And it doesn’t get any tougher for them; for the next three weeks they’ve got Mississippi State on the road, Georgia Southern (who?) at home and Auburn on the road.

They win those three games and they expect to be handed another shot at LSU, as though they didn’t just shank and choke their way out of a championship.

LSU? LSU gets a couple easy games in Western Kentucky this weekend and Ole Miss, who just gave the bum’s rush to their coach, next week. But after that they get Arkansas, who is not only a top 10 team now but always plays LSU like it’s the freakin’ Battle of the Bulge, and then they’ve got to go to Atlanta and play Georgia, assumedly, though they could choke and lose to Auburn (or Kentucky, but c’mon) and give South Carolina a shot at getting in from the East. Georgia’s campus is all of an hour away from the Georgia Dome, so that’s a home game for them.

So these half-noble clowns with the toilet paper rolls and boxes of soap on sticks expect to sleepwalk through a few scrubs and get a title shot handed to them while LSU gets to play an extra game on the road against somebody who might be, what? 12th? 10th? 9th in the country in the championship game and THEN they get to play for a championship?

Yeah, I don’t think so. If that’s the score of this thing there was no point in going over there and beatin’ Bama in the first place. If anybody gets a title shot fed to ’em on a silver spoon it ought to be LSU, not Lil’ Nicky and his collection of tampon food.

Call me an Okie State or Stanford fan at this point. Those guys deserve a shot at getting reamed by LSU in the Dome. Bama can come to Louisiana next year if they want another bite at the apple.

Interested in more national news? We've got you covered! See More National News
Previous Article This Says It All, And We’d Like To Hear The Response From The Dirty Hippies
Next Article Gloria Allred? Did You Say Gloria Allred?