This doesn’t fit the narrative at all, does it? 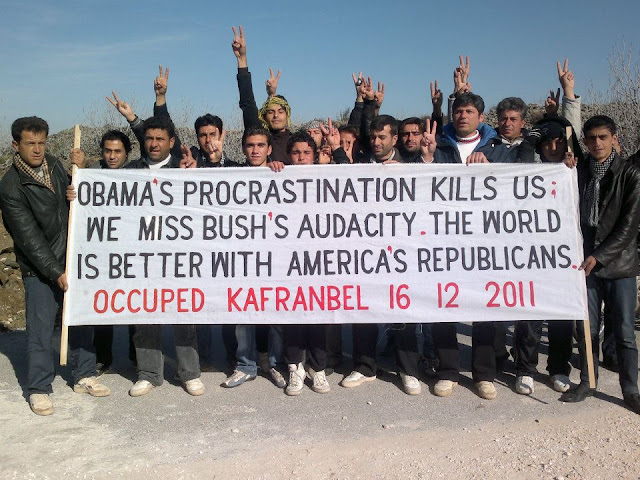 But that having been said, time was when we were pretty good about arming people who were trying to topple regimes hostile to us. Why wouldn’t we be arming Syrian rebels and letting them fight a proxy war?

And don’t say we can’t do that under this president. This is a guy who for six months bombed a country we had been at peace with, in violation of the War Powers Act, so that he could install the local Al Qaeda affiliate in charge. Shipping a few crates of rifles and some grenades to people trying to take down an Iranian puppet regime is pretty small beer compared to that.

While we’re at it, we could do a lot worse than arming rebels in Iran, too. Back in 2009 if the demonstrators in the streets had been able to shoot back when the mullahs’ thugs showed up, we’d likely have a new government there less hostile to us and less likely to drop a nuke on Tel Aviv.