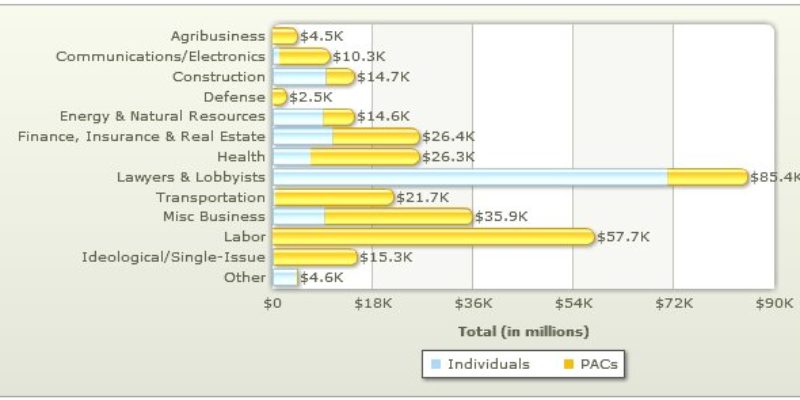 Anybody see this over the weekend? Apparently it went out in both Baton Rouge and New Orleans while the NFL games were going on, so obviously a few dollars were spent on it…

The American Chemistry Council – not Cedric Richmond himself – is the party responsible for this one.

They’re usually a Republican-leaning outfit. Interestingly, though, so far in the 2012 cycle they’ve donated $5,000 to Charles Boustany, $3,000 to Bill Cassidy and $1,000 to Richmond – who’s one of a very few Democrats on Capitol Hill they’ve given money to (the others in the current cycle being Senators Joe Manchin and Ben Nelson and Reps. Hansen Clarke, Steny Hoyer and Sheila Jackson-Lee). None of the other Louisiana congressional delegation members have gotten any money out of the ACC.

Richmond’s district includes a swath of territory along the Mississippi River between New Orleans and Baton Rouge in which lots of chemical plants are located, and he also sits in the North Baton Rouge area where ExxonMobil’s massive refinery, employing some 15,000 people, can be found. So it’s not a surprise that the industry group representing all those petrochemical facilities would get involved with Richmond. His voting record so far hasn’t been hideous where the industry is concerned, so maybe he’s being rewarded for it.

That said, as of the last filing period dated Sept. 30 Richmond isn’t exactly raking it in from the petrochemical industry. His campaign donations (he’s raised about $357,000 for his re-election bid next year so far, and spent most of that figure to date) have come from the usual sources you’d expect a Democrat to draw from – trial lawyers and unions – for the most part, with the plants showing up as a small blip on the screen if at all…

So why is that ad on TV now?

We’ll leave that to our commenters to weigh in on.

Interested in more news from Louisiana? We've got you covered! See More Louisiana News
Previous Article Raises For Judges Considered Amid Budget Trouble
Next Article Want To Be A Reality TV Star? Here’s Your Chance…