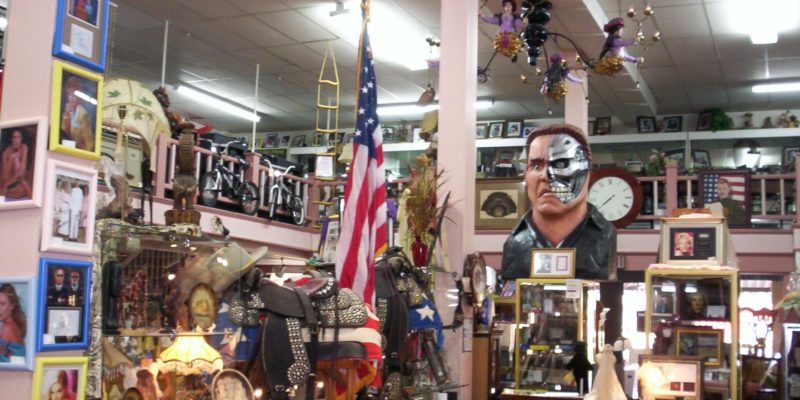 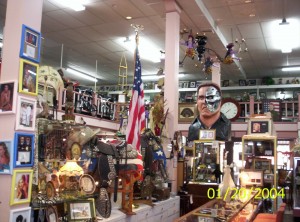 In case you haven’t heard, a new reality TV show has come to Louisiana and you could be on it if you have something really cool to bring to Jimmie DeRamus’ Alexandria pawn shop.

“Cajun Pawn Stars,” a spin-off of the History Channel’s monstrously popular “Pawn Stars”, will debut on the network on Jan. 8 at 9 p.m. The show is being filmed at Silver Dollar Pawn and Jewelry, a business that DeRamus has owned for 26 years.

Since there are already some very popular reality shows being filmed in Louisiana–think Swamp People–and Pawn Stars is the No. 1 reality show on TV behind Jersey Shore, the show is bound to be a hit.

I used to live in Alexandria and I know DeRamus and his pawn shop, so I gave him a call to ask how it all came about and how regular folks could be a part of it.

He told me that the whole thing started after he was contacted by Leftfield Productions, a television studio out of New York, who had been scouring the New Orleans area looking for a pawn shop for a new show with a southern theme.

The producers kept hearing about DeRamus’ shop and decided to check it out.

“When they first called me, I didn’t even call back. I thought that someone was playing a joke on me,” DeRamus told me.

It wasn’t a joke and DeRamus and his family are now on their way to reality TV stardom.

If you have never been in Silver Dollar Pawn and Jewelry, DeRamus’ 20,000 square-foot shop on Lee Street in Alexandria, it’s a really cool place.

Here is a video from Fox 48 that gives you a little peek inside:

The History Channel has already wrapped up filming the first season and is looking toward next season. The show will star DeRamus; his wife, Peggy; daughter Tammie; younger brother Johnnie; employees such as Tina Journet and Walt Piper; and DeRamus’ gun expert, Gary Ermatinger.

If you have something interesting that you might be willing to pawn or sell, or at least negotiate pawning or selling, you might be on TV yourself.

Something that DeRamus is very adamant about is using the show to highlight Louisiana, particularly Central Louisiana. Items of historical significance that you could bring in would be especially appreciated.

“I want to present the state in a positive light and this is a venue to do this,” DeRamus said. “We have been looked over and walked around, because everyone seems to think we all have a perot in our garage.”

Send him pictures of your items along with your name, address and telephone numbers where he can reach you. DeRamus will shoot the best e-mails to Leftfield Productions, who makes the final decisions about what ends up on the show.

The show has already prompted some local people to bring in some cool stuff, including rare $10,000 and $5,000 bank notes that DeRamus ended up paying half a million dollars to a acquire. He had to close the shop and bring in armed guards for that episode.

DeRamus is keeping quiet about some of the other neat things that will be shown in the first season, but I know that he has a hearse used to carry the body of Martin Luther King Jr. It is on display at the pawn shop and we be included in the first season.

Cameras have traveled outside the pawn shop throughout Rapides Parish, shooting footage in the neighboring parishes of Avoyelles, Grant and LaSalle. DeRamus told me that there are plans for excursions into my backyard in Tensas and Concordia.

They might come to your town too, if it’s worth the trip.

So, go ahead and shoot Jimmie an e-mail if you’ve got the goods and, maybe, I’ll see you on television. Who knows? It might just be the big break you have been waiting on.