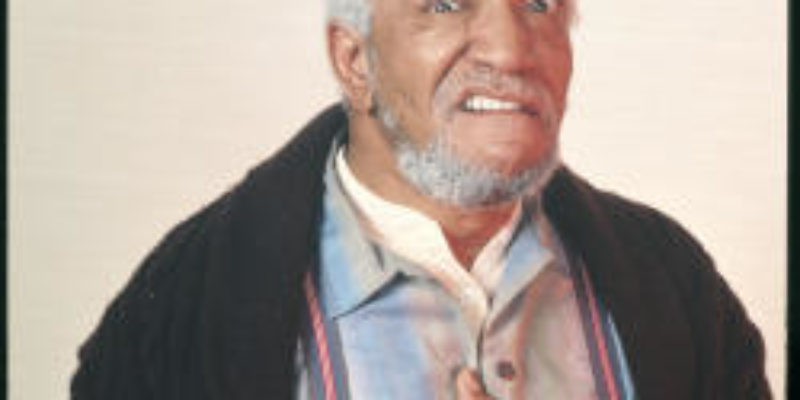 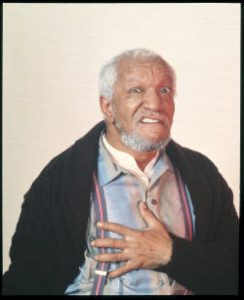 There will now be a third-party review of West Bank levees that have been built up by the U.S. Army Corps of engineers at part of a $29 million construction project that’s supposed to secure residents from disasters like Hurricane Katrina. In case you haven’t heard, a bunch of has junk showed up in berms.

Sen. David Vitter got a promise to move ahead with an outside review to measure the integrity of the levees from corps officials yesterday.

The West Bank levee authority has been asking for a third party to come in an oversee construction after test trenches cut into the berms showed they had as much junk in them as Fred Sandford’s front yard.

The authority has dubbed the levee, the “jelly doughnut levee” –because it’s all squishy on the inside.

I called the corps today to respond to the condition of the levees and was referred to a statement on their website which reads:

The U.S. Army Corps of Engineers has a comprehensive Quality Assurance/Quality Control process for all phases of construction to ensure that contract specifications and quality standards are met. If unsuitable material (concrete, rock, brick, steel, tires, etc.) is reported to the Corps or our partners, we increase the level of quality assurance to include more inspections prior to compaction of the levee, additional levee lifts and final grading and seeding.

Of the 54 contracts that comprise West Bank & Vicinity (WBV) portion of the Hurricane and Storm Damage Risk Reduction System, unsuitable material has been reported in three. Although it is possible that unsuitable materials may cause a levee to settle minimally, it does not have an effect on the structural integrity of that levee.

On one of the three west bank contracts, WBV 14c.2, the Corps is in the process of conducting geophysical testing (electromagnetic mapping and ground probing radar) to investigate if unsuitable material – from either the hauled material or material re-used from the previously existing levee – is within the new levee or berm. Exploratory trenching is being performed to calibrate the geophysical testing equipment and verify the results obtained from the testing. Investigative trenching and coring of the levee is also being performed to provide additional input to verify levee performance and finalize any corrective actions necessary to ensure that it meets the Hurricane & Storm Damage Risk Reduction System criteria, quality standards and performs as designed. On the other two contracts, the unsuitable material found did not exceed the allowable amount.

Throughout the process, the Corps will continue to work with the Louisiana Office of Coastal Protection and Restoration and the Southeast Louisiana Flood Protection Authority-West to address any and all concerns related to unsuitable materials. The combined Corps and Non-Federal sponsor team efforts will focus on delivering a quality storm damage risk reduction system for the citizens of the greater New Orleans Area.

Some of the things found in the levees include logs, a hot water tank, a shopping cart and the 2.4 million jobs created or saved by President Obama.

Okay, the jobs weren’t in there, but they might be if they keep looking–no one has really been able to find them anywhere else.

It has been reported that the junk in the levee originated in an old dump site. Regardless where it came from, everything possible needs to be done to make sure that all the levees are up to par, with the river once more on the rise.

In August of this year, a new federal rating system gave the levees a near-failing grade. The levees were rated Class II, which means that they are “unsafe of potentially unsafe” in the case of another major hurricane or massive flood event.

Vitter has been working to shore up some of the red tape associated with the corps with legislation he brought to the Senate and a letter he penned to the Government Accountability Office asking for an audit of the U.S. Army Corps of Engineers.

In a recent op-ed that he ran in the New Orleans Times-Picayune, the senator explained the legislation put forth to help fix problems with the corps, which has $60 billion worth of backlogged projects on a $5 billion annual budget.

First, I’m introducing bipartisan legislation to begin to break through this bureaucratic gridlock and clear out the massive backlog of projects. The plan will force the corps to delegate its project manager role on many projects to state and local government partners on those projects, allowing them to complete the projects more quickly and cheaply. This will start as a pilot program involving certain significant projects and will be expanded from there.

This is exactly what we do with federal highway projects, letting states take the lead. We should here as well.

Second, I’m demanding a detailed and unprecedented Government Accountability Office audit of the corps — how it allocates its resources; how it manages projects; in short, why so much of the corps’ coastal and storm protection work in Louisiana is over-budget and behind schedule.

This should answer key questions that are particularly frustrating to the Louisiana congressional delegation. For example, when drafting legislation, we regularly get corps cost estimates for vital projects and insert those cost estimates into our bills, only to have the corps later claim that these funding levels — which they produced — are insufficient. And then there are the incidents of shoddy work being allowed, as evidenced by large amounts of debris being discovered in new West Bank levees. And cases of outright corruption in contracting.

Auditing the corps will go to the heart of these perennial frustrations and concerns. Let’s have the corps open its books so everyone can see exactly how it manages our precious federal tax dollars.

As the extraordinary response to Hurricane Katrina wraps up, we cannot accept a return to the old corps norm. We must demand real change. Our very future and survival depend on it.

It’s remarkable that old toilet seats are being pulled out of  levees just a few years after a massive disaster like Hurricane Katrina blanketed cable news stations and headlines across the country.

There ‘s an old adage that says insanity is continuing to do the same things over and over again and expecting different results. Well, we can’t really afford the same results we got in 2005 when levees failed and over 1,800 lives were lost. It’s time to get serious about really fixing problems with our levees.

Interested in more news from Louisiana? We've got you covered! See More Louisiana News
Previous Article Want To Be A Reality TV Star? Here’s Your Chance…
Next Article ‘Who You Know’ Remains State Norm