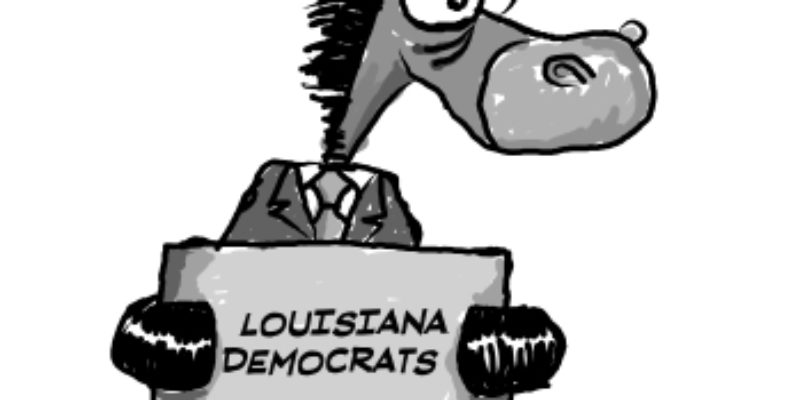 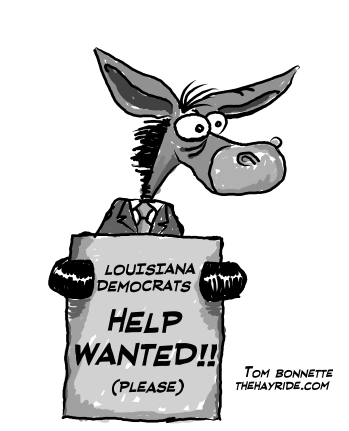 Jobs are hard to come by these days, but the Louisiana Democrat Party might have an opportunity for you –if you are willing to throw your hat in the ring for a committee post.

The party, which dominated Louisiana politics for more than a century, is having such a hard time finding candidates that Louisiana Party Chairman Buddy Leach has sent out an email message to party members in the state asking someone–anyone–to run for office.

Here is an excerpt:

“I’m encouraging and asking Louisiana Democrats to join their state party in its rebuilding effort by getting involved. And a great way to get involved in the Louisiana Democratic Party is by running for State Central Committee or Parish Executive Committee.”

Since I have worked as an editorial cartoonist in the past, I thought that I would use my first foray in cartooning for The Hayride to get the party’s message out.

For interested applicants, qualifying  starts Dec. 7  for the March 24, 2012 election.

The party really needs help. It’s in lots of trouble, with the number of Democrats in the state Legislature who have jumped ship and joined the Republican Party since Barack Obama’s election.

In Washington, Rep. Cedric Richmond of New Orleans and Sen. Mary Landrieu are only two Democratic members of the Louisiana Congressional Delegation. Their cafeteria table must look pretty lonesome.

So don’t worry about Democrats continued effort to muck up the economy even more than they have –run for the party. The call has been put out and opportunity is knocking.

Maybe they should first find someone to work on their website, which hasn’t really been updated since September.

Interested in more news from Louisiana? We've got you covered! See More Louisiana News
Previous Article Roemer will officially seek ‘Americans Elect’ nomination
Next Article John White All But Official As Next Superintendent Of Education