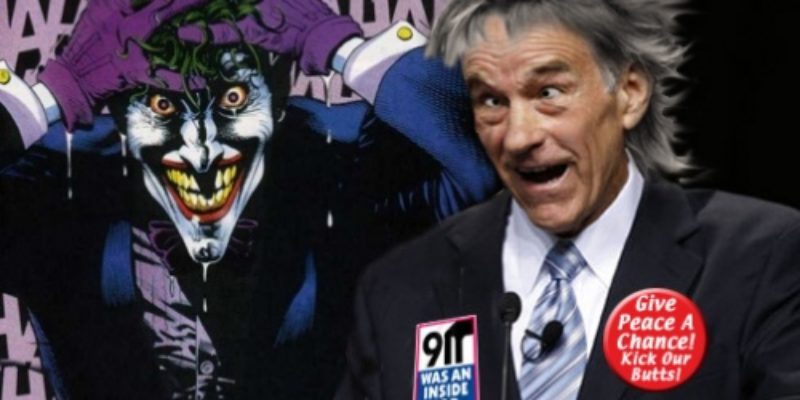 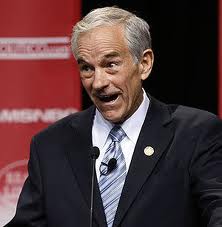 Ron Paul has recently moved into second place, behind Newt Gingrich, in the GOP race in Iowa, a measured by a new poll from The Des Moines Register. The poll has Paul with 18 percent support from likely caucus-goers, ahead of the candidate most pundits believe with ultimately end up the GOP nominee–Mitt Romney, who is at 16 percent.

While this poll might surprise some, it doesn’t surprise me.

Paul has the most loyal supporters of any Republican who, like their candidate, has been rock-solid on what they believe.

Add Paul’s steadfast supporters to those that have peeled way from others– with the implosion of candidates like Herman Cain and Rick Perry –and Paul’s numbers make sense.

First, let me say that I like Ron Paul. I read his book, Liberty Defined: 50 Essential Issues That Affect Our Freedom, and agree with him on about 90 percent of the issues. I also appreciate Paul’s honesty and that he hasn’t vacillated on issues like almost every other Republican candidate, including Gingrich.

I split ways on him on foreign policy, although I feel he has some valid points on how we are overtaxing our military which was never meant to play the part of world policeman. Hayride proprietor Scott McKay has already dealt with problems of Paul’s foreign policy stance . My thinking is pretty much in line with that Scott wrote,  so there is no reason to rehash the argument here.

There are some real problems with Gingrich and Paul had laid them out in this campaign ad.

All this being said, there are some real problems with Paul beyond foreign policy or any of his other position—his electability.  As superficial as it might sound, the ability of Paul to get elected is paramount if we don’t want to face another four years of Obama.

For months, polls have appeared that put Paul neck-and-neck in a hypothetical match-up with Obama. Paul has consistently done better than Gingrich as measured against Obama, until polls following the former Speaker of the House pole-vault to the front of the Republican field.  A recent Rasmussen Reports national telephone survey of likely voters has Gingrich attracting 45 percent of the vote while Obama earns support from 43 percent.

The Main-Stream-Media is, of course, going to end up ripping to shreds whomever the Republicans choose as a standard-bearer, but Paul will suffer more than any other should he become the Republican nominee.

As this video from the Jon Stewart Show correctly depicts, media–even media like Fox News that’s usually friendly to Republicans– has always treated Ron Paul like the “crazy uncle.”

The point of the video is that Paul will never be given his due and if he were chosen to face Obama the narrative would be “How in the world did this nut get loose from the crazy house?”  That would be Paul’s biggest obstacle and, unfortunately one that would give Obama a second term.

The media would harp on Paul’s most outlandish comments, and there have been many over the years, as well as point out that a member of the House of Representatives hasn’t been elected to the presidency since James Garfield and that was in 1880 and somebody shot him. 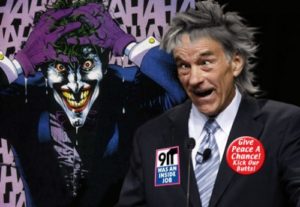 While Ron Paul might be the closest thing that we have to a Founding Father running for president, I don’t think that a single Founding Father could get elected president these days. Progressivism has spent the last 100 years tearing down the educational foundation that is the underpinning of limited, constitutional government. It’s going to take a lot of educating about our founding principles and a lot of pulling away from the public teats, before anyone like Ron Paul will be able to get elected nationally.

That might be a harsh reality, but one Paul supporters are going to have to accept if they want to cross the bridge from ideology to the real world. Even though he will never be president, I appreciate the way Paul has pushed the debate toward the more libertarian wing of the Republican Party and I hope he will stay in the race as long as he can without becoming a drag on the whomever will end up as the Republican nominee.