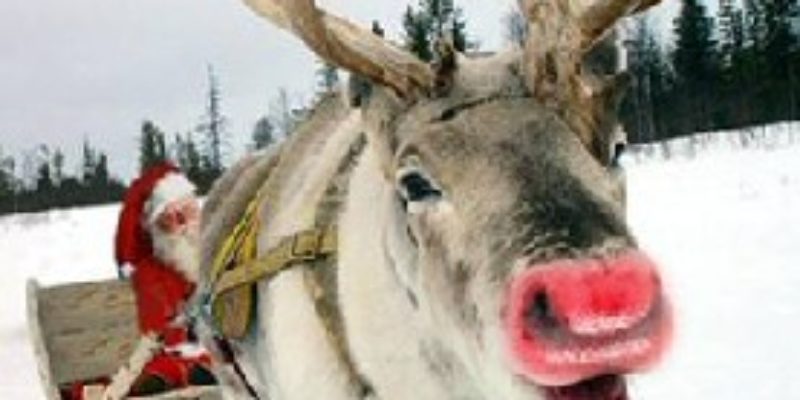 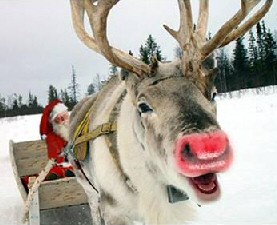 If there could possibly be anything that turns your stomach on Jan 2 more than hearing one more Christmas tune, it has to be listening to Republicans beating up on each other in the primary season.

With that in mind, I was sent a ditty today that was crafted by a man from Jennings named Pat Jack.

It’s a song about Ron Paul done to the tune of  “Rudolph The Red-Nosed Reindeer.” And just when you thought all the Holiday fun was over.

It’s sure to become an instant classic…or maybe not.  Here is a link to the MP3.

Nothing against Mr. Jack. I’m sure he’s a nice person, but I just would just be sure to look into my stocking next year before sticking my hand in if I were he. I’m not sure how Santa, and especially Rudolph, feels about things like this.

These are the lyrics. I’m not asking you to sing along; only please don’t hunt me down and kill me for posting this:

(Intro) You know Gingrich and Perry, Santorum and Huntsman Gary and Bachmann, Blitz Wolfman and Hermannn …But do you recall? The most famous of them allllll … ?

Ron Paul the nom-i-nee-ee,
Father of the tea party.
Started a revolution,
Based upon our liberty.
All of the other hopefuls,
Used to laugh and call him names.
They never gave dear Ron Paul
Equal time in Fox debates.

Then the downgrades came one day,
Voters came to say,
Ron Paul with your light so bright,
Won’t you hear our call and fight?
Then how the party loved him,
As they shouted out with glee,
‘Ron Paul the nom-i-nee-ee,Restore America for meeeee!’

Ron Paul’s inauguration,
Rang the bell of liberty.
And when the people heard it,
We knew that it would set the U.S. free.

All of the corporations,
Used to laugh and call him names,
They couldn’t bribe dear Ron Paul,
The paradigm had finally changed.

On that bright and wondrous day,
President Paul, he came to say,
‘This oath I take will serve to make,The restoration of the U.S.A.’
Then all the people rallied,Singing songs of liberty.

If you would like to give Mr. Jack support with this musical masterpiece, please do so on the Facebook page he has created for that purpose.

As for me, I’m working on a Christmas tune titled “Here Comes Santorum” by ripping off “Here Comes Santa Clause” I doubt It will get much play before Santorum sinks back to the bottom of the polls, so I’m not really gonna spend that much time on it.

Interested in more national news? We've got you covered! See More National News
Previous Article Dear Iowa: A Vote For Rick Santorum Is A Vote For Mitt Romney
Next Article Iran Warns U.S. Carrier To Stay Out Of Persian Gulf