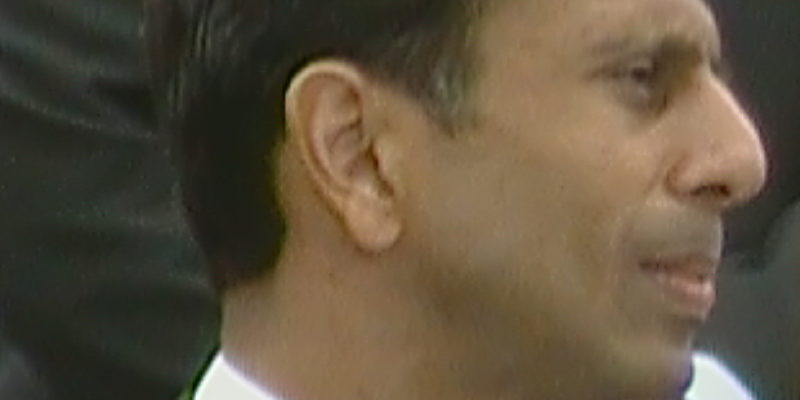 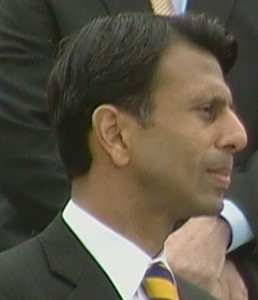 Gov. Bobby Jindal and other officials were sworn into office yesterday beneath an overcast sky on the grounds of the Old Capitol Building in Baton Rouge.

The day’s events were conducted without a hitch and included all the fanfare you would expect, as well as multiple shout-outs from officials to the LSU Tigers on the day the team faced Alabama in the BCS national championship.

Too bad that things didn’t go as smoothly for the Tigers. There were many wishes for a New Orleans Saints Super Bowl victory expressed too and we, at least, still have a shot there.

The ceremony featured a cannon salute and an F-15 flyover by the Louisiana National Guard.  Mickey Mangun of the Pentecostals of Alexandria delivered the National Anthem and Deacon John sang “God Bless America” at the event. Purple Heart recipient U.S. Army Staff Sgt. Phillip Weller lead the Pledge of Allegiance

Jindal was introduced by Gov. Mike Foster, the man who launched him into public life by appointing him as Secretary of the Louisiana Department of Health and Hospitals back in 1996, when Jindal was 24 years-old.

The governor was then was sworn in by Chief Justice of the Louisiana Supreme Court Catherine “Kitty” Kimball and gave a speech that focused on education reform, an issue on the forefront of the agenda in his second term as he works to get John White confirmed as the head of the state education board:

I will be posting some more speeches a little but later, including talks from Jindal and Sen. John Alario from the Legislative Luncheon following the inauguration.

Interested in more national news? We've got you covered! See More National News
Previous Article Meet The Emperor
Next Article A Country Of Laws And Not Men