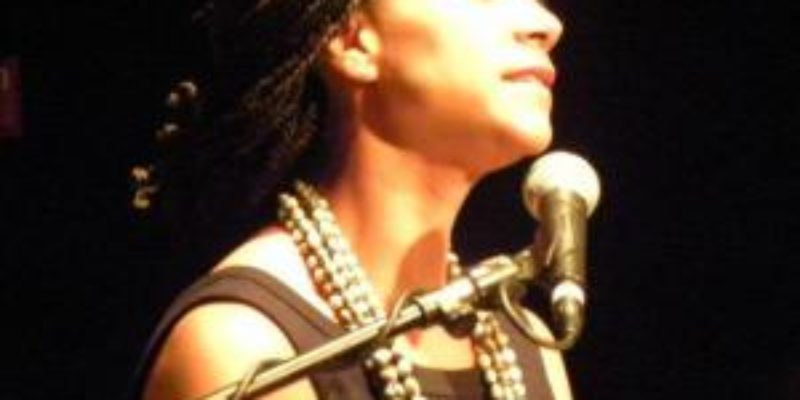 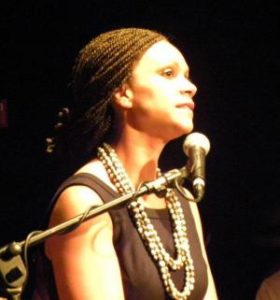 Harris-Perry, no relation to Rick Perry in any way whatsoever, has been featured in the past on MSNBC as a guest host on shows like Al Sharpton’s “Politics Nation” and “The Rachel Maddow Show.”

She has also been frequently called upon anytime the network needs an unbiased opinion on why conservatives are all a bunch of racist pigs.

If you are not particularly familiar with her, you should read this post by Hayride proprietor Scott McKay in which he explains who she is and her early forays on the national stage, in which she stoked fires of racism concerning the federal government’s Hurricane Katrina response and the Duke Lacrosse case.

I always enjoy the logic in the MSNBC hosts’ arguments, in which they always seem to point out that a miniscule percentage of the population ever commits vote fraud and these laws aren’t needed. Using that rationale, I have decided to remove the front door from my house. Really, what percentage of people actually break into homes?

This is the kind of analysis that we need more of on MSNBC. After all, Al Sharpton can’t be expected to alone carry the message of inherent racism percolating through every pore of our society.

I know that rest of  the MSNBC hosts do their best to point it out, but, c’mon, they are all white. What do they know about racism? White people can’t be expected to understand racism. I know that I can’t even begin to comprehend it, especially since I have never had to privilege of sitting through one of Harris-Perry’s classes at Tulane.

The professor has even been critical of people like Rep. Maxine Waters for not standing in “black solidarity” with President Barack Obama when the congresswoman pointed out that the president’s policies haven’t really done anything to help the plight of black people in this country. Apparently, it’s more important to support a leftist president who is black than to speak the truth.

It all seems really complicated, but I’m trying to get a handle on it. I always try to better myself, with the understanding that, as a white man, I can only get so good.

Through careful study, I have put together a primer to help other white folks gain at least rudimentary knowledge of how racism works.

It’s a little visual aid called, “Spot the Racists”. Play along fellow whiteys. It will be fun and informative.

It gets kind of harder as we go along, but that’s the point. Here we go: 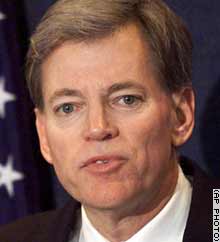 Okay, this one should be a given. If you guessed that former Knights of the Ku Klux Klan Grand Wizard David Duke is a racist, you are correct.

Besides parading around LSU in a white hood as a young man, Duke is a former Republican Louisiana State Representative and has run as a Republican for president, Congress and governor.

It’s pretty much all the same thing. Definite racist. 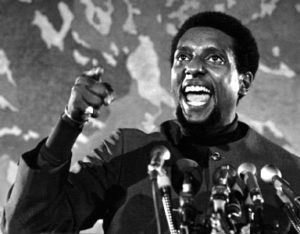 If you thought that Stokley Carmichael, an early leader of the Black Panther Party, should be put in the racist category, you have a lot of learning ahead of you.

The first clues should that Carmichael is black and was never a Republican, exempting him right off the start from being a racist.

While not all blacks are racists, all whites are—that’s a given.

Even whites who sympathize with black progressives like Carmichael are racist, as he once explained.

“Whites who come into the black community with ideas of change seem to want to absolve the power structure of its responsibility for what it is doing, and say that change can only come through black unity, which is the worst kind of paternalism,” he said. “If we are to proceed toward true liberation, we must cut ourselves off from white people….. [otherwise] we will find ourselves entwined in the tentacles of the white power complex that controls this country.”

If you are still having trouble with all of this, read Carmichael’s word over again before proceeding: 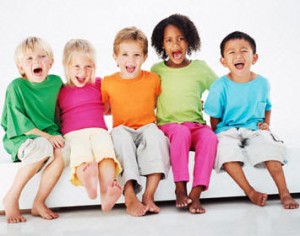 Here we have a group of children and, by now, this should be getting a little easier for you.

You should be able to identify right away that the three kids on the left are racists. The black girl is most probably not, unless she grows up to be a Republican.

The other kid in the picture appears to be Asian, but I’m not really sure.

I’m, white and all non-white people look alike to me. I can’t help myself, It’s really not my fault. I remember hearing that Asians don’t like black people either, but I can’t be sure. The kid IS sitting on the far right, so that might be telling. I might have to get a black friend of mine to further explain this to me.

I do have black friends, which doesn’t mean I’m not a racists. It just means that I’m better at hiding it than some other white people are. 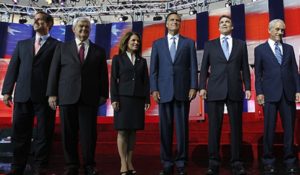 I decided to give you another easy one.

These people are all white—racist—-and Republican presidential candidates conspiring to take Obama’s job because he is black. It doesn’t get worse than this, unless… 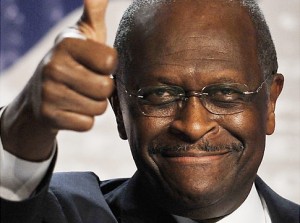 This, as we have already learned, is a loathsome human being and a racist.

Herman Cain is a black Republican– bad enough–but he also had the audacity to run for president against Obama. It’s a good thing that he was put back in his place.

Warning: If you look too long at this picture you might be in danger of turning completely evil through transcendental osmosis.

And If you don’t know that answer to this last one, there is NO hope for you, white-bread: 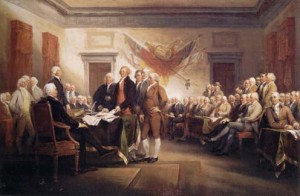