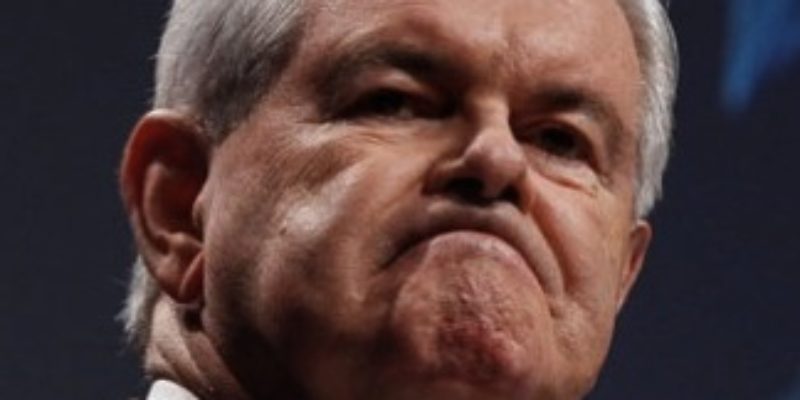 The problem with the Republican field is that it is flush with people whom conservatives suspect are talking a good game now but will act like Democrats once they get into office.

We have Romney–whose signature accomplishment as governor of Massachusetts was to create a socialized medical system that served as model for Obamacare. We Have Gingrich– who apparently spent the last few years sitting on a couch in front of the Capitol Building chatting about global warming with Nancy Pelosi when he wasn’t advising Freddie Mac. Santorum voted for George W. Bush’s No Child Left Behind and Medicare Prescription Drug Improvement and Modernization Act. Perry is soft on illegal immigration. Paul wants to gift-wrap a nuke for Iran. Huntsman–no comments needed.

The elephant in the room is the nagging question is that are these the best elephants could come up with just two years after the tea party victories in the Congressional mid-term elections? Conservative fears that we will be stuck with a pseudo-conservative for president in a best-case scenario or a be stuck with a second Obama term in a worse-case scenario are exacerbated by attacks on Romney over his time spent at Bain Capital.

We expect this kind of thing from Democrats, but Gingrich and Perry bashing Romney for doing what venture capitalists do while using phrases like “vulture capitalism” is disgusting.  Who are these attacks supposed to appeal to–the Occupy Wall Street contingent of the Republican Party?

Seeing Republican candidates act like Democrats before they are even elected to office is harmful and helps create a narrative that the Democrats will be all too happy to carry into November if Romney wins the nomination.  I mean, come on guys, at least wait until you are elected to act like Democrats. Don’t you know that’s the way it’s supposed to be done?

This new ad from the Gingrich camp that looks as if were pulled from a DNC focus group could serve as case-study of what’s going wrong in the GOP primary contests:

This says much more about Gingrich’s desperation to regain some kind of traction in the race than it does about Romney. There are legitimate things to attack Romney on, so why resort to taking cheap shots that use out-of-context sound bites, like Obama would do?

The ad starts off by using Romney’s ‘fire people’ remark, I guess to paint him as a fat-cat CEO who reveals in destroying lives of underlings for sport. In truth, Romney was talking about the ability to get rid of bad insurance providers rather than be forcing people into coverage under a federal mandate. There is a recent ad from Democrats that uses the Romney sound bite in the same context.

I can’t help but thinking that it’s a good thing that the man vying for the Executive Office against Obama would fire people? The more the better.

And what’s the point by putting in clips of Romney defending corporations by pointing that they are made up of people as if it were a negative? Attacking Romney for having illegal immigrants subcontracted to do work for him is another cheap shot. 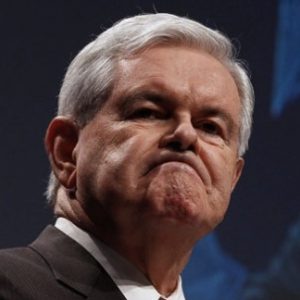 The ad, of course, is supposed to play to Gingrich’s strength as a debater by creating the notion that he is the only one that can beat Obama in a debate. That’s just not true.

While Gingrich is able to jerk Washington policy from the recesses of his king-sized cranium quicker than any other candidate, Romney isn’t the befuddled dunce that the ad makes him out to be. Overall, I think he has performed well during debates, despite gaffs like the $10,000 bet to Perry.

Attacks like this don’t play to Gingrich’s strength, but instead expose his great weakness of poor judgment– like cozying up to Pelosi on that couch–that leaves conservatives scratching their heads and diminishes him as candidate. No, Romney’s Super PAC ads in Iowa against Gingrich weren’t all fair, but they weren’t at as patently false as this and didn’t sound as if they produced by Michael Moore?