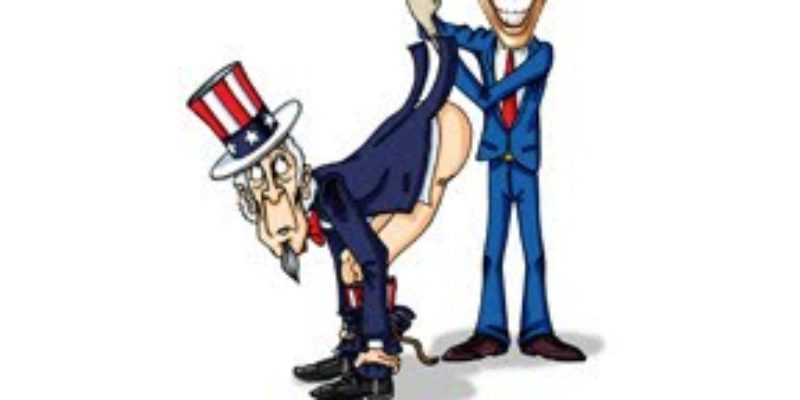 Last week, the Louisiana Budget Project (LBP) put out a paper touting Medicaid as a job-creating engine that works to benefit the state economy while providing critical care for lower-income people. Since the implementation of  Obamacare will bring more federal Medicaid matching money into Louisiana and expand heathcare coverage, it’s bound to be a win-win for the state, according to the LBP:

Medicaid’s economic impact will only grow once the new federal health-reform law takes full effect in 2014. Adults without children will be able to get care through Medicaid for the first time, and parents will be covered at higher income levels than before. More than half a million Louisianans who today have no health insurance may gain coverage, the majority through Medicaid. Most of this expansion will be financed with federal dollars. For the first three years, they will cover 100 percent of the cost for newly eligible Medicaid patients, with the state beginning to chip in after that. Even when the law is fully implemented, the federal government will still pay 90 percent of the cost of the expansion. By 2020, the federal government is projected to spend $9 in Louisiana on the Medicaid expansion for every $1 in state spending.

The paper correctly points out that Medicaid is a $6.6 billion-per-year enterprise in Louisiana that pays for about a fifth of healthcare cost:

In addition to providing needed health care, that money helps pay the salaries of doctors, nurses, pharmacists, nurse’s aides, lab technicians and administrators. They, in turn, spend it on food, clothing, transportation and an array of other products and services, generating a spinoff effect that helps create and maintain jobs throughout the state. Health care is the state’s largest single source of jobs, employing nearly 286,000 Louisianans in 2010, and Medicaid is a big part of that, supporting an estimated 57,000 health care jobs in Louisiana.

The LBP cautions against the Louisiana Legislation enacting more healthcare cuts and charges the Louisiana Congressional Delegation to work to keep the federal money spigot wide-open so Medicaid is properly funded in Louisiana.

With all the good things the coming Medicaid expansion of Obamacare promises, could anyone have anything bad to say about the LBP report? The answer is “yes” and one person publicly dissing the report is Louisiana Department of Health and Hospitals Secretary Bruce Greenstein.

“The liberal Louisiana Budget Project is simply making the same tired case for raising taxes and maintaining the status quo that has gotten us 49th in health outcomes,” Greenstein said.

“The reality is that we have seen growth in the health-care sector across the state, including significant capital investments, even as we have taken steps to rein in the uncontrolled growth we had been seeing in the Medicaid program,” he added.

These comments and others from Greensteins ignited off something of a war-of-words with LBP Executive Director Jan Moller, who admonished Greenstein for resorting to name-calling when he pointed out the LBP is a left-wing group—which it is.

So what exactly is Greenstein’s problem? Maybe it’s the fact that he knows what’s coming with the Medicaid expansion Obamacare threatens to bring to the state – and it’s not good. 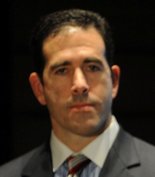 Here is the truth that Greenstein knows that can be read between the lines of the LBP report. Obamacare will work by making persons in all households with incomes below 133 percent of the Federal Poverty Line automatically eligible for Medicaid coverage. In Louisiana, that means that about half of the state’s population will be eligible for Medicaid and almost all of those eligible will eventually use the program once HMO’s and other private medical insurance are dropped in favor of socialized medical care.

Obamacare will go into effect in 2014 and is expected to cost Louisiana over $7 billion in the first 10 years, by conservative estimates.

The federal government, which is already broke, is expected to cover the cost newly eligible Medicaid recipients from 2014 to 2016.

Federal money already pays for 90 percent of services in many of Louisiana’s rural communities and that number will jump to around 100 percent after Obamacare, according to some people in the healthcare industry I have spoken with. The federal government will end up paying about the same percentage of healthcare cost it does now–starting in 2020–but the amount of people getting their healthcare through the government will have ballooned at such a scale that Louisiana simply won’t be able to cover the cost without massive cuts to healthcare and other things.

This would mean that some community and charity hospitals in the state would end up on the chopping block –not so good for the economy, especially in Louisiana’s poorer parishes. The “salaries of doctors, nurses, pharmacists, nurse’s aides, lab technicians and administrators” won’t be spent “on food, clothing, transportation and an array of other products and services, generating a spinoff effect that helps create and maintain jobs throughout the state,”  because these people wouldn’t have their jobs.

The scaling back of medical services to the low-income people who depend on them the most in Louisiana would also be a necessary outcome of Obamacare.

I know people, and possibly so do you, who depend on government healthcare to such an extent that cutbacks would mean a sharp decline in their quality of life in a best-case scenario. It could mean a death sentence in a worse-case scenario. That’s how things go, when people are backed into a corner in which the government literally holds their lives in its hands. This will happen to a lot of people under Obamacare.

Louisiana is already trying to brace itself by rolling out a Coordinated Care Network (CCN) system. The program is initially being implemented in the parishes of Orleans, Jefferson, St. Bernard, Plaquemines, Livingston, St. Helena, St. Tammany, Tangipahoa and Washington with plans to go statewide by June.

Medicaid recipients have been sent out letters giving them the choice to have their healthcare managed by one of five health insurance companies – Amerigroup Real Solutions, Community Health Solutions of Louisiana, LaCare Louisiana, Louisiana Healthcare Connections and United Healthcare.

It’s not going so well, as only about 12 percent of eligible Medicaid recipients in southeast Louisiana have enrolled so far.

Here is how inane this program is: Two thirds of the states Medicaid recipients–the ones considered to be the most healthy– will go into the CCN, which will oversee $2.2 billion in Medicaid spending. Those people only account for 30 percent of overall spending in Medicaid.  The idea is that these companies will save the state by taking those that fall into the bottom 30 percent spending category and incentivize them to live healthier lives by offering them things like coupons for Weight Watchers meetings and discounts on hypoallergenic bedding.

This is the best option state-officials have been able to come up with, but you can’t really blame people like Greenstein for problems inherent with the rotten cards that have been dealt with the passing of Obamacare. This is something they are managing the best they can, as they look at what’s coming down the pike. It’s easy to understand why the DHH secretary would have a few choice words for a LBP report that paints the coming Medicaid expansion as a good thing for Louisiana.

It’s a disaster in the making and you can bet that Greenstein is keeping his fingers crossed in hopes the U.S. Supreme Court nixes Obamacare or that another president will be elected this year who will work to pull the plug on the new law. We all should be wishing for the same thing, for the sake of healthcare in our state–one of many suing the federal government over Obamacare–as well as for the rest of the nation.