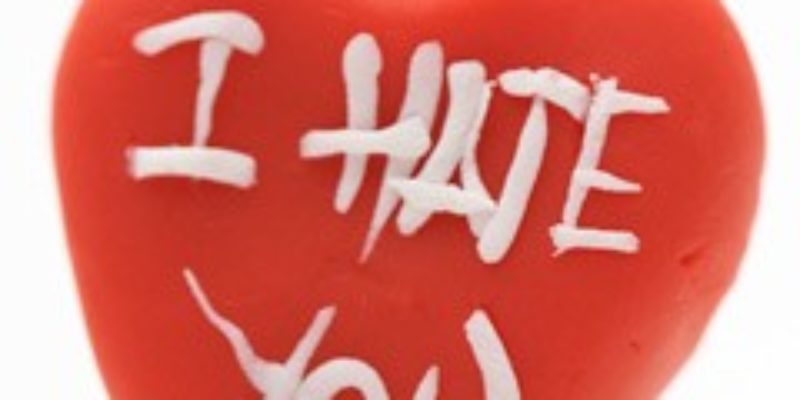 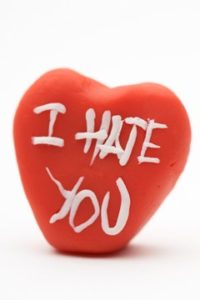 In honor of Valentines Day it’s only right to give a shout out to Media Matters for America, which was just looking for somebody to hate when it gazed longingly with private eyes into the lives of Fox News staff and contributors.

The sordid tale comes from an investigation into the tax-exempt propaganda arm of the Obama Administration that cloaks itself as a media watchdog nonprofit organization that was done by Tucker Carlson’s The Daily Caller.

Desperate to find an object of enmity, Media Matters contributor Karl Frisch sent out an email in 2009 to founder David Brock andone to president Eric Burns.

In the leaked missives, Frisch lamented the absence of a conservative leader to cause progressive to rally under the banner of malice.

Fox News Channel was a candidate worthy of the left’s rampant hate, he suggested.

“…the progressive movement is in need of an enemy. George W. Bush is gone. We really don’t have John McCain to kick around any more. Filling the lack of leadership on the right, Fox News has emerged as the central enemy and antagonist of the Obama administration, our Congressional majorities and the progressive movement as a whole.”

Frisch wanted “a well funded, presidential-style campaign to discredit and embarrass the network, making it illegitimate in the eyes of news consumers,” assault on Fox News. He got one, of course.

Hate seems to run deep in those who support a party that supposes to stand as the beacon of benevolence and tolerance on the American political landscape.

It wasn’t enough to just work to discredit Fox News reporting, they wanted to dig up some real dirt on people at the network.

Frisch went on to suggest that Media Matters contract with major law firms to take legal action against Fox News—if the right firm tried hard enough it could come up with something.

Other tactics included  “detailed opposition research” of Fox News personalities, attacks against employees on Facebook and other social media, mailing anti-Fox News literature to their homes, placing “yard signs and outdoor advertising in their neighborhoods,” and putting a mole in the network.

It’s understandable why the left hates Fox News as much as they do. Fox News consistently trumps ratings of networks whose content is guided by leftist outfits like Media Matters.

Insiders boast that Media Matters supplies material for virtually all of the Main-Stream-Media—no real surprise there.

“We were pretty much writing their prime time,” an ex-employee said in reference to MSNBC.

And if anyone is thinking that Media Matters is simply an independent entity that works to blunt Fox News, think again.

Brock is building a new super PAC —you know, those things that Obama hates–for the president’s re-election campaign.

According to The Daily Caller, Media Matters works closely with the White House to discredit Fox News and other conservative media.

According to Roll Call,  “the PAC raised $3.7 million from fewer than 50 individual donors and unions last year. Its sister nonprofit group, American Bridge 21st Century Foundation, raised an additional $2.7 million last year, and gave $223,000 of that money, which is not required to be reported, to the super PAC.”

Brock earns a $250,000 annual salary from Media Matters and the group is spending $20 million this year to influence positive news coverage of Obama and progressive lawmakers in Congress.

I can attest that all this money to foster hate for Fox News has succeeded on some level. I have worked in news rooms in which reporters have a seething hate for the network and the material they used to discredit it came straight from Media Matters.

I know where it came from because I used to get similar emails and would read them occasionally to see what Media Matters was ranting about. Most of the time they went straight in the trash.

Brock, at least, doesn’t feel that his hate of conservative media is unrequited.

The progressive propagandist went so far as to hire body guards to protect him from imagined right-wing assassins that he believes are gunning for him. He even instructed his executive assistant to violate handguns laws and pack to protect him during public outings, proving he is a hypocrite as well as a nut-job.

While Media Matters hate of Fox News comes straight out of their black hearts, there are some who doubt that it is helping the president.

Alan Dershowitz, leftist Harvard professor and political commentator, has warned Democrats that their alliance with Media Matters could cost Obama the election.

Dershowitz, a defender of Israel, recently said so while speaking out against a push at the University of Pennsylvania  to boycott, divest and sanction Israel over the long-running Palestinian boarder conflict.

The professor’s remarks caused Max Blumental, whom used to work for Media Matters, to pen an op-ed for the university newspaper denouncing  Dershowitz  as “an open advocate of torture” whom might be responsible for violence against Israel’s critics.

Media Matters senior fellow MJ Rosenberg likes to describe Americans that sympathize with the Jewish State’s plight to protect itself from the hordes of Islamist extremist that surround it as “Israel firster.”

Haters of a feather flock together. With this in mind, I dedicate this little ditty from the United Nations Choir to Media Matters.  The UN, like them, just needs somebody to hate to keep in business: