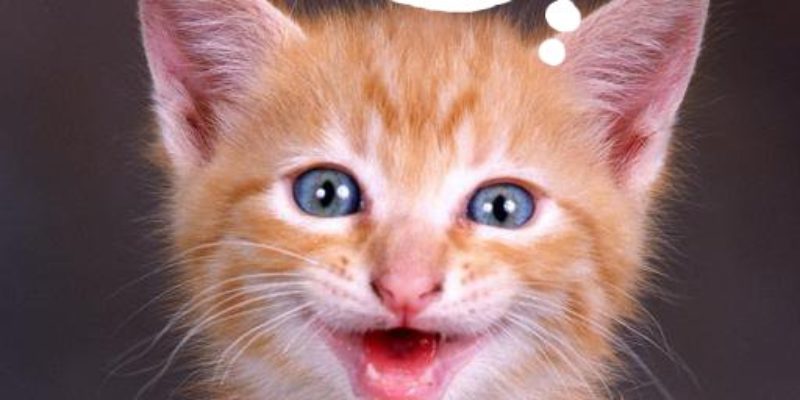 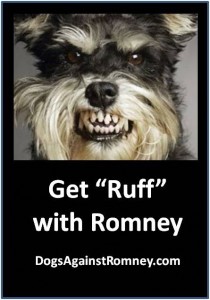 Now canines are demonstrating against the former Massachusetts governor outside of Madison Square Garden, where the Westminster dog show is taking place.

To my knowledge, this is the first time that dogs have ever involved themselves in a presidential election.

This is a very weird election cycle, so anything can happen, I guess.

It isn’t really known how Romney stands on the spayed-neutered issue–which would be my first question if I were a politically active pooch.

It seems that these hounds have united in protest over one issue—Romney admittedly taking a family vacation in 1983 with the dog strapped to the roof-rack of his car.

The dog—an Irish setter named Seamus—loved riding on the top vehicle for the for a 12-hour drive from Boston to Canada, Romney has said in his defense.

Seamus has passed away, so we won’t be treated to an ABC News interview to get the whole truth. Rather convenient for Romney, I think.

Dogs aren’t buying Romney’s story for one minute and carried signs–or rather had signs carried for them by humans—reading “Mitt is Mean” and “Dogs Aren’t Luggage” and “I Ride Inside.”

It appears that Newt Gingrich isn’t the only one with a questionable past that’s come back to haunt him, ay Mitt?

There is even a website for the “Dogs Against Romney” movement that purportedly has 25,000 members. Rumors are that the group is secretly being funded by a Hungarian Sheepdog named Commodore that’s owned by George Soros.

Here is a video about the pooch protest:

It isn’t clear how many members of Dogs Against Romney are dogs and how many are human, but that doesn’t really matter.

Since dogs don’t vote—although I suspect there are a few that turn up on Democratic voter rolls with all the dead people and Disney characters—it might not seem like the Westminster protest is such a big deal.

It is a big deal.

Millions of Americans are loving dog owners that could be influenced by pooches coming out in opposition of a candidate whose compassion for canines is as questionable as his conservative credentials.

It isn’t all bad news for Romney, however.

Millions of Americans also own cats and his support among felines continues to skyrocket as the Seamus incident becomes more publicized. 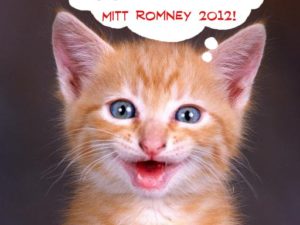