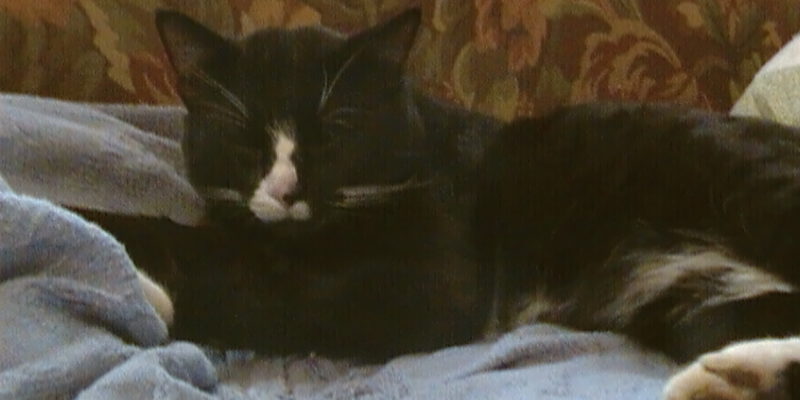 A federal judge heard arguments in California (where else?) yesterday in a lawsuit brought by People for the Ethical Treatment if Animals (PETA), which is suing to end “animal slavery” by extending the Constitution’s 13th amendment slavery prohibition to include critters.

The lawsuit brought in San Diego targets SeaWorld and the plaintiffs are five orcas (killer whales) that PETA lawyers say are being force to live in tanks and perform tricks for “massa.”

It’s not certain whether the whales called PETA first or if it was the other way-around. Since cell phones don’t work very well underwater and oppressed animals usually aren’t given telephone privileges, it’s a safe bet that PETA made the first move.

They should be applauded for their efforts. For too long now, animals have suffered in bondage by cruel master that force them to chase balls, play with yarn and do generally whatever slave owners’ tyrannical minds can conceive.

This is how bad it can get—shocking: 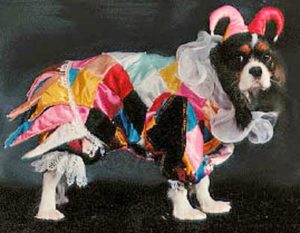 While PETA’s effort to end animal slavery is opening my eyes, I must confess that I am as guilty as anyone of animal exploitation. As a slaveholder of a cat, I can attest to what these animals go through.

Being kept in bondage has sunk Lafitte– my feline –to such debts of depression that he sleeps on the couch all day, which he occasionally shreds in protest.

Just look at the abject misery in this picture I took this morning: 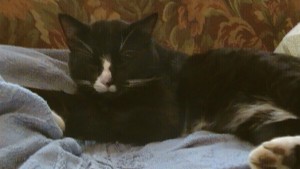 He wouldn’t even eat the tuna I set out for him, so I fear he has started a hunger strike.

Doing a little research on enslaved animals, I discovered that there is a movement dedicated to emancipation called “The Campaign for Abolition of Animal Slavery.”

The website, which includes heart-wrenching music from the animal liberation movement opens with this quote from Gandhi:

When I despair, I remember that all through history the ways of truth and love have always won. There have been tyrants and murderers and for a time they can seem invincible, but in the end they always fall. Think of it … ALWAYS – Mahatma Gandi

The movement equates enslavement of non-humans to past sins of human trafficking of blacks in the U.S., as well as the plight other oppressed people around the world that still suffer under slavery, with a message from PETA.

Africans captured and forced into slavery were often compared to animals in an effort to justify their treatment. They were called “brutes” and “beasts”. Their lives were considered expendable, and many died at the hands of their oppressors. The same oppressive mentality behind those actions leads to the slaughter of animals today.”

I would post more stuff from the website, such as quotes from people like Abraham Lincoln, but having to listen to the music embedded is something akin to slavery in itself.

I don’t think that the music they have chosen really relates the plight of enslaved animals, so I created a video this morning that speaks more to the animal liberation movement:

In support of PETA striking out against the injustice of animal slavery, I have decided to emancipate Lafitte tonight. I hope I can. I try to liberate him every night when he lingers at my front door with sorrowful meows.

He always come back in the morning, clearly a victim of  Stockholm Syndrome. Sad indeed.