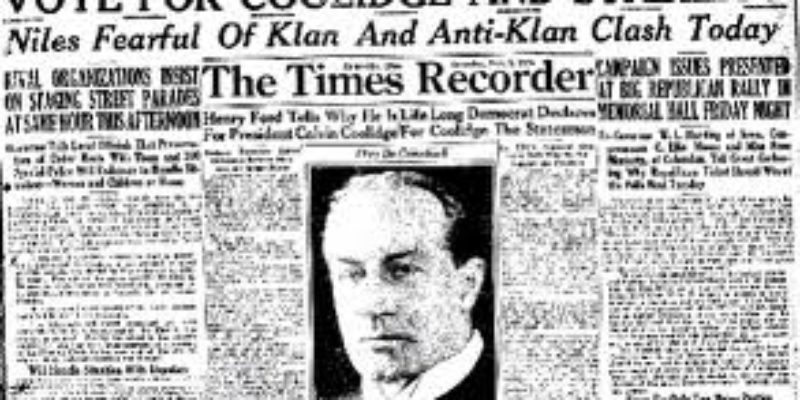 These days, political party national conventions are stale formalities where candidates and other luminaries speechify and no real decisions are made other than who will be allowed to take and podium and when.

It wasn’t always that way.

There was a time when delegates hashed out who would be the party standard bearer in smoke-filled rooms by heated horsetrading, sometimes to emerge with a candidate after more than 100 rounds of ballots were taken.

Some of these brokered conventions produced “dark horses” candidates who made it all the way to the presidency. Examples are James K. Polk, Franklin Pierce, Rutherford B. Hayes and James Garfield—all 19th Century dark horses compromise candidates that weren’t nominated until after multiple votes were cast during conventions.

Brokered conventions used to be the way candidates were chosen, from the time of the first Democratic National Convention in 1832 all the way until 1952–the last real brokered convention that either major political party had.

A brokered convention happens when no candidates have enough delegates —usually a majority of delegates—by the time the national convention rolls around to get the nomination. There is unlikely to be one in this year’s Republican primary race for a few reasons, but the volatility of the race has a lot of people taking about a brokered convention.

Here is how things stand now in the delegate count with the four remaining candidates in the race: Romney-94, Rick Santorum-71, Newt Gingrich-29, Ron Paul-8. Candidates need 1,144 delegates for the nomination.

Things, of course, aren’t the way they were in the 19th Century when brokered conventions were the way to go.

The primary system we have makes it pretty clear the people delegates will be voting for at the Republican National Convention in Tampa on Aug. 27.

Still, party rule changes this year that allow delegates to be dolled out proportionally instead of “winner-take-all,” for states that hold primaries and caucuses before April 1, has raised speculation.

Nobody really bucks the system these days, but picking a nominee at a brokered convention is theoretically possible and anything could happen.

With this in mind, I thought it would be fun to examine the brokered conventions of the last 100 years, when they still occasionally were used to pick presidential candidates.

Republican Warren Harding, a senator from Ohio that was running a lack-luster campaign for the presidency, went to the 1920 Republican National Convention with almost no money and very little support.

He had only won 39 delegates to front-runner Leonard Wood’s 124. Wood was a U.S. Army general who served as Chief of Staff in the Taft Administration, but had never been elected to political office. Many in the Republican Party saw him as too politically inexperienced to be elected president.

The term “smoke filled room” supposedly comes from the deal that was hashed out among Republican Party bosses in a back room at the Chicago convention before Harding was chosen on the tenth ballot.

Harding won the presidency against Gov. James M. Cox, also from Ohio. Running at the bottom of the Democratic presidential ticket was Franklin Delano Roosevelt. Harding’s win was a referendum on the progressive era of Woodrow Wilson with the promise of a return to “laissez faire” economics that brought on the Roaring 20s. 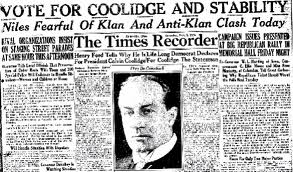 The 1924 Democratic National Convention, known as the “Klanbake” was the most contentious of the 20th Century–even topping the upheaval of the Democrat’s 1968 convention.

The convention, which ran from June 24 to July 9 at Madison Square Garden in New York City, stands as the longest running national convention in U.S. history and took a record 101 rounds of balloting to produce a nominee.

The event is infamous for the Ku Klux Klan’s involvement. The Klan was trying to wrest control of the Democratic Party and clashed with anti-Klan delegates who supported New York Gov. Al Smith.

Smith was opposed by Klan delegates because he was a Roman Catholic and they wanted William Gibb McAdoo, a pro-Klan senator from California, to win the nomination. Things got so bad that at one point, that tens of thousands of hooded Klansmen rallied outside the convention building to burn crosses and effigies of Smith.

Former U.S. Representative John W. David of West Virginia eventually became chosen as the Democratic compromise nominee and went on to loose the presidency to Calvin Coolidge. It’s funny how Democrats can be members of a party with a history as dark as this and still point to Republicans as belonging to America’s racist party?

Few people realize that Franklin Delano Roosevelt became president as the result of a brokered convention, but it happened. In 1932, Roosevelt came to the national convention vying for the nomination against Al Smith and Speaker of the House John Gardner of Texas. Interestingly enough, Roosevelt used Huey Long at the convention to hold support of southern delegates.

Roosevelt didn’t worry much about Gardner, whom he didn’t see as a challenge, but both he and Smith were hoping to eventually get the speaker’s endorsement to tip the scales to their favor.

After three ballots, Roosevelt still didn’t have the two-third delegate count needed to win the nomination (party rules at the time) and called on his friend Joseph P. Kennedy Sr.—JKF’s daddy— to help him out.

Hurst was able to talk Gardner into dropping out of the race and to throw his support to Roosevelt. Roosevelt, of course, went on to create the New Deal, which prolonged the Great Depressions and served as the foundation for entitlement programs that have now nearly bankrupted our country. Damn, Kennedys have been causing trouble for a long time. 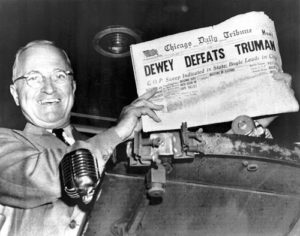 The next stop on the brokered convention tour is the 1948 Republican National Convention–the Republicans last convention in which the nominee wasn’t chosen on the first ballot.

That year, in which the Republicans held their convention in Philadelphia, the party was split between five candidates—New York Gov. Thomas E. Dewey, Minnesota Gov. Harold E. Stassen, Ohio Sen. Robert A. Taft, Michigan Sen. Arthur Vandenberg and California Gov. Earl Warren. This was the first televised convention, so things were already starting to change as candidates realized they could get more traction in front of camera than by sending surrogates into smoke-filled rooms.

It took three votes for Dewey to win the nomination and he is best remembered today for appearing on newspaper headlines that went to press with publishers thinking that he had defeated Harry S. Truman for the presidency. Truman squeaked by and since no one bothered to count hanging chads in those days he became our 33rd president.

That leads us up to 1952, the last brokered convention the country has seen and one of the most interesting. The Democrats held their convention in Chicago that year and were trying to decide between Sen. Estes Kefauver of Tennessee, Sen. Richard Russell of Georgia and Sen. Averell Harriman of New York.

Gov. Adlai Stevenson of Illinois had insisted that he would not be a presidential candidate, but gave such a rousing speech at the convention that delegates decided they wanted him to be the guy. His supporters rallied an effort to make him the nominee and Stevenson was chosen as the Democrats standard bearer in 1952.

While his fans were able to get him the nomination, he was thrashed by Dwight Eisenhower in the general election, whom became the first Republican president since 1928. Take note, Ron Paul supporters.

Since 1952, we have had some close-calls with brokered conventions–like the floor-fight between Ronald Reagan and Gerald Ford in 1976 and the one between Walter Mondale and Gary Hart in 1984—but we have never returned to smoked-filled rooms of yesteryear.

This had been a very weird primary season, so who knows?

I never would have guessed a week ago that the guy in the sweater vest who lost a senate race six years ago now stands a good chance to end up holding the most delegates at the Republican convention this summer.