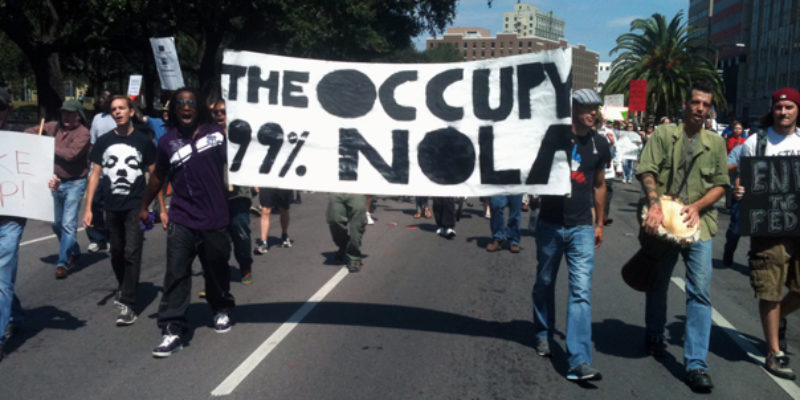 As I write this, the Occupy NOLA protesters are supposedly holding a funeral for the Gulf of Mexico, which they say was murdered by “BP, Tansocean and other accomplices” in 2010’s Deepwater Horizon oil spill.

It isn’t known if the Obama Administration is among those implicated in offing the Gulf of Mexico for strangling Louisiana’s response to the spill in bureaucratic red tape as oil poured into the waterway for three months. 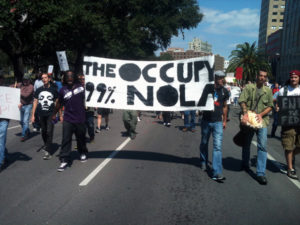 I doubt it, but occupiers are leading a funeral procession at BP headquarter in New Orleans today in which a coffin will be carried to Federal Court on Poydras Street.

I used to fish in the Gulf all the time and I didn’t even send flowers—I feel terrible.

Protesters didn’t have to worry about fitting the roughly 660 quadrillion gallons of water in the Gulf into the coffin. As Mark Twain might have said, reports of the Gulf’s death have been greatly exaggerated.

In fact, the Gulf is reportedly having one of its biggest tourism years ever. It’s very much alive so there won’t be a murder trial, no matter how many empty coffins stoned occupiers tote down New Orleans streets.

My first reaction upon hearing about the funeral was wondering when someone is going to hold one for the occupy movement, which had any legitimacy of being a real political force killed off long ago by the whacked-out zombies that comprise it.

I didn’t even know Occupy NOLA people, who were kicked out of Duncan Plaza in December, were still around. Can the dead really hold a funeral for the dead? I wish I was in New Orleans today to see this and get some video so I could properly pick on these people. Doing it from afar isn’t nearly as much fun.

BP will never be brought to trial for murdering the Gulf, but it has other legal problems, as talks in a settlement for a class action lawsuit brought by business owners and individuals affected by the spill have fallen through.

Lawyers for BP had hoped to reach an agreement by using as much as $14 billion from $20 billion set aside to pay oil spill claimants. That didn’t happen and now the company is fighting it out in federal court.

It’s a good thing that the NOLA Occupiers are back in the news, because I’ve missed them. When I went down to visit them a few months back I was surprised to learn that very few of them are actually from Louisiana. Most are young drifters living out an extended lost weekend that have let themselves become absorbed into a political movement they really don’t understand.

With that in mind, I hope they know the right way to throw a funeral in The Big Easy.

No crying hippies, this is the way it should be done: