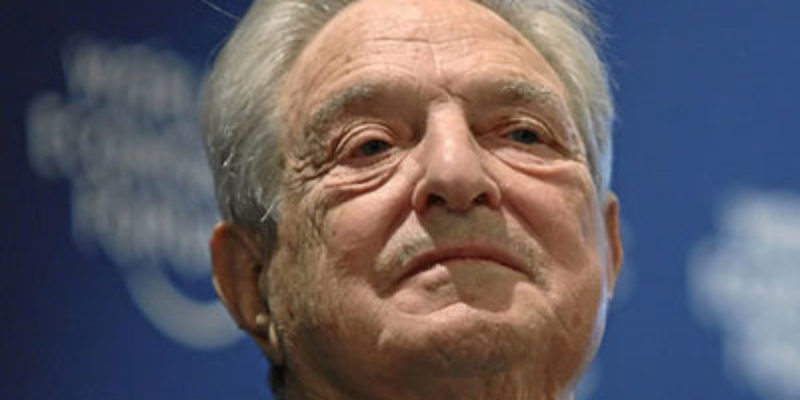 The television show airs on Cox Cable Channel 76 in New Orleans as a platform for Secular Humanists to preach how Christianity is leading the nation to hell—if they only believed in hell.

Flournoy, a former Democratic legislator who served Shreveport’s House District 6 from 1991 to 1995, said that Louisiana Progress stopping “the right-wing march in Louisiana in our political culture,” that she lamented about on the show could be accomplished by “educating citizens and voters.”

Like Flournoy, I like education and I think it’s high-time that a little was done on another organization founded by this extreme-leftist former legislator, Louisiana Budget Project.

The organization touts itself as “an independent, nonpartisan program,” and the Times Picayune tells us it simply “provides independent research and analysis on the impact of state fiscal issues on low- and moderate-income families.” 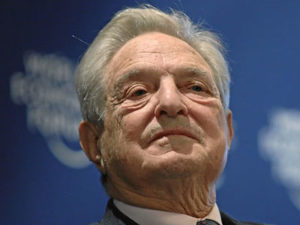 A little lesson about where the Louisiana Budget Project gets its money could serve as a great education in identifying a phony fiscal analytic organization for what it really is.

Pay attention, because there will be a test question at the end.

Louisiana Budget Project was created by Flournoy in 2006 through the Washington DC-based Center on Budget and Policy Priorities (CBPP), which bills itself as “one of the nation’s premier policy organizations working at the federal and state levels on fiscal policy and public programs that affect low- and moderate-income families and individuals.”

Center on Budget and Policy Priorities was created by leftist legal scholar John T. Kramer and Democratic Party fund-raiser Sol Price and has been financed by progressive sugar-daddy George Soros to the tune of  over $3.7 million over the last few years.

Here is his resume from CBPP:

Jared Bernstein joined the Center in May 2011 as a Senior Fellow. From 2009 to 2011, Bernstein was the Chief Economist and Economic Adviser to Vice President Joe Biden, executive director of the White House Task Force on the Middle Class, and a member of President Obama’s economic team.

Bernstein’s areas of expertise include federal and state economic and fiscal policies, income inequality and mobility, trends in employment and earnings, international comparisons, and the analysis of financial and housing markets.

Prior to joining the Obama administration, Bernstein was a senior economist and the director of the Living Standards Program at the Economic Policy Institute in Washington, D.C.

Between 1995 and 1996, he held the post of deputy chief economist at the U.S. Department of Labor.

He is the author and coauthor of numerous books for both popular and academic audiences, including “Crunch: Why Do I Feel So Squeezed?” and nine editions of “The State of Working America.”

Bernstein has published extensively in various venues, including The New York Times, Washington Post, Financial Times, and Research in Economics and Statistics. He is an on-air commentator for the cable stations CNBC and MSNBC and hosts jaredbernsteinblog.com.

Bernstein holds a PhD in Social Welfare from Columbia University.

According to thesorosfiles.com-–a website that keeps tabs on the billionaire hedge fund operator working for a new world order and a managed decline of the U.S. dollar—Bernstein is a member of JournoList.

JournoList is a group of approximately 400 journalists and opinion shapers who reportedly worked together to spread propaganda to influence positive media coverage of Obama and the Democrats in the 2008 election and make sure Republicans got bad media.

CBPP cloaks itself as an independent organization comprised of fiscal analysts that in reality is a leftist propaganda organization that has created a nationwide network of progressive nonprofits called the State Fiscal Analysis Initiative. Louisiana Budget Project one of many front organizations in the Soros network.

Feel free to click any of the links to learn more about these organizations. Some purport to be nonpartisan fiscal analytic groups with names similar to Louisiana Budget Project. Others are advocacy groups for children and families.

They are all shams.

They all belong to the State Fiscal Analysis Initiative network and are funded in some way by Soros.

Louisiana Budget Project is financed through Soros’ Open Society Institute, as is Media Matters For America, a  progressive propaganda group which pretends to be a media watch-dog organization.

Everyone with an ounce of sense knew what they were all about along time ago, but any doubt was put to rest when The Daily Caller exposed how the group was working directly with the Obama Administration to destroy media outlets the president doesn’t like—namely, Fox News.

Louisiana Budget Project gets money from other places besides the Open Society Institute. Additional financiers are the Pubic Welfare Foundation, Anne E. Casey Foundation and the W.K. Kellogg Foundation.

The Public Welfare Foundation, an organization with ties to the Soros-funded Tides Foundation and Tides Center finances a host of progressive groups. Some notables are the Association of Community Organizations for Reform Now (ACORN), Greenpeace International and Planned Parenthood.

The Anne E. Casey Foundations grantees also include the Tides Foundation, ACORN, Planned Parenthood—along with hundreds of other left-wing outfits.

It’s almost time for your test, but let’s review what we have learned so far:

Louisiana Budget Project was founded by a former Democratic legislator whom heads a progressive think-tank, Louisiana Progress, whose stated goal is to influence public opinion toward progressive policy.

Louisiana Budget Project was created through a Soros-funded network, with strong ties to the Obama Administration, that was set up to spread progressive propaganda nationwide while pretending to be doing something else—much like Media Matters.

Other funders of Louisiana Budget Project are groups with similar connections to Soros that give money to the most radical leftist organizations out there.

Louisiana Budget Project recently gave Jindal an “F” in accountability for his school reform voucher plan, but if you answered “yes” to that question you get a “D”—for dumbass.

Interested in more news from Louisiana? We've got you covered! See More Louisiana News
Previous Article What’s Smart? Spread Out Those Pension Changes
Next Article All Over A Shoe