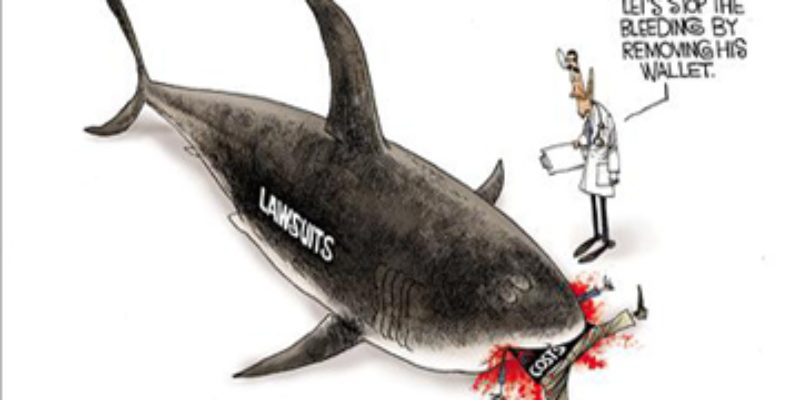 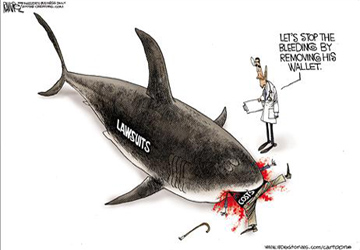 Frivolous lawsuits and the abuse of our courts continue to be a key driver of the problems plaguing our economy. Too often, meritless lawsuits are putting our small companies out of business. One of the most egregious examples of this is asbestos litigation.

Just ask folks like Mike Carter with Monroe Rubber & Gasket in North Louisiana. Despite the fact that he has never manufactured any kind of asbestos product, Mr. Carter’s small business has been hit with more than 100 different lawsuits involving more than 2,200 plaintiffs over the past decade. Air quality testing proves there is no harmful dust in the air at his shop, and not one single employee has ever filed suit or a worker’s compensation claim against him for an asbestos related injury—yet the lawsuits just keep coming.

Mr. Carter knows from firsthand experience that asbestos lawsuit abuse is costing jobs in Louisiana. While many of the suits against him have been dismissed without merit, he is still a defendant in several cases that will be tried in 2012. He’s already spent tens of thousands of dollars on legal fees defending his company—that’s money that could have gone toward expanding or hiring new employees. And he still faces the threat that if just one of those meritless cases leads to a million-dollar judgment, it could put him out of business. How many more Louisiana companies have to be driven out of business and how many more jobs have to be lost before the state legislature acts?

Asbestos is a naturally occurring mineral that was used in a variety of building materials and commercial products to resist heat and corrosion. In the 1970’s it was largely discovered that asbestos exposure could, in some instances, cause mesothelioma, a life threatening form of lung cancer. Since that time, it’s estimated more than 730,000 national asbestos claimants have collected more than $50 billion in damages. After more than 40 years, asbestos litigation is now the longest-running mass tort in U.S. history. It has forced nearly 100 companies out of business and caused the loss of more than 100,000 jobs.

It is clear that some people really have been damaged and suffered greatly as a result of asbestos. However, it is also clear that the billions of dollars involved in this sector of litigation have attracted a large number of questionable claimants, and some states, including Louisiana, have struggled to pass reforms that can help prevent fraud and abuse and ensure that all real victims are properly compensated. We must do better.

First, we must establish greater efficiency. Those individuals who are really sick need to go to trial as soon as possible. Crowding the docket with thousands of meritless claims clogs up the legal system and makes it more difficult for those who are truly injured to have their day in court. We could improve the process by requiring that claims in these types of latent exposure cases include basic information when they are filed, such as the name of each defendant, the time period and location of the alleged exposure and the products to which the plaintiff was allegedly exposed. This simple change would allow our courts to more quickly ferret through frivolous claims and allow those with merit to proceed to trial with greater efficiency.

Second, we must establish more transparency. Because the vast majority of companies responsible for asbestos exposure have been driven out of business, a massive trust system has been established to compensate victims for their injuries. Today, it’s estimated more than 60 different trusts have been established to collectively form a $38 billion privately funded asbestos personal injury compensation system that operates with very little oversight. Unfortunately, because of this lack of accountability and transparency, the current system allows asbestos claimants to “double dip”—or recover twice for the same injury. This abuse unnecessarily depletes the amount of resources available to future claimants. The Louisiana legislature can address this by passing a simple bill that would require any plaintiff claiming injuries related to asbestos or silica exposure to disclose at least 180 days before trial all existing or potential claims against a trust or a fund.

Finally, we need to establish proper venue in these cases. Currently, plaintiffs involved in asbestos, silica, or other latent disease exposure cases are able to file suit in any jurisdiction in Louisiana. Unfortunately, this encourages a culture of venue “shopping” where some contingency fee attorneys, who make their money directly based on the size of verdicts or settlements, seek out judges and venues where there is an established track record of ruling in favor of plaintiffs. This can deplete judicial resources and lead to overcrowding in some jurisdictions. By establishing proper venue in these cases, we can eliminate such abuses and ensure that those who are truly impaired can quickly and efficiently have their day in court.

Representative Neil Abramson (D- New Orleans), Chairman of the House Civil Law & Procedure Committee, has filed several bills this legislative session that will implement some of these common sense reforms and help to address the fraud and abuse that’s crippling many of Louisiana’s small businesses. Let’s hope his colleagues in the legislature follow his courageous lead and take some positive steps this session to create more jobs, not lawsuits, in Louisiana.

Interested in more news from Louisiana? We've got you covered! See More Louisiana News
Previous Article Mary Landrieu Is Doubling Down On Her Support For Obamacare
Next Article Calcasieu Closes Schools, Teachers To Descend On Capitol Tomorrow