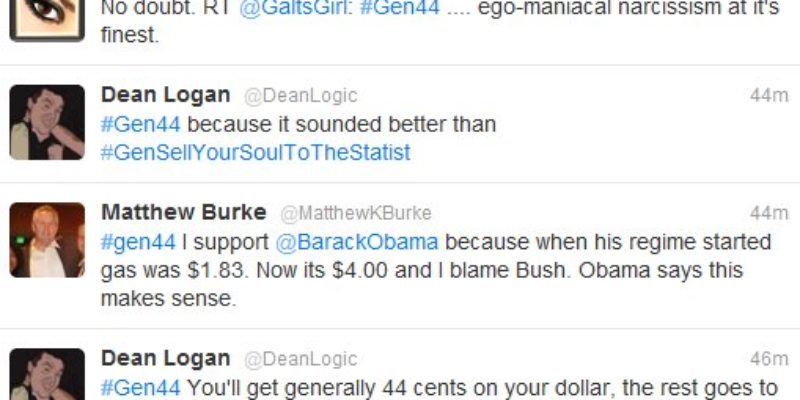 One of the constituency groups the Obama campaign is struggling to hang on to this fall is twenty-somethings – and for good reason. Youth unemployment is twice that of the rest of the country, and Obama’s approval rating among that group has tanked.

Strangely enough, the kids actually wanted results – and many of them aren’t happy about the fact that The One didn’t deliver.

But there’s a problem with starting a Twitter hashtag – people who aren’t on board with you will happily join in and make you the butt of their jokes.

And that’s exactly what has happened to #Gen44… 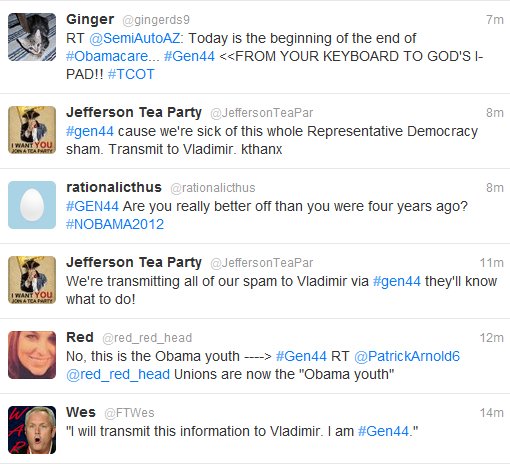 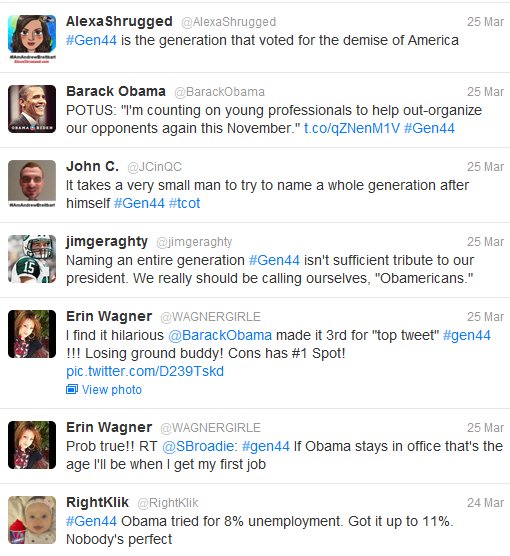 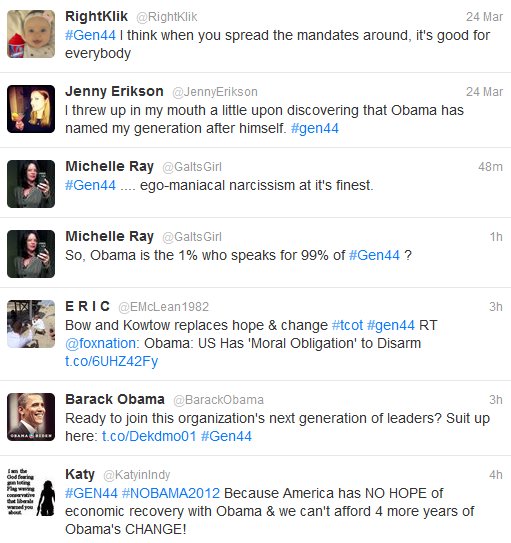 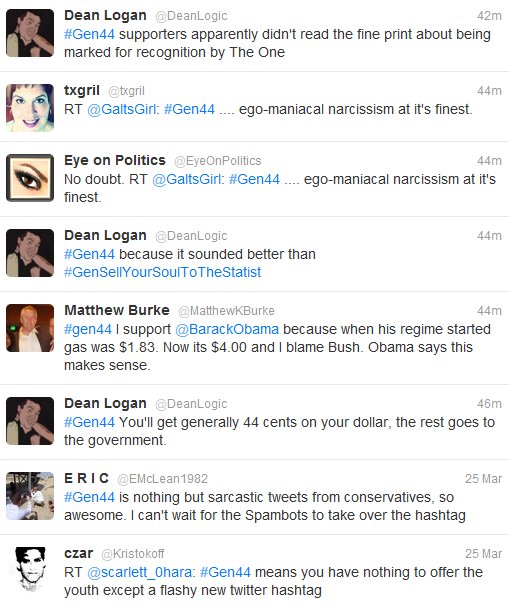 Gasoline averages $3.90 per gallon today, March 26, 2012. And the president of the United States just promised the Russians that once he gets re-elected he’ll have more flexibility to give away the store on missile defense. The federal deficit, meantime, will be over $1 trillion for the fourth time in as many years.