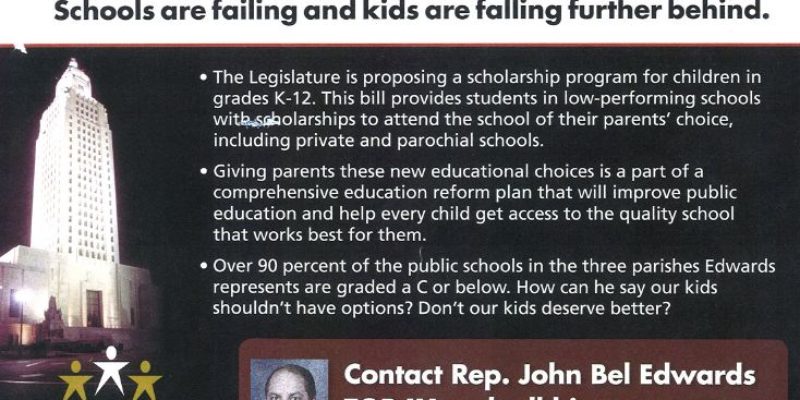 UPDATE #2: And now we’ve got video of Peterson going ballistic on the American Federation for Children on the Senate floor.

Except the other side IS bringing it. And while Peterson is talking tough, her colleagues, including state Rep. Sam Jones (D-Franklin), are whining about “intimidation” from the reform crowd.

These people have to decide whether they want to be drama queens or leaders.

UPDATE #1: Peterson is also furious that the American Federation for Children, a pro-choice group, is putting out a direct mail piece taking hacks at her Democrat ally John Bel Edwards (D-Amite) – the leading detractor of the Jindal education reform agenda.

Political allies of Governor Jindal’s Education Agenda have decided that reasonable debate on the radical re-direction of public education in our State should be stopped. Employing all the tactics of a negative political campaign, they have begun an assault on legislators that have the integrity to stand up for their constituents.

Anyone who will not simply roll-over in the face of pressure from the Jindal Administration is now a target for silencing. You can see one of the appalling negative attacks below:

We cannot let these attacks silence real debate on these issues, or allow a partisan political campaign to distract from the critical debate about the future of education in Louisiana. Our children deserve an honest, inclusive debate that earnestly studies the impact and direction of changes to our public education system.

We will keep fighting to allow for the thorough review and conversation that our State deserves. We will not let their political attacks silence the debate. 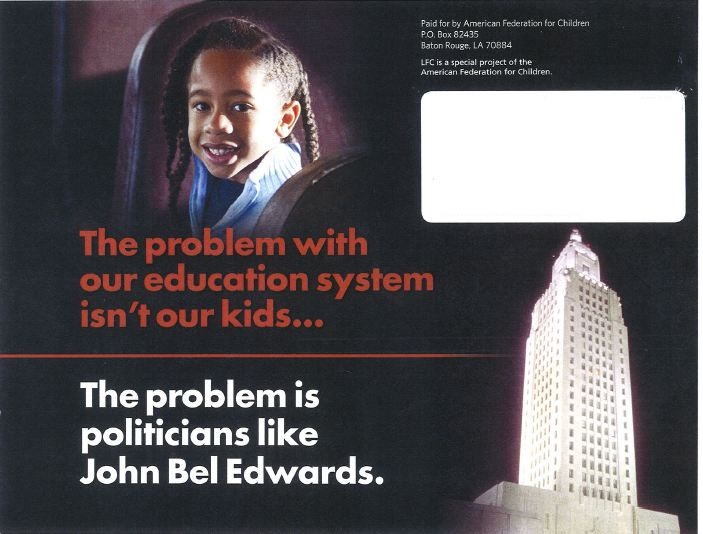 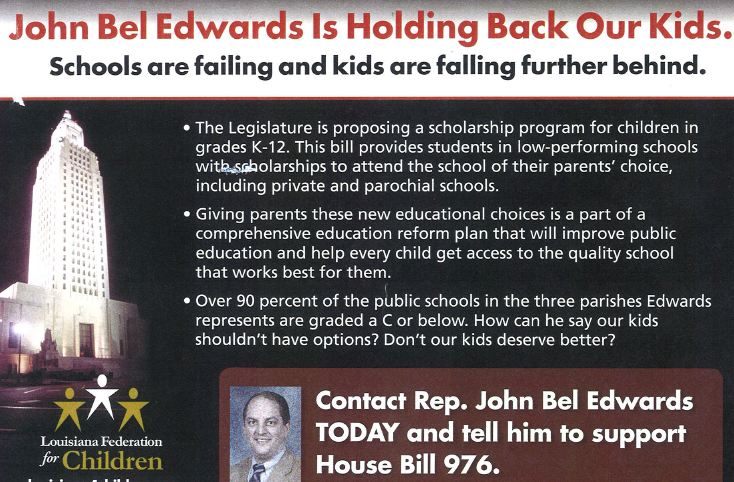 ORIGINAL: This was just put out in an e-mail by Sen. Karen Carter Peterson (D-New Orleans), picking up on one of the three Democrat arguments against Gov. Bobby Jindal’s education reform package…

All Voices Must Be Heard

The Legislature is currently considering drastic changes to public education, which are the centerpiece of Governor Jindal’s agenda. Jindal and his allies in the Legislature are “ramming” the legislation through the committees and demeaning working people and public employees for trying to voice their side of the story.

In response, I’ve filed a resolution to direct this debate on these critical issues to happen on Friday after 5pm, Saturday and Sunday so working people will actually be able to attend and share their voice. It is essential that Louisianians from all walks of life be able to speak out on the direction of education in our State. This resolution will be heard in the Senate Committee on Senate and Government Affairs tomorrow. You can watch the hearing live here: legis.la.gov

You can learn more about Senate Resolution 15 here.

The we-can’t-debate-legislation-on-education-unless-we-have-a-room-full-of-teachers-to-protest meme ranks right up there with the state-tax-dollars-going-to-vouchers-is-nothing-more-than-local-taxes-being-redirected-to-private-schools-and-that’s-unconstitutional and Jindal’s-moving-too-fast-and-crushing-legitimate-debate-with-two-months-of-town-halls-and-25-hours-of-committee-hearings as the Democrat favorite lines of attack.

It’s ludicrous, of course. They don’t shut the courts down when tort reform bills are being heard in the legislature, and they don’t insist on hearing bills about the construction industry at night or while it’s raining. You don’t have to have 2,000 teachers milling around Wisconsin-style outside of the Capitol building in order for the educational establishment to be heard; teacher union members pay dues to pay people like Steve Monaghan and Joyce Haynes to represent them  at the Legislature. If Monaghan and Haynes do a crappy job of that it’s the teachers’ problem, not the legislature’s. This idea that somehow education reform belongs in a different legislative universe is asinine, as impressive as Peterson and her allies might think it is if they could pull tens of thousands of union teachers to the Capitol so as to make headlines and steal a news cycle.

Guess you can’t fault her for asking. Republicans in the Senate, or in the House for that matter, would be idiots to agree. That resolution isn’t going anywhere.

But it’s clear that Democrats are going to play drama queen this session where education reform is concerned. This is just one more example.