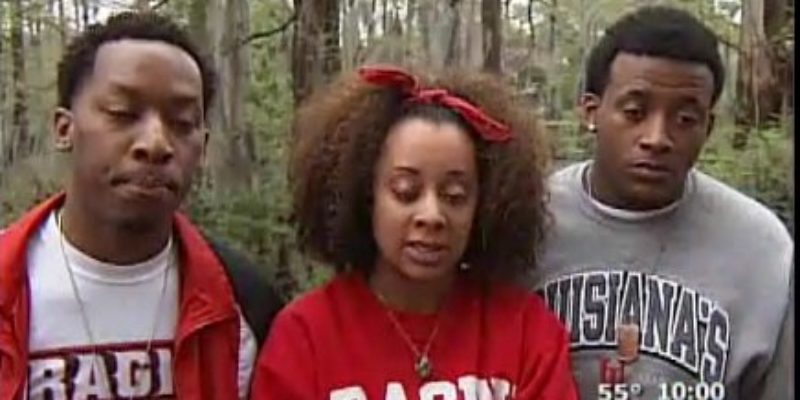 We’re so far down the rabbit hole now that a black cartoonist at that university’s school paper The Vermilion can’t joke about his own people without being accused of “racism within his race.”

The cartoon seems dumb. It’s a school newspaper, so you can’t exactly expect Michael Ramirez. But here’s the thing – fried chicken and grape soda are stereotypes, there’s no question about it. Are those stereotypes particularly damaging to black people?

Irish people drink and fight a lot, or so goes the stereotype. Most Irish people you talk to will hear that and laugh about it. Ditto for Italians and pizza, or Russians and vodka. It’s a cultural thing in most cases.

And it’s pretty much harmless. “I’m from this ethnic group, so we do thus-and-so.”

Guess what’s a much worse stereotype the kids in that news report are perpetuating: that of the endlessly-whining aggrieved racial minority.

This is a week in which the country at large has been introduced to Professor Derrick Bell, one of Barack Obama’s early mentors who said he lived to harrass white people, and who constructed the poisonous Critical Race Theory which enshrined racially-driven theft and intimidation as a tool for social justice. Bell’s babblings, and those of his ideological cohorts, took this country off the rails the civil rights movement had established – namely, that what we should be aiming for in this country is a colorblind society where race and ethnicity just aren’t all that big a deal – and set us loose into the current swamp of grievance, controversy, recrimination and politics.

And the Black Male Leadership Association at ULL, which is probably made up of nice kids who’ve nevertheless been led to believe that griping and bitching is the road to success, is wading neck-deep in that swamp. And it is, in fact, a swamp.

One has to believe that the outraged Vermilion readers were surprised to find that the cartoon’s creator wasn’t a person of pallor. After all, one sees little protest at the “racism within the race” which leads to the ubiquitous use of the N-word in hip-hop music (warning: the link isn’t safe for work or really anywhere else). The guess is the folks at the Black Male Leadership Association found themselves in something of a pickle when their big outrage turned out to be a bit of self-deprecation instead – and so now we have internecine racism within the black student community at ULL.

And that might be worth making popcorn for. After all, we’d all be better off if the professionally aggrieved can find a way to turn their guns on each other instead of the rest of us.

Except these kids have a whole life in front of them. And while they might not realize it, by protesting one stereotype (and by the way, an affinity for fried chicken is hardly just a black thing) they’re confirming another which is a lot worse; namely, that of the African-American racialist scold seeking retribution for all slights real and imagined, who browbeats the general public into preposterous discussions of slavery reparations, “structural racism” in which the purportedly disadvantaged have a ready-made excuse for failure in a fundamentally unfair country, and so on.

The implications of that stereotype are considerably worse than a recognition that lots of black folks like fried chicken. A stereotype of the perpetually-outraged minority poisons race relations, puts everyone on the defensive, blocks cooperation and ultimately limits opportunities for kids like the ones at ULL – though it does offer the benefit of a self-fulfilling prophecy to excuse people hung up on perceived slights who don’t actually accomplish anything in life.

Here’s hoping the lesson coming out of the goofy cartoon at the Vermilion is that people need to lighten up. But that might be expecting too much.