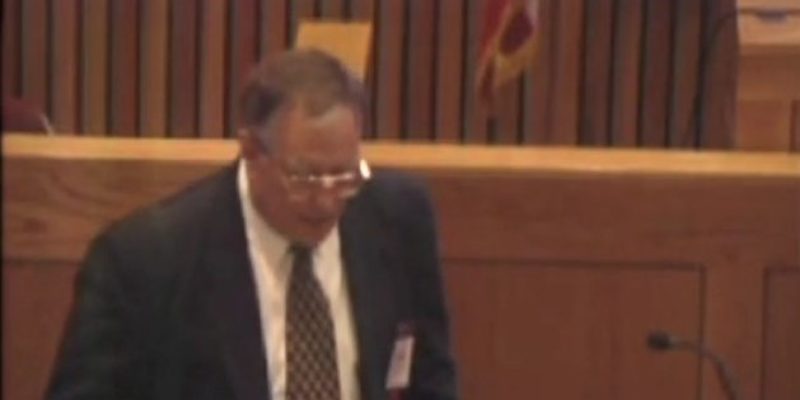 The fix is in, and the word out.  News about the job-killing lawsuit abuse that’s taking place in Louisiana seems to be popping up everywhere these days, and now our state’s dirty little secret has hit the national stage.  A new You Tube video posted by the American Tort Reform Association shows a personal injury lawyer consultant giving a tutorial on how to make up legacy lawsuits based on bad information in order to get rich.  This plaintiffs’ expert is caught on video saying legacy lawsuits are “big money, hot topic, big issues in Louisiana.”  Then he goes on to describe Louisiana’s system as a lawsuit “lottery” and outlines an eleven-step plan for how to blame oil and gas companies for natural occurrences in Louisiana’s landscape. In detailing part of the plan, he says, “Salt domes impact the surface and near surface themselves—just a natural occurrence…But when I find these things, maybe I’m going to contend that the oil companies did it.  It’s tough to name God as a defendant.  The oil companies did it.”  Can this be too outrageous to be true?  See it for yourself. The message is clear: these so-called legacy suits are much more about making green, than being green.

This video exposes legacy litigation for what it really is—mostly a scam run by a few politically connected personal injury lawyers for the purpose of making money, not cleaning up our land.  There are plenty of statistics that show just that.  For example, we know that one single law firm is responsible for almost half of all the legacy cases that have been filed in our state, suggesting it’s nothing more than a legacy lawsuit factory.

Meanwhile, data compiled by the Louisiana Department of Natural Resources for the state legislature shows 78 percent of the cases filed present no evidence of actual damages according to state standards. This statistic begs the question:  if there are no actual damages presented, then why are these cases being filed? The plaintiffs’ attorneys said it themselves—“big money.”

The bottom line is these frivolous legacy lawsuits are wreaking havoc on conventional onshore oil and gas operators in the state, and they come at a huge cost to Louisiana workers and their families.   A new report released by the LSU Center for Energy Studies shows legacy lawsuits have slashed away the opportunity for Louisiana citizens to have more than 30,000 jobs and $1.5 billion in wages over the past eight years.  The new study also implies that without legacy lawsuit abuse, our cash-strapped state could have taken in much more tax revenue than it has. This abuse took a nick out of our potential state economic growth valued at $10 billion.

So jobs, wages, state revenue, and Louisiana’s national reputation take a big hit – all thanks to a few personal injury lawyers.  Many of our state leaders may be saying, “Don’t worry. Be happy,” but if you ask the thousands of citizens across the state who support Louisiana Lawsuit Abuse Watch – as well as national observers and experts who advocate for fair legal systems – they’re singing a very different tune.

At a time when our national economy is suffering and energy prices are skyrocketing, no state in the country can afford these kinds of frivolous, job-killing lawsuits.  Let’s hope the Louisiana Legislature will take notice and do something to help rein in the abuse. ‘

Interested in more news from Louisiana? We've got you covered! See More Louisiana News
Previous Article Jindal VS The Occupiers While Dems Resort To Their Rhetoric
Next Article It’s Wisconsin Day At The State Legislature