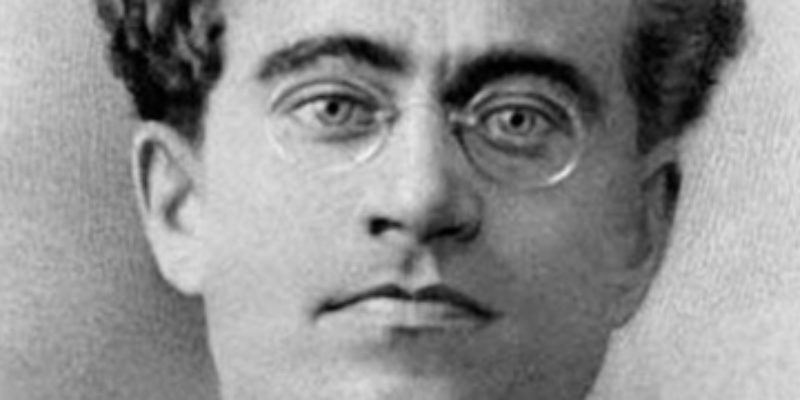 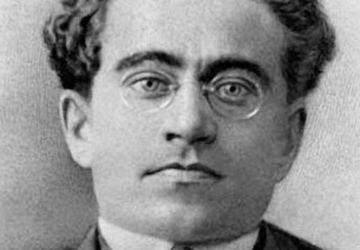 The mask is off, is it not?

It seems like President Obama’s re-election team has found a new slogan: “Forward.”

That’s the title of a seven-minute video the campaign released this morning, touting Obama’s term in office and criticizing Republicans.

“The video outlines the challenges America faced as President Obama took office at the height of the worst recession in almost a century and details the progress that has been made reclaiming the security of the middle class and building an economy that’s meant to last, where hard work pays and responsibility is rewarded,” says the campaign.

Here’s the video. It’s such a crappy piece of work we refuse to embed it on our site.

Except that “Forward” as a political slogan has a very definitive – and hardly unknown – meaning and identification, particularly on the Hard Left. As the Washington Times notes…

The Obama campaign apparently didn’t look backwards into history when selecting its new campaign slogan, “Forward” — a word with a long and rich association with European Marxism.

Many Communist and radical publications and entities throughout the 19th and 20th centuries had the name “Forward!” or its foreign cognates. Wikipedia has an entire section called “Forward (generic name of socialist publications).”

“The name Forward carries a special meaning in socialist political terminology. It has been frequently used as a name for socialist, communist and other left-wing newspapers and publications,” the online encyclopedia explains.

The slogan “Forward!” reflected the conviction of European Marxists and radicals that their movements reflected the march of history, which would move forward past capitalism and into socialism and communism.

The best known example of EuroMarxist “Forwards” was/is the Italian newspaper Avanti!, which was and is the organ of the Italian Socialist Party. That paper’s editor from 1912 to 1914 was one Benito Mussolini – until Mussolini was ousted from his post amid a schism within the Socialists in that country and started his own paper. Mussolini also started his own party, and when the Fascists took power they liquidated the Socialists and in 1919 his thugs burned the paper out of its offices.

Another figure of interest – perhaps more interest than Mussolini in the connection between Italian Marxism and the current regime in charge in Washington – was the paper’s Piedmont edition head as of 1916, one Antonio Gramsci. Back in 2009, the Hudson Institute’s Herbert London identified the connection between Gramsci’s philosophy and our current president’s policies and initiatives…

Gramsci, while still in his twenties, organized the Italian Communist party in 1921 with his colleague Togliotti. Since this was four years after the Russian Revolution, Gramsci assumed Italians would welcome a Bolshevik convulsion of their own. But it didn’t happen.

In reviewing the political landscape, Gramsci sought to explain why what seemed to him inevitable had not yet occurred.  He found three explanations: Christianity, nationalism and charity.  As he explains in his writing, the way to set the stage for a Marxist revolution was in coming to grips with these three conditions.

As a consequence, Gramsci converted Marxist economic theory into a cultural battle — as he saw it, a march through conventional and normative institutions. The first stratagem was the assault on Christianity by arguing religion should not inform or be employed in public discourse. Gramsci realized that if religion were confined to private worship, its hold on Italians would dissipate.  Hence his arguments relied on science (more accurately scientism) and material claims devoid of references to the Church and its historic antecedents.

Second, Italians took great pride in their newly constituted nation fifty years old in the 1920s. Gramsci contended Italians were part of a grand global mission, merely one story in the narrative of mankind. He therefore cleverly attempted to transform national loyalty into an abstract identification with human rights by describing patriotism as an anachronistic and childish fetish.

And last, Gramsci engaged in efforts to persuade Italians that the way, the only way, to express humanitarian concern for the poor or those left behind as the detritus of capitalism is through a government that can be benevolent and beneficent. For him, big government wasn’t a temptation for tyranny but rather the adjudicator for life’s unfairness.

Whether recognized by President Obama or not, the parallels are striking. Although devoted to his own faith, President Obama through court decisions and his opposition to charitable trust programs has suggested overtly and tacitly that religion should be a matter relegated to private worship outside the confines of public life.

Secondly, the appointment of Anne Marie Slaughter to the Policy Planning Group and Susan Rice as Ambassador to the U.N. argue persuasively that the president is committed to a transnational agenda, one that deemphasizes America’s global role and subordinates multinational, institutions, such as the U.N., as the primary channel of American foreign policy. Here is the John Kerry “global approval” position with a vengeance.

And last, through his proposal to deny tax deductions for charitable gifts, government is being converted into the only public charity.  Moreover, the transfer of wealth in the stimulus package and the increased tax burden on the most productive element of society will inevitably decrease incentives and expand the size and influence of government.

Gramsci’s writings are replete with references to the “march through the institutions,” in which the media and the academy are crucial to breaking the hold of bourgeois values on those of society at large. Interesting, then, that the president insists on pushing low-cost student loans on academically marginal kids who probably should be either working their way through school or just getting a job rather than being indoctrinated by his fellow cultural marxists. Obama’s palling around with hard-left celebrities, also, is instructive in this regard.

And Gramsci’s writings also emphasized the development of what we would now call “community organizers” in an effort to convince average people to change their point of view away from a bourgeois/individualist mentality toward one more conducive to what the president once called “collective salvation.” Gramsci would, for example, be overjoyed with the Left’s calumnies of our Founding Fathers as slaveholding dead white guys who don’t contribute much to our current politics.

Avanti! has managed to survive in various iterations as a socialist organ since Mussolini decided to rout out Gramsci and others among his former socialist friends, but even in a leftist country like Italy it has struggled to break even.

But there are lots of other examples.

For example, in Germany there are lots of iterations of “Forward!” throughout left-wing history. The Washington Times piece provides a good summary…

There have been at least two radical-left publications named “Vorwaerts” (the German word for “Forward”). One was the daily newspaper of the Social Democratic Party of Germany whose writers included Friedrich Engels and Leon Trotsky. It still publishes as the organ of Germany’s SDP, though that party has changed considerably since World War II. Another was the 1844 biweekly reader of the Communist League. Karl Marx, Engels and Mikhail Bakunin are among the names associated with that publication.

But lest we leave anyone out, the Soviet Communists also liked using Forward! as a slogan – going all the way back to Lenin, who helped found a Communist publishing house under the Russian word for Forward! (Vpered) in 1905. And then we have this fabulous piece of Soviet propaganda, a 1926 film by communist director Diga Vertov entitled, not surprisingly, “Forward, Soviet!”

Forward (Vpered) is even the name of a far-left/neo-communist party in Russia right now.

You’d think that using such a loaded term as a campaign slogan would be considered far too hot to handle for a national Democrat campaign; after all, in 2008 Obama ran away from his neo-com roots and cast himself as a “pragmatic” and centrist candidate. But not now. Now, Obama is attempting to push the envelope and run further to the left than any candidate in American history. It’s a breathtakingly, unmistakably, in-your-face presentation.

And it badly needs to be termed as such by his opponent this fall.

Interested in more national news? We've got you covered! See More National News
Previous Article Election 2012: Explaining the Ron Paul Victory in the LA Caucuses
Next Article Don’t Complain About This, Obama – You Asked For It