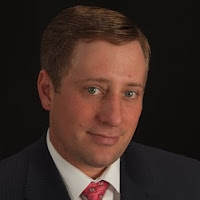 Some are characterizing the letter as an apology to Angelle over Briggs’ statements in the Baton Rouge Business Report critical of the legacy lawsuit reform deal the secretary is brokering.

Briggs said the deal favors the trial lawyers—the guys raking in millions through legacy lawsuits while costing Louisianians thousands of jobs, he says—over the oil and gas industry.

It’s no surprise that he would be telling the media he isn’t happy with Angelle’s work. LOGA has already issued a statement saying so that was signed by Mid-Continent as well as the Louisiana Association of Business and Industry.

Briggs is a little miffed at Mid-Continent’s president for what he considers a letter written to soothe Angelle’s feelings about things he told the press.

“I don’t get down to the level of anyone who is apologizing for something I’ve done,” said Briggs.

To be fair, John never actually apologizes to Angelle and the letter never mentions Briggs. It just praises Angelle for the deal he has been working on:

I am writing today to express my sincere thanks for all of your efforts as the Secretary of Natural Resources for the state of Louisiana, particularly in the ongoing “Legacy Lawsuit” discussion. I was dismayed to see inaccurate press accounts yesterday that painted you as having chosen sides in the debate. Your longstanding and continued commitment, not only of your time, but of your ideas and energy is recognized and most appreciated by industry.

We understand your role as the mediator and industry recognizes that the exchange of ideas and concepts – some accepted, some rejected – is a critical part of the process. You have never wavered in your focus in upholding the expectations as the mediator. You have been down this path before. Beginning in 2006 with your efforts to pass Act 312, all the way to the many late night meetings being conducted this year, you have always maintained that there is a workable solution to each side’s issues. That resolve did not go unnoticed.

Again, we consider the press reports yesterday to be inaccurate and do not reflect the views of this industry. The Louisiana Mid-Continent Oil and Gas Association is the trade association that has represented the oil and gas industry in Louisiana and the Gulf of Mexico since 1923. We look forward to continuing our “Legacy Lawsuit” negotiations and working on other matters that are important to the state.

Briggs said the letter is puzzling because there were no inaccuracies in the news story it references and is contrary to the joint-statement criticizing Angelle’s deal as “not being the most important, vital and transparent resolution of the lawsuits.”

“We don’t know what inaccuracies that (John) is taking about,” Briggs said. “Everything was very accurate and is in-line with the statement that we have put out.”

Briggs believes that the only thing that John could possibly have found wrong with the article is that is Angelle didn’t like it, which he thinks prompted the letter.

I still want to talk to John to see what he has to say about all of this and whether the letter is actually an apology for what Briggs told the Baton Rouge Business Report, which—as Briggs said—isn’t much different from the statement signed by Mid-Continent.

So far, I haven’t gotten a call back from John, but I’ll update this with his side of the story if I do.

While waiting around for that, here’s a video from last month’s LOGA annual meeting discussing the economic impact of legacy lawsuits on the state:

Interested in more national news? We've got you covered! See More National News
Previous Article Is Obama Ideological – Or Incompetent – On Rising Energy Prices?
Next Article Landry: Somebody Needs To Be Fired For The ‘Billion Dollar Drafting Error’ (Updated)