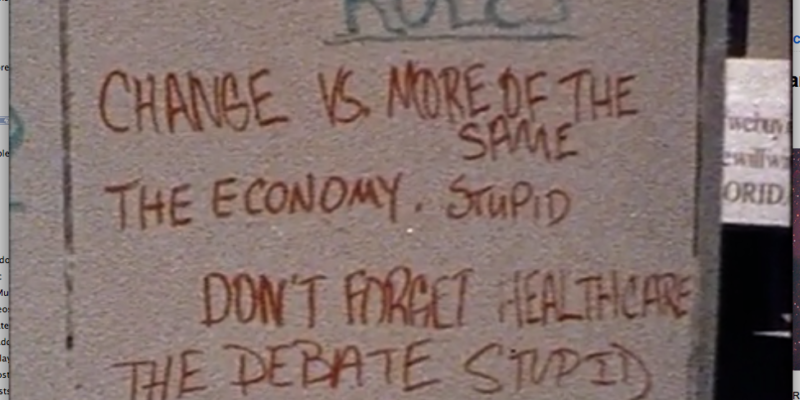 James Carville is back in the news, this time coming out against Mitt Romney for lifting his line from the 1992 presidential campaign, “it’s the economy, stupid.”

Romney’s rewrite of  Carville’s slogan prompted ol’ snakehead to send out a fund raising letter for the Democratic Congressional Campaign Committee calling out the “huckster” for trying to “steal my line.”

“Yeah, it still is about the economy, stupid. It’s about how hucksters like Mitt crashed it, the middle class paid the price, and the top 1 percent got more tax cuts. Let’s call out these Republicans on their downright hypocrisy,” the letter reads.

Carville’s letter ends with: “P.S. Yeah, it’s about the economy. But it’s also about Republicans going to war on women, trying to cut seniors off their Medicare and all the rest. Let’s beat these guys.”

It’s kind of funny, because those couple of excerpts reveal the Democratic strategy for the elections—make it about anything BUT the economy.

Well, Carville was on to something in 1992 when he hung this sign in Bill Clinton’s Little Rock campaign headquarters: 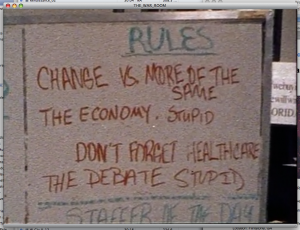 This is a great instance of history not exactly repeating itself, just rhyming really well. It’s interesting that Democrats are actually trying to run as if a Republican is the incumbents in the presidential race, not the other way around. That might have worked in 1992, when they  were trying to unseat a Republican in the White House. It’s not going to work this time. Like the line-stealing huckster says, we ain’t stupid.

Carville message back in the 1992 election of “change vs. more of the same,” is even more apt than it was 20 years ago. Somebody clue David Alexrod in that it’s their guy who’s been in the White House running the economy into the ground over the last for years.

Like back in 1992, voters should be also encouraged not to forget healthcare—particularly the Obamacare bill being rammed through Congress that 56 percent of voters want repealed.

Since Romney is already lifting phrases from Carville’s 1992 playbook, he ought to keep it up. There’s some good stuff to be found there and it just might make Carville eventually lose his cool on national television, which is always fun to watch. 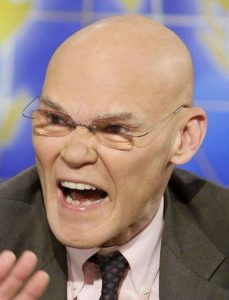 Interested in more national news? We've got you covered! See More National News
Previous Article This Morning Might Not Be A Bad Time To Engage In A Little Activism
Next Article Election 2012: Explaining the Ron Paul Victory in the LA Caucuses