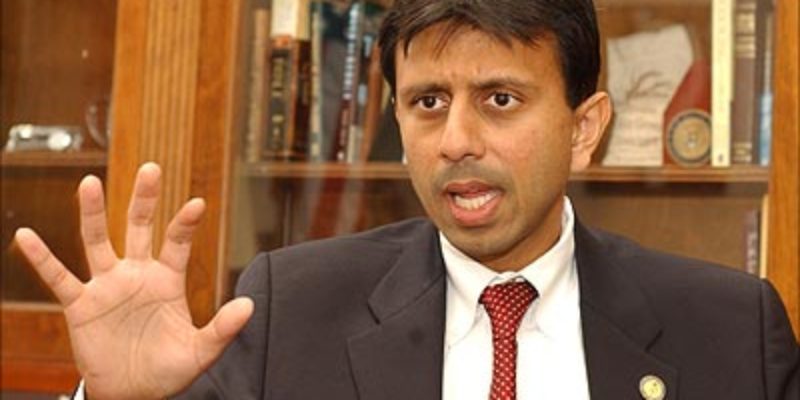 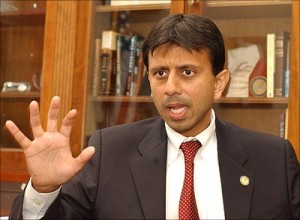 Here’s a note to folks who don’t like Gov. Bobby Jindal and are particularly miffed about his education reform package that’s working it’s way through the Republican led legislature right now—if you don’t want things like this to happen, come up with a candidate with more than a snowball’s chance in hell of unseating him when election time rolls around. That, of course, didn’t happen in the gubernatorial open primary election back in October when Jindal won 66 percent of the vote for a second term.

His closest rival was Democrat Tara Hollis, a teacher from Haynesville who got just 18 percent of the vote. To make matters worse for Democrats, Republicans now control both houses of the Legislature this session for the first time since Reconstruction.

Seemingly undaunted by their failures at the ballot box, Democrats want a do-over and five teachers have initiated a recall of Jindal. An effort to recall House Speaker Chuck Kleckley has also been started.

There have been four other valid recall efforts filed with the Louisiana Secretary of State’s against Jindal. since he has been governor. The first two were back in June of 2008 over the Legislature voting to raise its pay—a measure that was eventually vetoed by the governor.

The other two, filed in 2009 and 2010, were initiated by citizens upset about announced budget cuts to healthcare and higher education.

All of the previous recalls failed to gather steam—embarrassingly so. For a recall election, one-third of the state’s 2.86 million registered voters—roughly 955,000 voters—would have to sign petitions within 180 days. Back in 2010, about 908,000 signatures were needed and only 55 were collected.

The bar for a recall election of Kleckley would be much lower than one for the governor. There are about 28,000 registered voters in his district. If those wanting him to be recalled work hard they might be able to get more than 55 signatures, but I don’t think that will be able to muster the 9,333 needed.

Needless to say, the governor’s people aren’t too worried about all of this.

“No. We’re not concerned and not surprised that the coalition of the status quo is trying to intimidate folks who want to reform our schools and make them better for our children.” said Frank Collins, Jindal’s press secretary.

During the March 15 teacher unions protest on the steps of the Capitol, Louisiana Association of Educators President Joyce Haynes strongly hinted that Jindal should subject to a recall election a-la Gov. Scott Walker of Wisconsin. Haynes’ remarks were followed by chants of “recall Jindal.”

I love this video, because of the added comic relief of teachers wanting to flip the governor the bird.

Unfortunately, those wanting to recall the governor are also waving a giant middle-finger at Louisiana taxpayers. According to the Secretary of State’s office, a recall election would cost Louisiana over $6 million.

I doubt that Jindal was flipping these protesters the bird from his office on the fourth floor back on March 15. I would imagine that the governor has more class than that.

If he were to choose to do so this Wednesday—when another big teachers union rally is planned at the Capitol—I wouldn’t think any less of him, however.

Interested in more news from Louisiana? We've got you covered! See More Louisiana News
Previous Article Wisconsin Law On Automatic Union Dues Overturned; What Effect On Louisiana?
Next Article Karen Carter Peterson Said ‘Bring It’ – So We Did, And Now She’s Whining