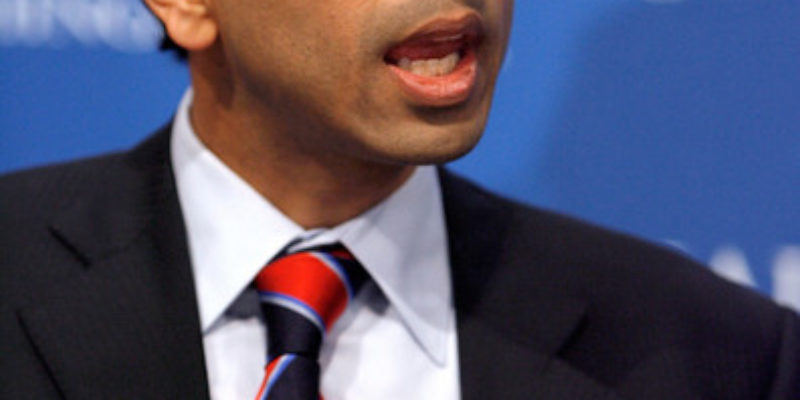 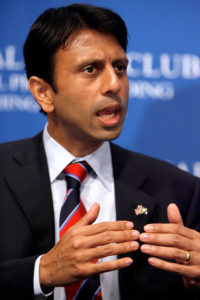 The state budget proposed by Gov. Jindal back in February is being hashed out at the state Capitol today as the House Appropriations Committee started two days of public hearings on HB 1, the budget bill.

The governor is using carryover-one time funding to help plug a roughly $895 million spending gap, a move that U.S. Sen. David Vitter is saying reminds him of the way fiscal policy is done in Washington—very badly.

The Jindal camp is telling Vitter to mind his own business and reminding him that the U.S. Senate hasn’t passed a budget in nearly three years.

What they are leaving out is that Republicans like Vitter are dealing with a Democratic-led Senate with a Democrat in the White House. Jindal’s party controls both houses of the Louisiana Legislature, so it’s time to get spending under control.

As it stands, the budget relies on $230 million in one-time money for continuing expenses with $506 million in federal matching money.

Jindal’s plan is to shore up the rest of the budget shortfall by passing higher retirement cost for state employees and eliminating about 6,400 state jobs.

The governor doesn’t want cuts in higher education and healthcare and, of course, no tax increases are on the table.

Healthcare: Thirty-eight percent of the budget goes to fund heath care and social services. The healthcare budget for FY13 is $8.96 billion – up from the FY 12 budgeted amount of $8.28 billion.

It’s hard to predict what new federal healthcare laws–which don’t come into full effect until 2014– are going to do to the state budget in the long term or whether or not the U.S. Supreme Court is going to nix the whole thing.

In case that doesn’t happen, Louisiana now has the Bayou Health system.

Bayou Health is a Coordinated Care Network (CCN) in which private insurers manage healthcare for many who currently rely on the government to pay for medical services. It concentrates on preventative measures to get people to lead healthier life styles and is projected to produce $140 million in Medicaid savings.

The Behavioral Health Partnership, which includes the CCN, hopes to streamline services for more Louisianians not covered under Bayou Health. Louisiana is also privatizing or consolidating some state hospitals and using $1.4 million to phase in rural health clinics to keep people from packing community hospital emergency rooms, which can be costly.

Education: Jindal has won key components of his education reform with the passing of his school choice and teacher tenure bills. Reforms includes making it easier to fire and eliminating tenure for bad teachers, diverts money from public school to private school with vouchers and expands the state’s charter school system and online schooling.

The new budget continues expansion of the Minimum Foundation Program–the primary source for public school funding–with an increase from $3.39 billion in FY12 to $3.41 billion. The hike includes an increase of $27.9 million in money from the general fund in compliance with the annualized formula increase from the student count. Jindal hopes the state will be able to save money by giving parishes more control over funding and personnel.

The Department of Education, under the leadership of Superintendent John White, will continue implementing its 2010 reorganization plan. It is projected that continued reorganization would result in the reduction of 58 departmental positions, saving an additional $8.9 million.

The budget has no change in funding for higher education, with expected savings of $100 million to higher education in retirement expenditures in Jindal’s pension reform plan.

Pension Reform: Jindal is hoping to save the state money and reinvest it in other areas as he tackles Louisiana’s $18.5 billion Unfunded Accrued Liability (UAL) —the gap between what the state has on hand and promised benefits.

Reforms include eliminating the defined benefit model for new hires in favor of a 401K style contribution plan, changing the formula for calculating benefits to one that uses the salary average of the last five years of employment instead of the last three years, raising retirement age to 67 for those under 55 and increasing employee contributions from 8 percent to 11 percent. Reforms are projected to save $450 million in the first year. The reforms will not impact retirement for employees in K-12 schools, employees in law enforcement and other hazardous duty positions, nor benefits retirees are currently receiving.

Correctional Facilities: HB 850 to enable the sale and privatization of Avoyelles Correctional Center, passed through the House Appropriations Committee on a 13-11 vote and is scheduled to be brought to the floor for debate on Wednesday.

J. Levy Dabadie in Pineville is being absorbed into Avoyelles Correctional in Cottonport before being sold for privatization, should the bill—sponsored by Rep. Henry Burns, R-Haughton—be approved. Other facilities would lose programs, like substance abuse centers that are deemed to be inefficient. All this is supposed to save $4.2 million in FY 2013 and $15.8 million by FY 2014

More Streamlining: layoffs and other expense reductions would come in the Department of Children and Family Services, Department of Transportation and Development, Office of Group Benefits, Student Financial Assistance, Governor’s Office of Homeland Security and Emergency Preparedness, Department if Public Safety and the Department of Revenue. This is supposed to initially save the state about $20 million.

Louisiana’s debt is about $63 billion when you add up the budget gap, outstanding official debt, pension and other post-employment benefits (OPEB) liabilities and unemployment trust fund loans.