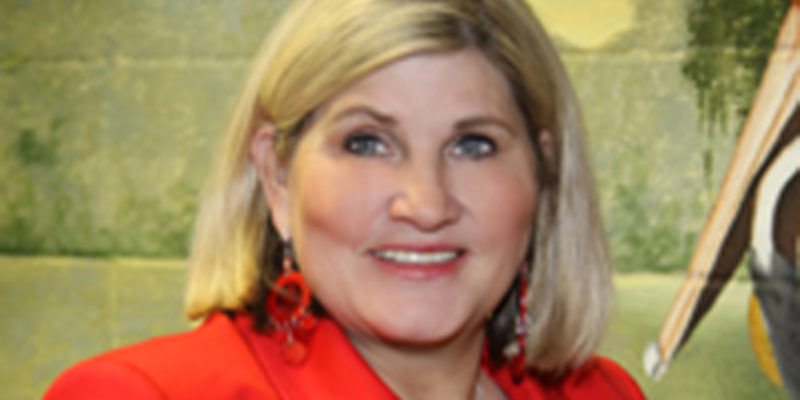 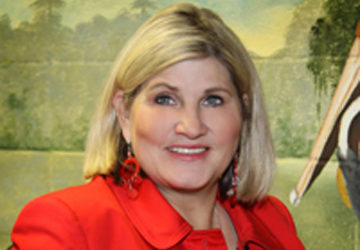 While vouchers, charters and teacher tenure reform have dominated the discussion of education reform in this legislative session, and as a result the final passage of those elements of Gov. Bobby Jindal’s reform package would be expected to have disposed of the controversy surrounding K-12 education policy for now, the fight isn’t over.

Not by a long shot.

Education reform isn’t just about school choice in Louisiana. It’s also about the creation of new, smaller and more compact school districts in jurisdictions where the public schools are a dismal failure. Chief in this latter part of the reform debate has been a bill by Sen. Bodi White (R-Central), SB 299, which would allow a vote on creating a school district in Southeast Baton Rouge bordered by I-12 to the north, I-10 to the west and the East Baton Rouge parish line to the south and east (an amendment to the bill in committee shaved off the area between I-10 and Airline Highway within the new proposed district; that amendment by its author Sen. Dan Claitor has made for an interesting furor in its own right). SB 299, which if it’s passed in the Senate and has a similar happy fate in the House, would put in front of the voters the fourth independent district in East Baton Rouge Parish. Two of the three already in existence, the Zachary and Central districts, are among the best in the state, while the main EBR school district is an unmitigated disaster.

The Caddo school district’s performance is somewhat similar to that of East Baton Rouge. Like EBR, Caddo’s overall district grade is a “D,” despite a healthy per-student yearly cost figure of some $10,900. And like EBR, the vast majority of the schools in the district are abject failures – just 14 of 60 Caddo public schools given a letter grade for the 2010-11 academic year were “A” and “B” schools.

That would seem to be a predicate for a second level of education reform in Caddo, would it not? Neighborhood school districts to go with charters and vouchers would build in layers of educational options and competition and while not necessarily improving the schools – Baker’s split-off school district has generated terrible results, for example – the creation of all those choices makes it clear that bad schools won’t go unnoticed for long without some pressure from somewhere for change.

And that’s why, having lost the school choice and teacher tenure battles, the status quo gang is now descending on the independent school district movement as its current bete noire.

SB 299 isn’t the subject of today’s flare-up, though. Instead it’s another bill on independent school districts. HB 609 by Rep. Alan Seabaugh would strike the references to “parish school boards” in the constitution and replace them with “local school boards” – and in so doing make it a lot easier to create an independent district like the one in Southeast Baton Rouge or one in Caddo if the local folks should choose one.

In response to HB 609, the Shreveport-Bossier affiliate of the Louisiana Federation of Teachers went ballistic. Jackie Lansdale, who is the president of something called Red River United (it’s nothing more than the amalgamation of the union teachers in those two parishes), fired off an ugly missive to teachers, principals, school board members, school district staff and Lord knows who else reading as follows (emphasis in original)…

Do you remember when we sent this out last January in response to behind closed doors attempts to break up the district? Once exposed, the backdoor cronies said they were not going to pursue splintering the district in this legislative session.

We must be delicious, because everyone wants a piece of us…But only the best pieces!

Now we know why. Representative Seabaugh has a bill scheduled to be heard in House Education this Wednesday, April 18th, which is even more devious. It will take away the voters right to weigh-in on whether they are for or against creating an independent school district. Under current law, the decision to create an additional district must go before the voters. HB 609 will remove geographic limitations on the legislature’s authority to create school districts. In short, the legislature will be the sole decision- makers in deciding whether to create additional districts.

We have three local legislators on the House Education Committee, Representatives Tom Carmody, Henry Burns, and Jeff Thompson. Thus far, they have voted down the line for every single thing the Jindal Administration has put before them. And make no mistake, you can consider Alan Seabaugh a good soldier as well. That is why it is incredibly important we all call, write, email, fax and let these local legislators know that this assault on Caddo Public School and for that matter, our democratic principles, is not to be tolerated.

We are a great district with great employees. Unlike all other urban districts in our state, we keep over 95% of students in our public schools. We know we have work to do especially in areas in high poverty areas, but a further balkanization, creating even a greater chasm between the haves and have-nots is not the way to do it.

PLEASE CALL, EMAIL, FAX, WRITE THE LEGISLATORS LIKE OUR DISTRICT DEPENDS ON IT!!!!!! Forward this to everyone you can think of and ask them to do the same.

As one might imagine, the communication generated by this letter has been vitriolic in the extreme.

To everyone in Caddo Parish that received or has read the letter from Jackie Lansdale and the Teacher’s Union about the bill currently pending in the Legislature (HB 609), please rest assured that not a single one of her facts was correct and she knows it. All the bill does is to do away with a STATEWIDE Constitutional Amendment everytime an ISD is created. If East Baton Rouge Parish wants to create another ISD (which they do), why should the entire state vote on it? My bill makes no changes to any other procedures or local options. It does not create any ISD’s in Caddo Parish or anywhere else. I have no idea why Jackie and the Teachers’ Union continue to lie to their members as they did about the Education reform bills recently passed, but they do. Please take time to read the bills and do not rely on them for information. All bills can be found at www.legis.state.la.us.

In addition, the Alliance for Education’s Scott Hughes also refuted Lansdale’s characterization of his organization’s efforts at studying the creation of ISD’s in Caddo…

First, the Alliance For Education had not, at public request, put out a plan or map yet. The boundary described above is not ours and is not even what we have discussed when we have discussed possible boundaries. We are not interested in a Forbing District.

Second, the proposed legislation is not ours not have we had much to do with it. As we understand it it was stated by Sen Bodie White from Baton Rouge who handled the three EBR ISDs and Rep Seabaugh has the version in the House. Current law allows the legislature to vote to establish new school districts. There is no public vote to establish a new district. The public vote is to amend the MFP funding formula to recognize any new district. The proposed bill would have one state wide vote this fall to amend the constitution to automatically recognize any school district established by the legislature.

In fairness this would likely make it easier to establish new districts, especially rural and poor district but under existing law today a district can be established by a vote of the legislature and [this] is all it takes if they make no claim to state funding.

The Alliance is studying the feasibility of decentralizing Caddo into smaller more flexible districts. [That] said we took no position on the Jindal reforms beyond saying they would pass and this bill is not our doing. It was originally proposed by [Sen. White, who] had done this three tunes already and is doing it now again in south Baton Rouge.

Of course, Lansdale and her cohorts among the teacher-union leadership acted in a similar fashion in their opposition to the school choice and teacher tenure bills, and in those cases they griped about the speed of their passage – which denied them the opportunity to engage in long-term demagoguery on that issue. Lansdale is similarly hard-pressed on Seabaugh’s bill, as it goes before the House Education Committee on Wednesday, so naturally she’s forced to firebomb the bill with falsities.

Read the bill yourself, and you’ll see nothing in there which would deny anyone the right to vote for or against the creation of ISD’s where they live. That Lansdale would make such an accusation is instructive; what she’s really upset about is that if there’s a statewide vote every time someone wants to create a new ISD it’s a lot easier to mobilize the teachers to turn out against the redirection of MFP funding.

And ISD’s tend to be quite hostile to teachers’ unions. It’s instructive that while the EBR schools were closed for the first day of committee hearings on Jindal’s school choice and teacher tenure bills so the union members could protest at the Capitol instead of doing their jobs, Zachary and Central schools were open.

But vitriolic and inaccurate statements like those in Lansdale’s epistle are neither something new nor very persuasive. They’re boilerplate from what we’ve heard from the teachers’ unions – one can be certain that Lansdale’s liege Steve Monaghan from the Louisiana Federation of Teachers will repeat them, echoed by Monaghan’s pals John Bel Edwards and Pat White on the Education Committee, in Wednesday’s hearing on HB 609 – and they just don’t work anymore. Louisiana’s voters had the opportunity to voice their opinions on these issues and they resoundingly chose change. And the legislature those voters produced is bent on embarking on that change – which means bills like HB 609 are likely to pass regardless of Lansdale’s e-mails.

Interested in more news from Louisiana? We've got you covered! See More Louisiana News
Previous Article The FY 13 Budget Bobby Breakdown
Next Article Did They Ride The Bus To That Street-Corner?